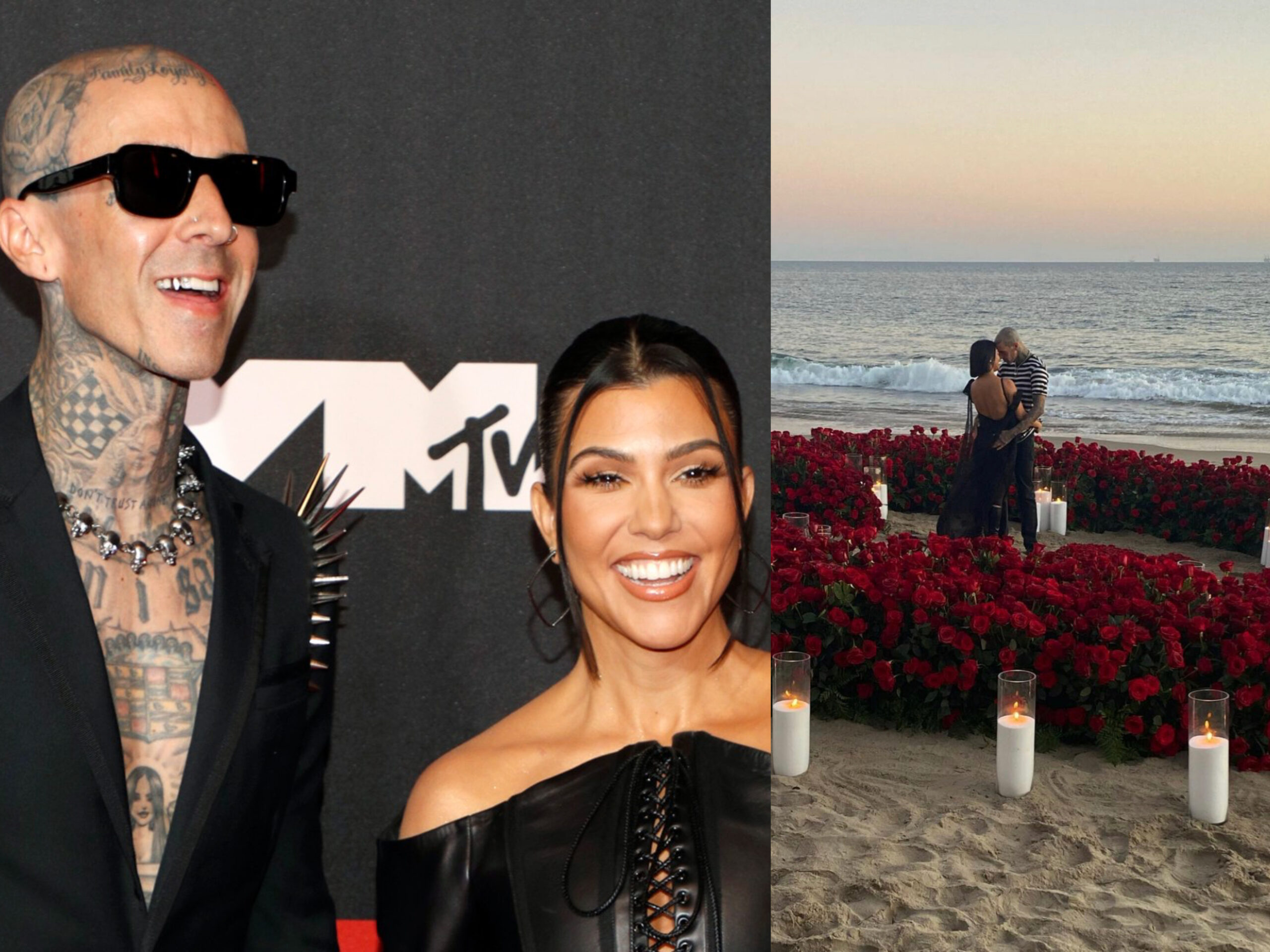 The 42-year-old Kardashian confirmed the new by sharing two photos of Barker’s proposal at a beach in California on Instagram, alongside the caption: “Forever”.

Barker, 45, arranged the proposal at a beach in Montecito, near Santa Barbara in California, according to People magazine and celebrity website TMZ in the US.

The images posted on social media showed an elaborate arrangement of red flowers and candles on the sand.

Kim Kardashian, billionaire and younger sister to Kourtney also shared a video of the couple kissing via her Twitter page.

The duo started dating in January 2021, though they’ve been friends for years and the Blink-182 drummer had made an appearance on the popular television series, ‘Keeping up with the Kardashians’.

According to TMZ, Barker proposed at a beachside hotel located at Montecito, in California, where he got on bended knees and presented her with an engagement ring.

The 45-year-old drummer and music producer popped the big question, as he asked Kardashian to be his wife and she said yes. They shared hugs and kisses to seal their engagement.

With this marriage proposal, Kardashian would be getting married for the first time, even after she has had three kids for her ex-lover, Scott Disick.

Barker was also previously married two times. He was first married to Melissa Kennedy from 2001 to 2002. From 2004 to 2008, Barker married former Miss USA, Shanna Moakler and they had two children together.

The couple sparked rumours they were in a relationship at the beginning of 2021, confirming their romance around Valentine’s Day, after years of friendship.

He and Kardashian have shared pictures throughout their relationship with their followers on Instagram.

In August, the star took a flight for the first time since he survived a plane crash in which four other people died in 2008, and appeared to credit Kardashian with helping him face his fears – sharing a picture with the caption: “With you anything is possible.”