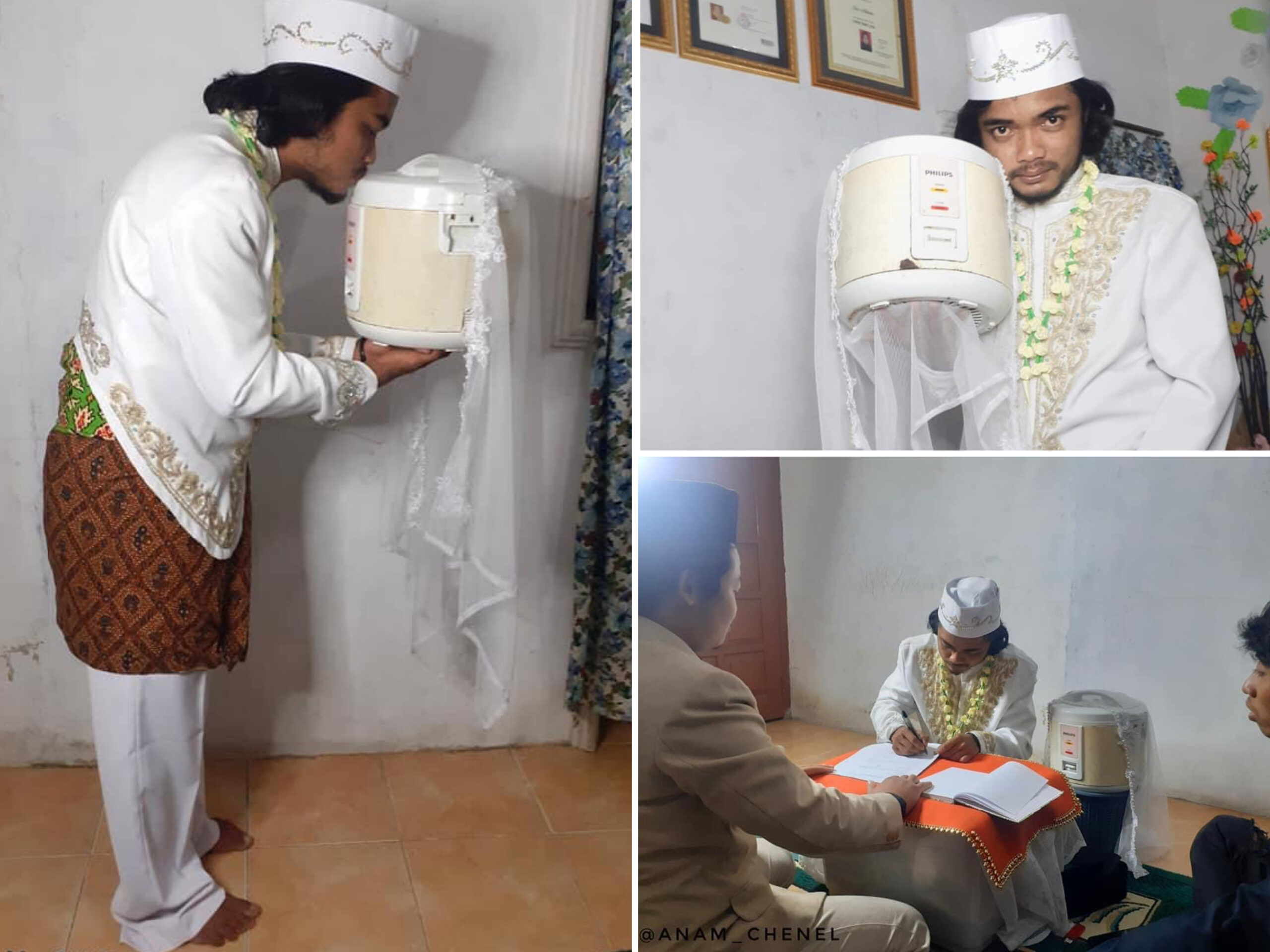 A man in Indonesia has made the headlines after he “married” a rice cooker – electric appliance used to make rice for everyday meals.

The man’s “wedding ceremony” to his beloved appliance went viral on social media after he shared a bunch of photos showing him dressed up in wedding attire, while the rice cooker donned a bride’s veil. 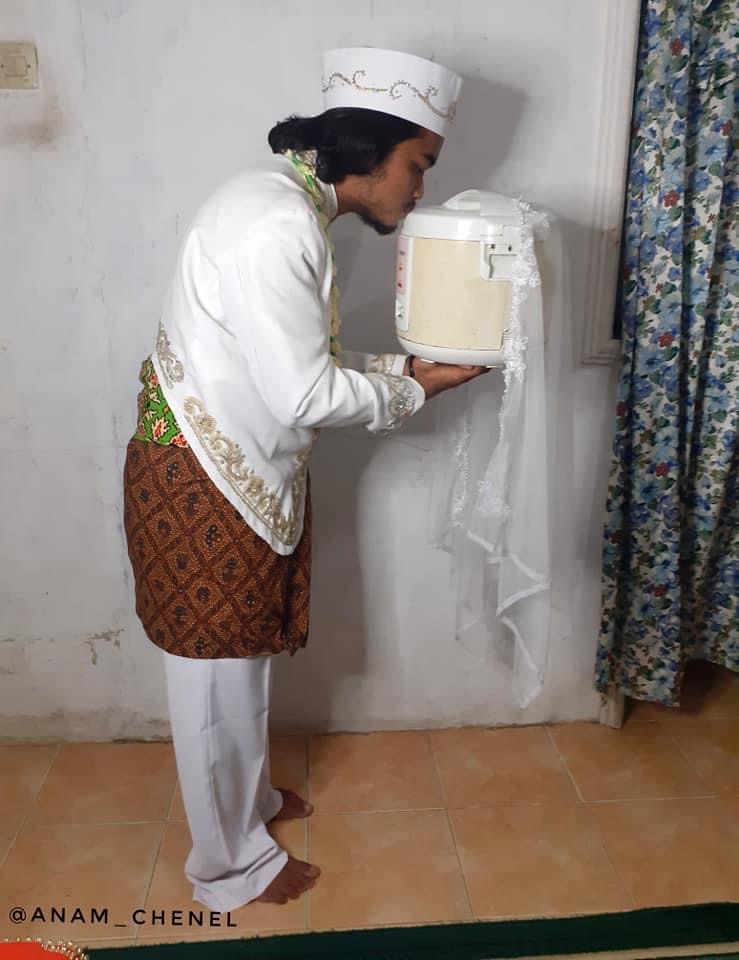 In the caption, the man named Khoirul Anam hailed his “new bride”, saying the rice cooker is “white (fair), doesn’t talk much, and great at cooking“. 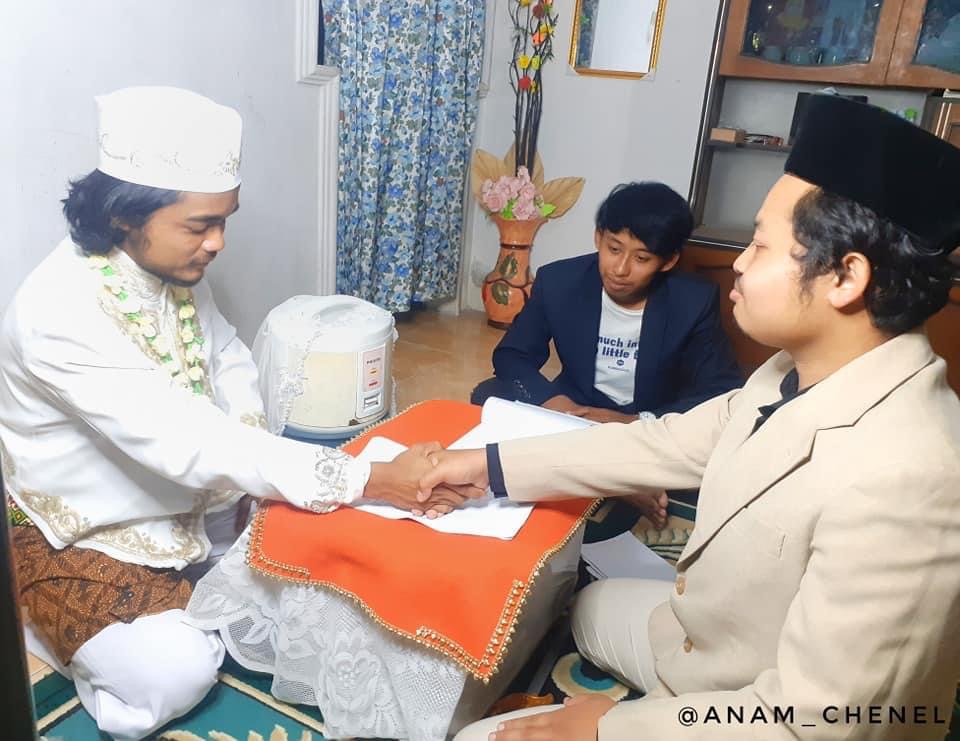 Khoirul Anam posted the pictures on his Facebook page to announce his marriage with the rice cooker on September 20. 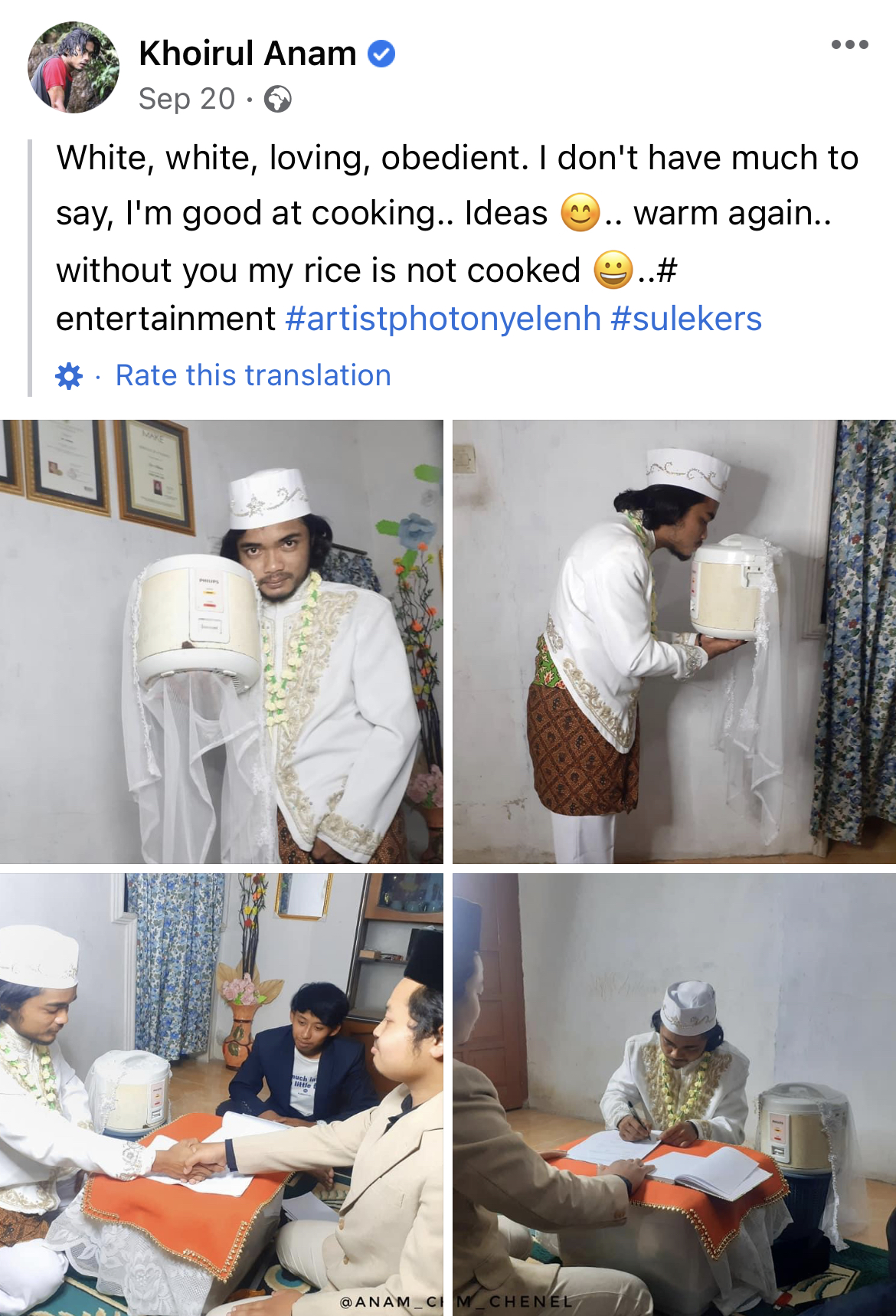 The photos have gone viral, with people sharing their opinion.

Objectophilia or object sexuality is a form of sexual or romantic attraction towards inanimate objects. People with such an attraction may have strong feelings of love and commitment to certain lifeless objects.

Sound Sultan’s Widow Celebrates Him On Their Wedding Anniversary