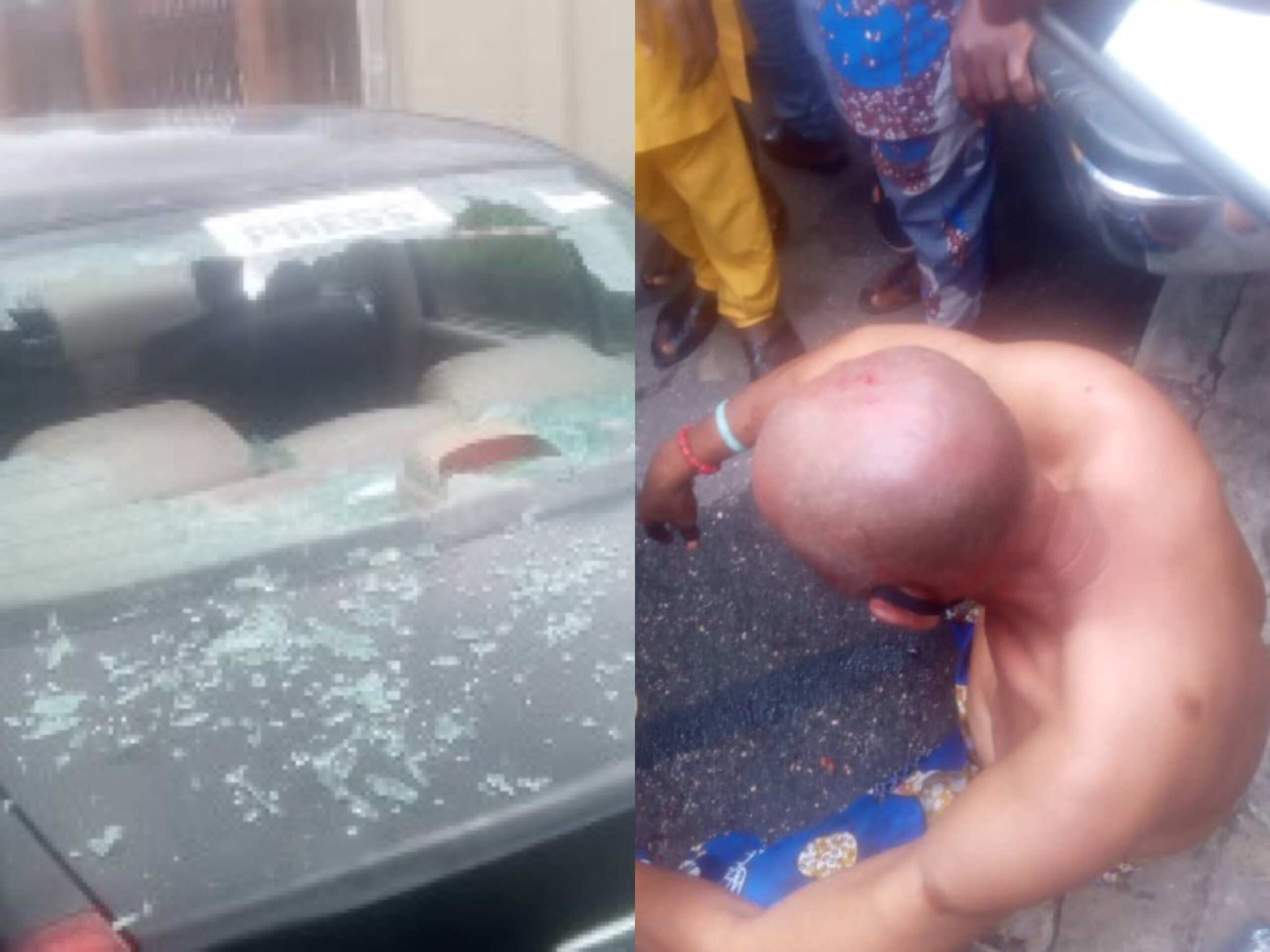 A commotion ensued in the early hours of Saturday in Ibadan as hoodlums disrupted the congress organised by a faction of Peoples Democratic Party (PDP) in Oke-Odo, Oyo state.

According to TheCable, a gang of thugs unleashed violence and damaged several vehicles at the Jogor Center venue of the congress.

One of the cars damaged belongs to Murhi International Television (MiTV), which was used to convey reporters to the scene.

The attack was carried out at the entrance of the venue while the Congress was ongoing with the election of officials by delegates from the 33 local governments in the State.

The hoodlums were also seen brandishing cutlass, axes, guns and other dangerous weapons. 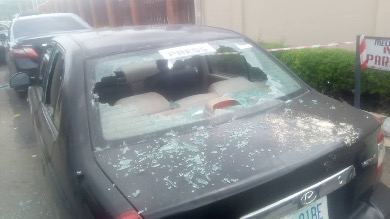 A yet-to-be-identified delegate sustained matchet wounds as he was struck on the head but was later given medical attention.

Meanwhile, one of the hoodlums was caught by the members of the party and had been handed over to the police.

Oyo PDP have been enmeshed in a crisis in the last few months, which had resulted in protests against Seyi Makinde, governor of the state.

The rift had split the party into two factions. One group is loyal to the governor while another set of supporters belong to the camp of Mulikat Akande-Adeola, a former house of representatives member.

While the Makinde-led faction held its congress at Adamasingba Stadium, Ibadan, the other group opted for a parallel convention at Jogor Center, where the hoodlums attacked.

Eyewitnesses told the publication that the hoodlums stormed the venue through the back gate, shooting sporadically into the air and attacking people at the venue.

The number of casualties was not determined at the time of filing this report.