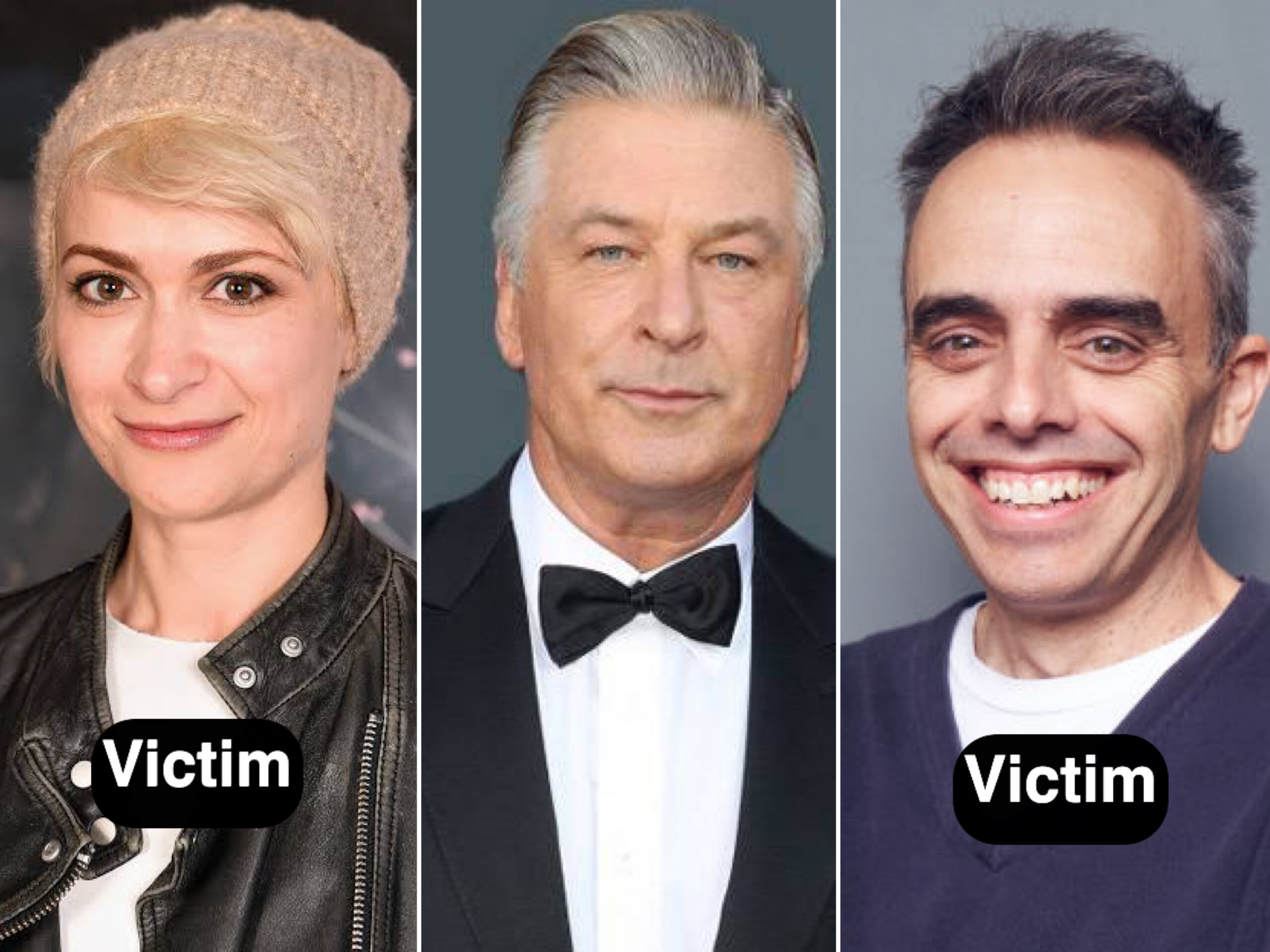 The incident took place on Thursday at the set of “Rust”, at Bonanza Creek Ranch, a popular production location south of Santa Fe.

Baldwin co-produced the film and stars as ‘Harland Rust’, an outlaw whose grandson is convicted of murder, and who goes on the run with him when the boy is sentenced to hang for the crime.

The Sheriff’s office said in a statement that Hutchins and Souza “were shot when a prop firearm was discharged by Alec Baldwin, 68, producer and actor.”

It said it received a 911 call reporting the incident, in which someone could be heard reporting that, “We have a person who was shot accidentally.”

Hutchins, 42, was then transported by helicopter to University of New Mexico Hospital in Albuquerque, where she died. While, Souza, 48, was taken by ambulance to Christus St. Vincent Regional Medical Center in Santa Fe, where he received emergency treatment for his injuries, according to Santa Fe County Sheriff’s office.

Baldwin was questioned by investigators, and was in tears following the incident, Santa Fe New Mexican reports.

He (Baldwin) provided statements and answered their questions. He came in voluntarily and he left the building after he finished his interviews. No charges have been filed and no arrests have been made.

Meanwhile, no one has been arrested in the incident, and no charges have been filed, the office said. Detectives are interviewing witnesses, and the incident remains under an “open and active” investigation, according to the Sheriff’s office.

Hutchins’ death was confirmed by the Sheriff’s office and by International Cinematographers Guild, Local 600.

John Lindley, the president of the guild, and Rebecca Rhine, executive director, in a statement, expressed;

We received the devastating news this evening, that one of our members, Halyna Hutchins, the Director of Photography on a production called ‘Rust’ in New Mexico died from injuries sustained on the set. The details are unclear at this moment, but we are working to learn more, and we support a full investigation into this tragic event. This is a terrible loss, and we mourn the passing of a member of our Guild’s family.

On its part, Rust Movie Productions LLC, the production entity behind the film, issued a statement on Thursday night, saying that the cast and crew are “devastated” and that the company is cooperating fully with the investigation.

The entire cast and crew has been absolutely devastated by today’s tragedy, and we send our deepest condolences to Halyna’s family and loved ones. We have halted production on the film for an undetermined period of time and are fully cooperating with the Santa Fe Police Department’s investigation. We will be providing counseling services to everyone connected to the film as we work to process this awful event.

A spokesperson from the production also told The Hollywood Reporter the “accident” involved the misfiring of a prop gun with blanks.

Movie sets usually have stringent rules over the use of prop weapons, but accidents have happened.

Most famously, Brandon Lee, the son of martial arts legend Bruce Lee, died during the filming of “The Crow” after being shot by a gun that was supposed to fire blanks.

Baldwin has been on television and in films since the 1980s. He starred in a number of high-profile movies, including in “The Hunt for Red October” and two iterations of the “Mission: Impossible” franchise, and has also voiced animated characters in hits like “The Boss Baby”.

He garnered new fans with his long-running portrayal of Donald Trump on “Saturday Night Live”, a character that irritated the former president, but won Baldwin a Primetime Emmy.