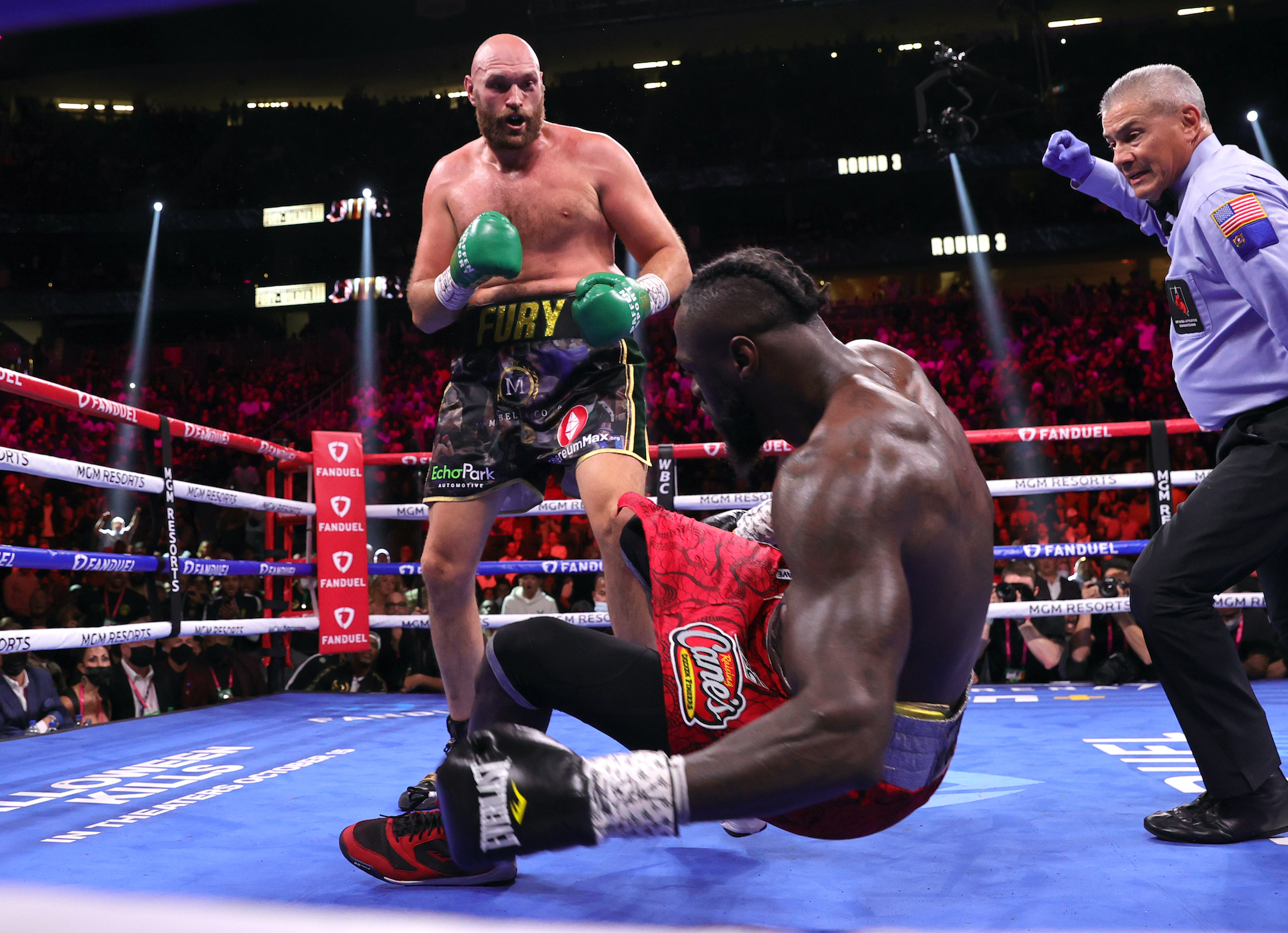 Tyson Fury has retained his WBC heavyweight title on Saturday with a spectacular 11th-round knockout of Deontay Wilder as their trilogy fight delivered a boxing classic.

In an epic battle in front of 15,820 fans at T-Mobile Arena in Las Vegas, both fighters were knocked down on multiple occasions in an enthralling contest full of improbable twists and turns. 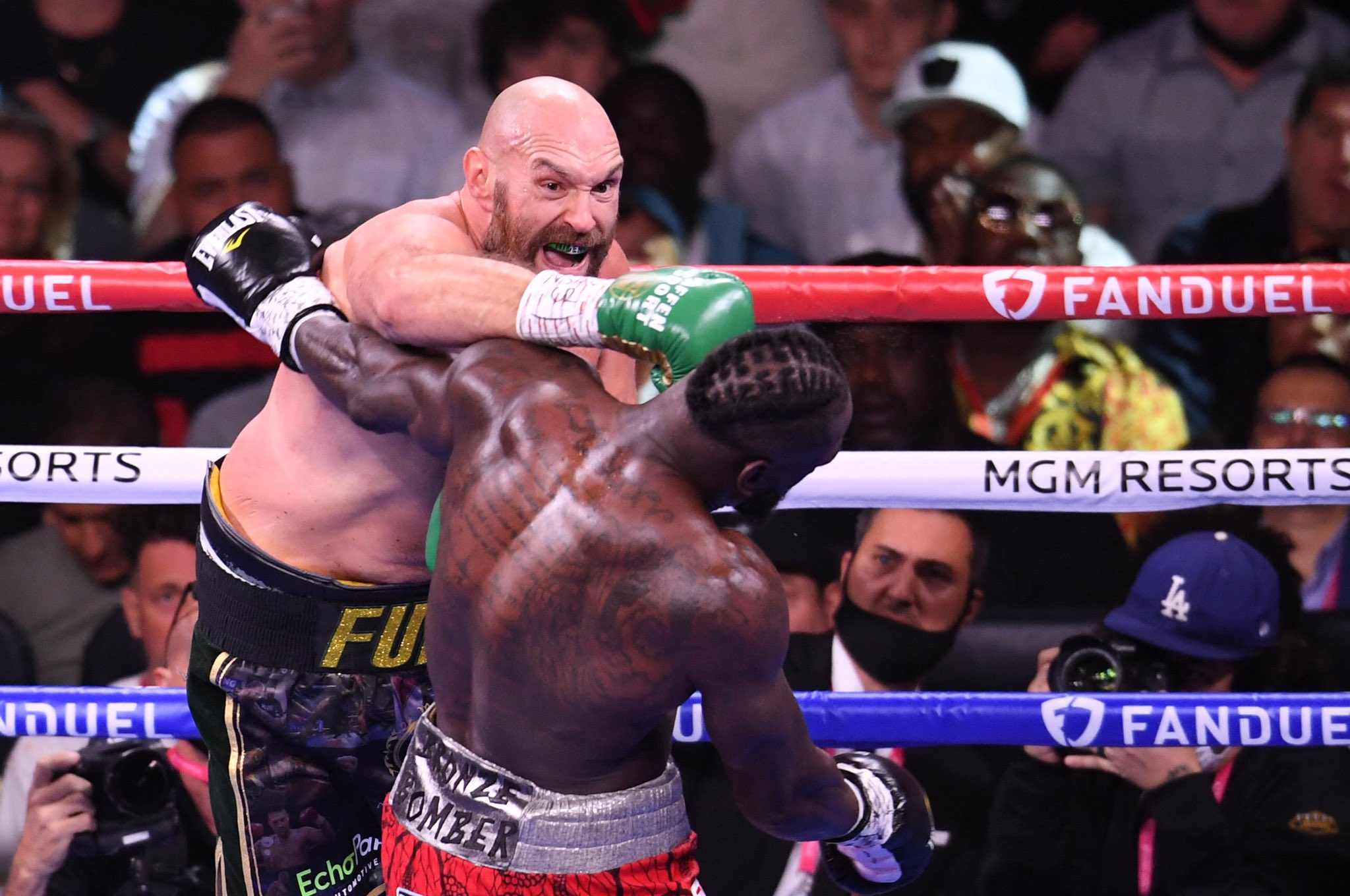 Fury looked to have gained the upper hand after flooring Wilder in the third round, only for the 35-year-old from Alabama to respond with two knockdowns that had the English champion clinging on desperately in the fourth.

However, it was the bigger, heavier Fury — landing the cleaner and more damaging blows — who finished the stronger, and the champion had Wilder down once again in the 10th with a right hook.

Wilder responded bravely to that knockdown by wobbling Fury in return. However, the brutal energy-sapping nature of the fight, and Fury’s relentless physicality, finally took its toll on Wilder in the 11th. 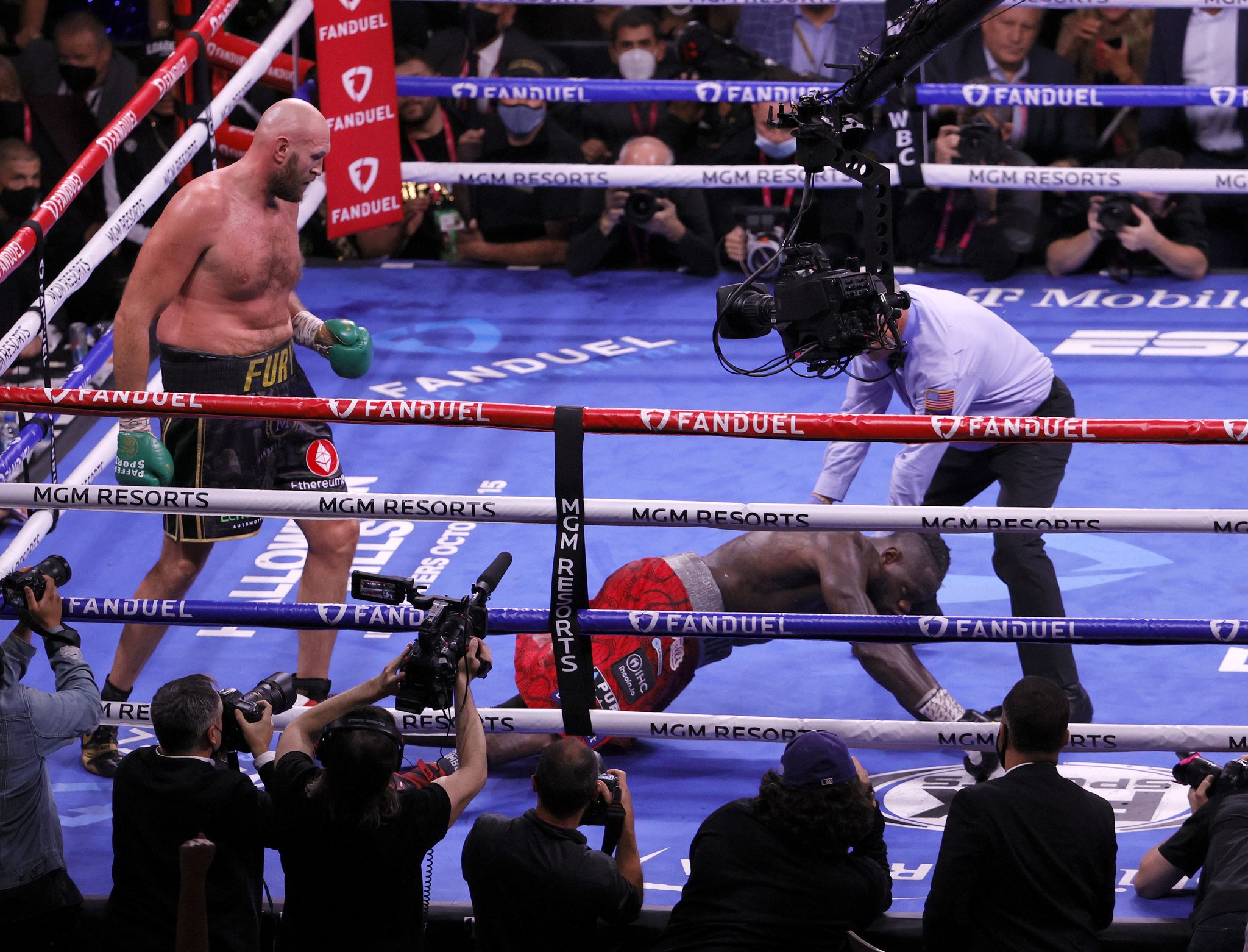 With the American exhausted and on the ropes, Fury landed the decisive combination.

A right uppercut scrambled Wilder’s senses before Fury crashed a right hook into his opponent’s temple that sent the challenger tumbling to the canvas, barely conscious.

Shots like that end careers. I just hope that he’s OK. Because he took a lot of punishment tonight. Don’t ever doubt me. When the chips are down I will always deliver. I give him the glory for the victory. He’s a tough man — he took some big shots tonight. It was a great fight tonight as well as any trilogy in history.

Saturday’s bout was the third instalment of an acrimonious rivalry between Fury, the trash-talking self-styled “Gypsy King” and Wilder, the heavy-handed knockout specialist regarded as one of the most destructive punchers in the sport. 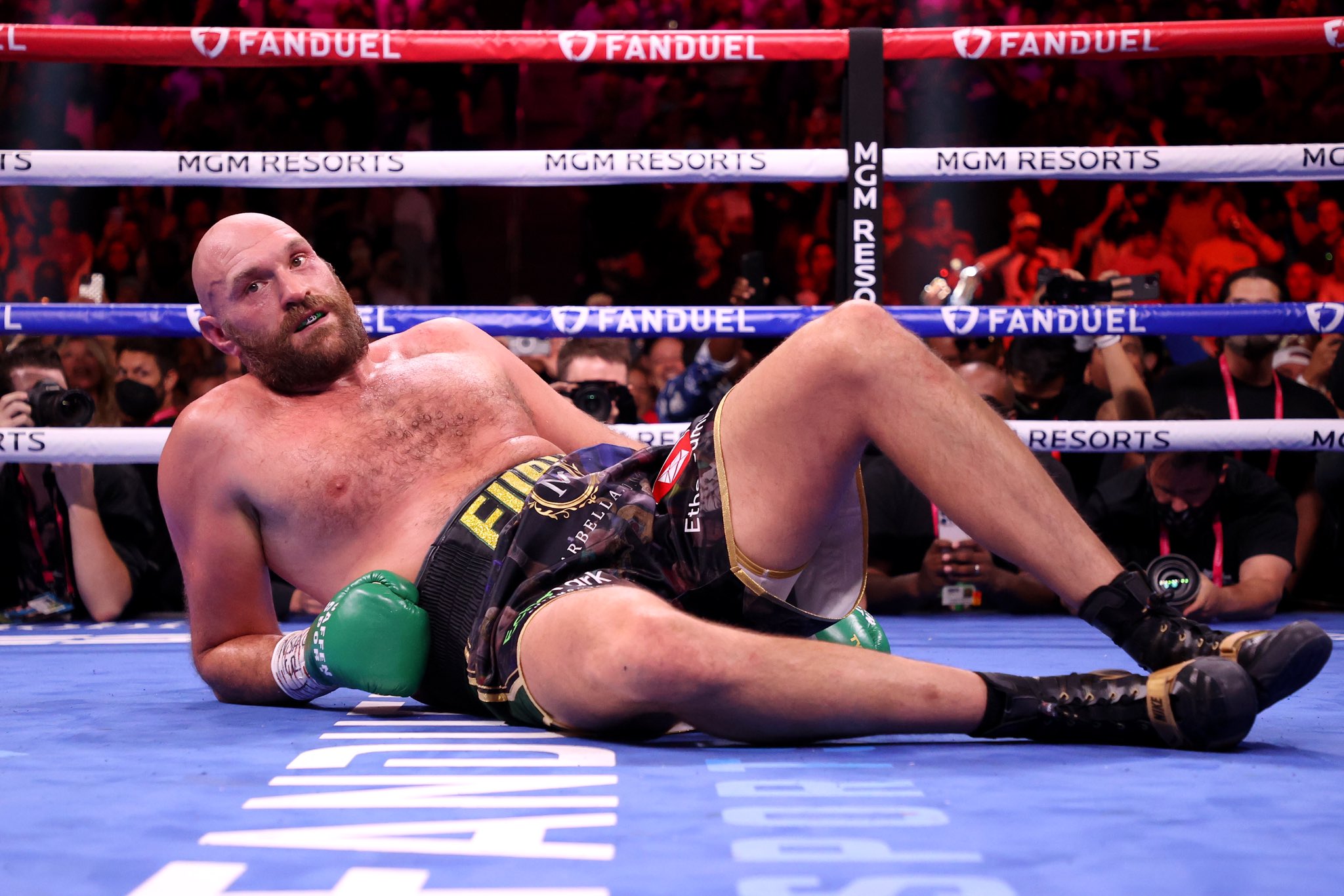 Fury had scored a seventh-round knockout of Wilder in their second fight 20 months ago, after the two men shared a controversial draw in their first meeting in Los Angeles in 2018.

Both fighters entered the ring on Saturday at their heaviest ever fighting weights, with Fury tipping the scales at 277lbs (125.6 kg) and Wilder at 238lbs.

Wilder’s camp said the extra bulk was designed to give their fighter a quick early rounds knockout.

However, although Wilder started aggressively, working Fury’s midsection in the opening two rounds, he was unable to find the precision to hurt the elusive Fury, who by contrast repeatedly scored with his right. 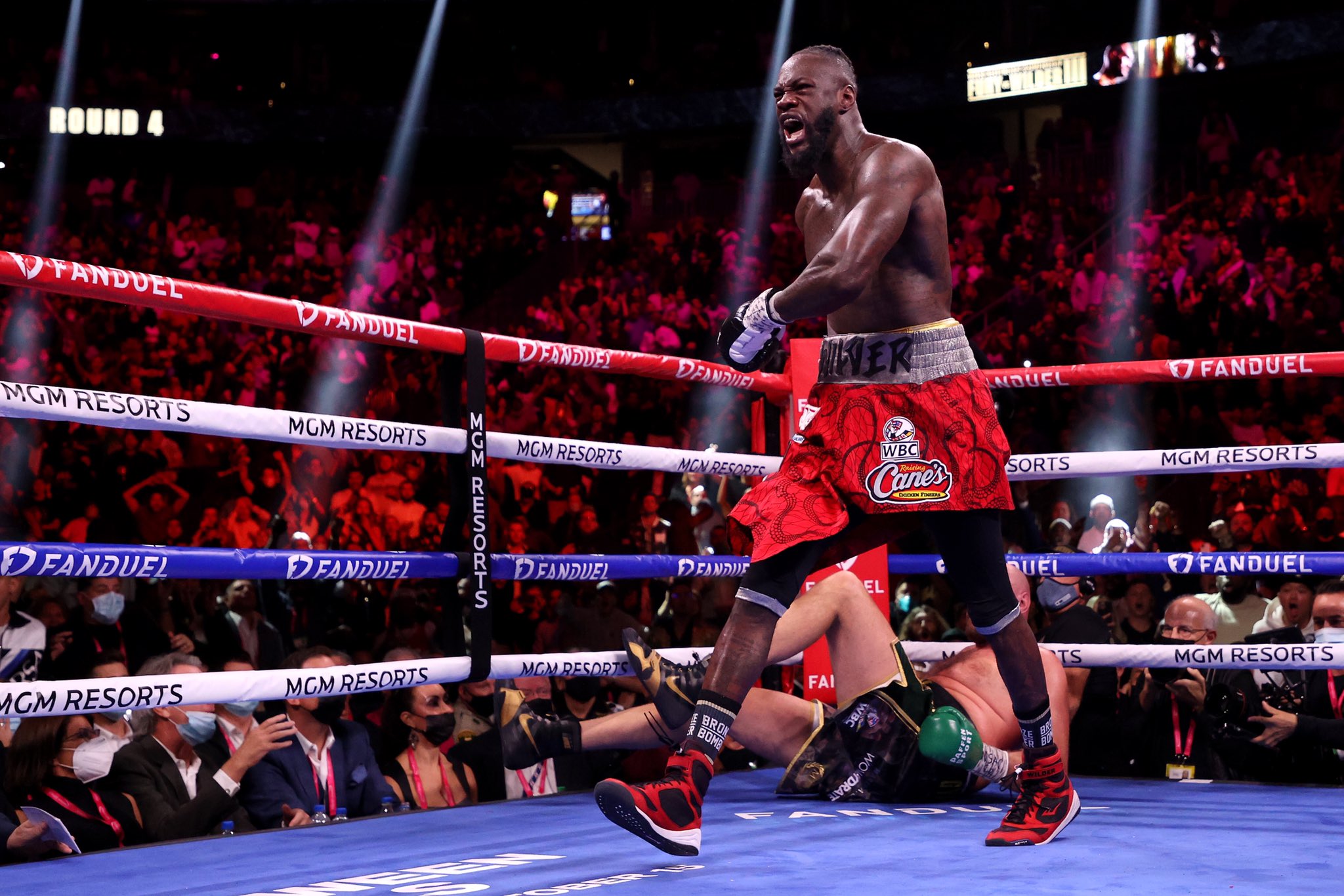 The fight appeared to have swung decisively in Fury’s favor in the third, when he landed a left hook and a pair of right uppercuts to put Wilder down. The American finished the round dazed and on the ropes with Fury poised to go in for the kill.

However, incredibly Wilder rallied in the fourth round to put Fury on the canvas twice, once with his feared straight right and again with a right hook.

This time it was Fury who seemed to be in peril, but the champion was able to clear his head and survive. 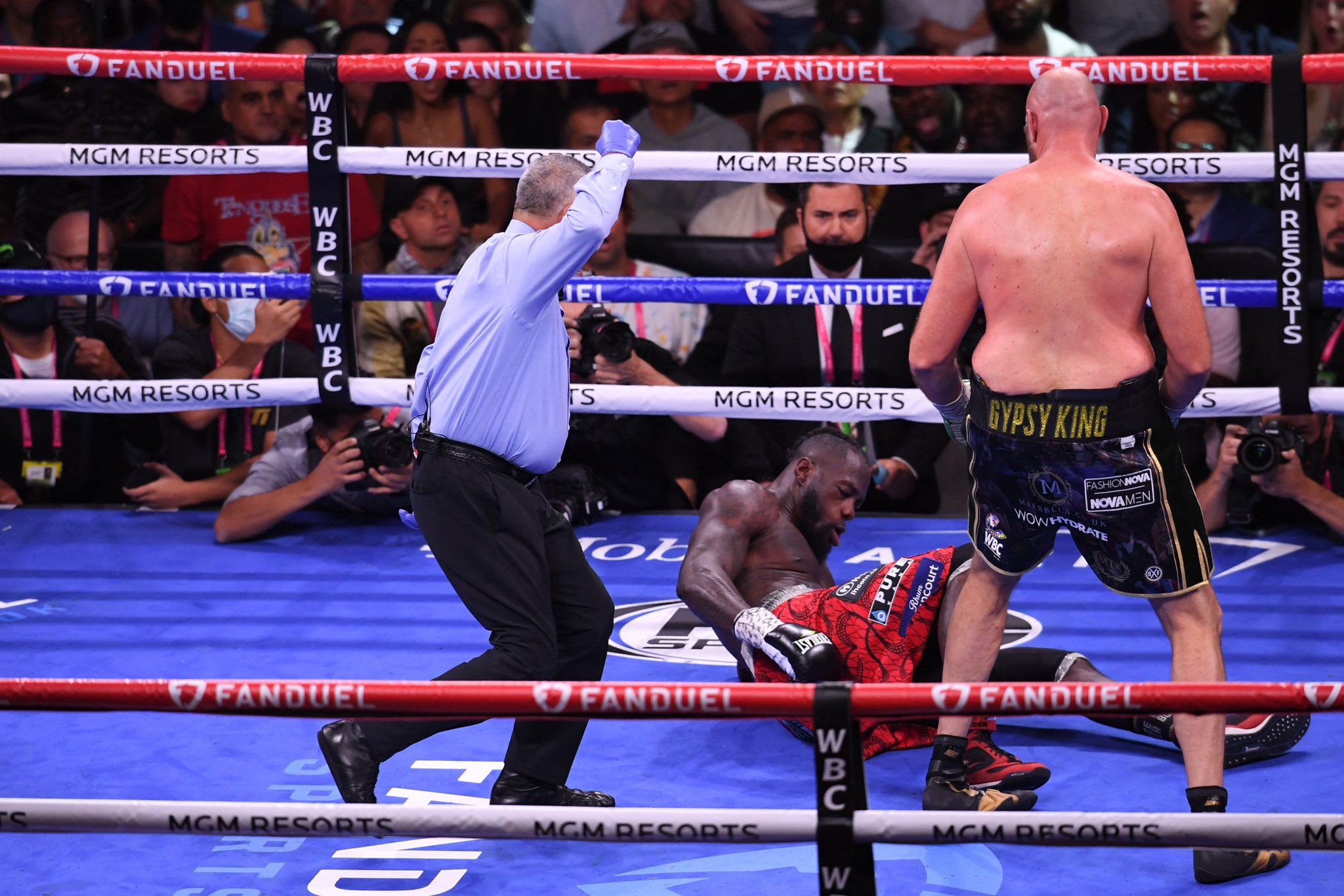 Fury then recovered to dominate the middle rounds, repeatedly stunning Wilder who showed remarkable resilience in the face of a sustained onslaught.

Yet just when it looked as if the denouement could come at any moment, Wilder summoned another rally in the ninth round, rocking Fury once again with an enormous right hand. 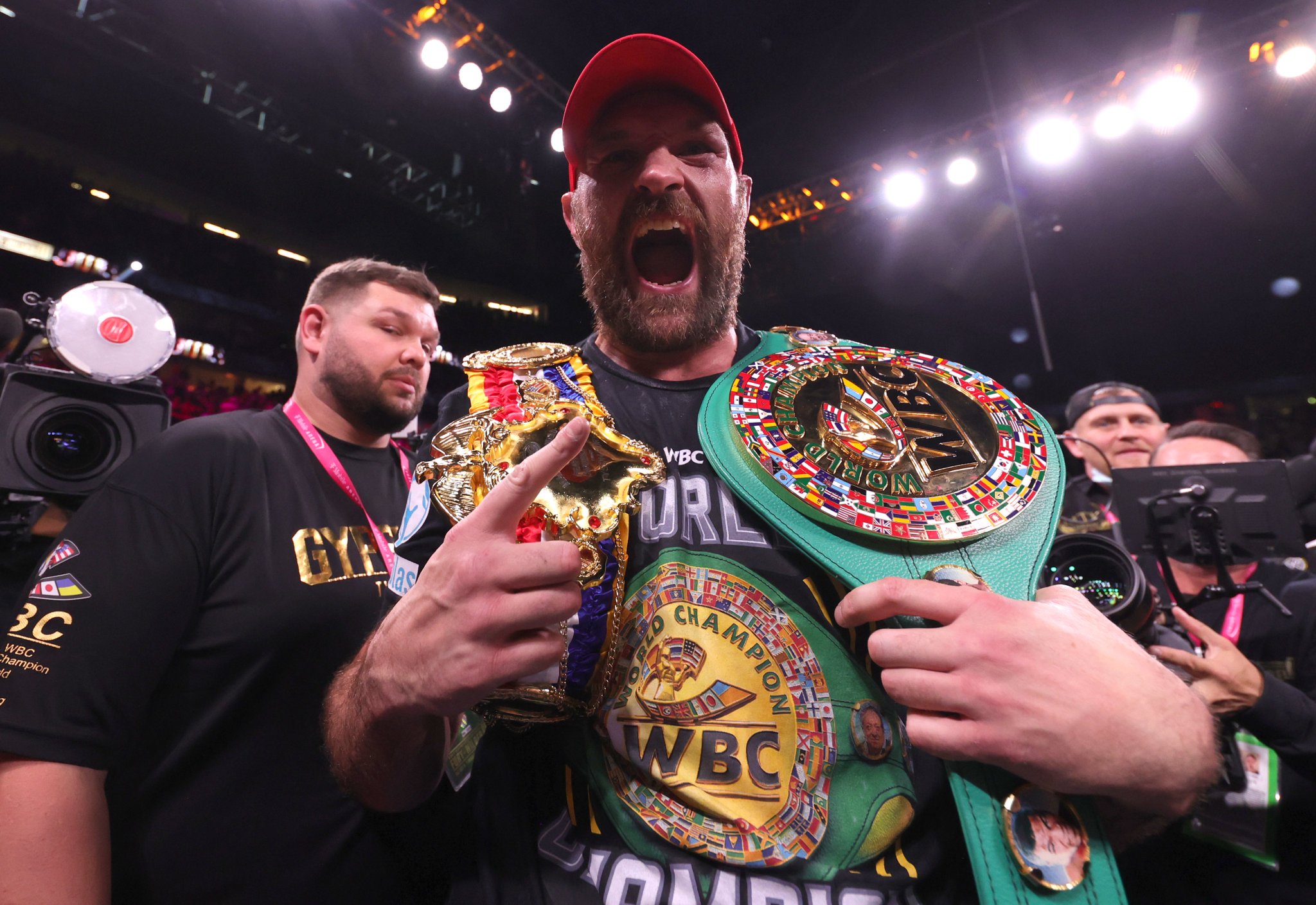 But momentum shifted back to Fury in the 10th as he opened up with a devastating exchange to put Wilder down. Again the American found reserves of strength to fight back, wobbling Fury near the end of the round as the fans roared their appreciation.

Wilder’s resistance was broken once and for all in the 11th round though as Fury’s devasting final combination settled a gripping battle.

Fury, who improved to 31-0-1 with 22 knockouts, revealed afterwards he had sought to pay his respects to Wilder after the fight, but had been rebuffed.

We fought like two warriors in there. And I went over to shake his hand and say well done and he was like ‘No, I don’t respect you’.

I was like ‘How can you say I’ve cheated when you know in your heart, you’ve been beaten fair and square?’ Is he a sore loser or what? But I’ve acted like a gentleman throughout my career and that’s all I can do.

Wilder, who was taken to a Las Vegas hospital following the fight as a precaution, did not speak to the press following the bout. 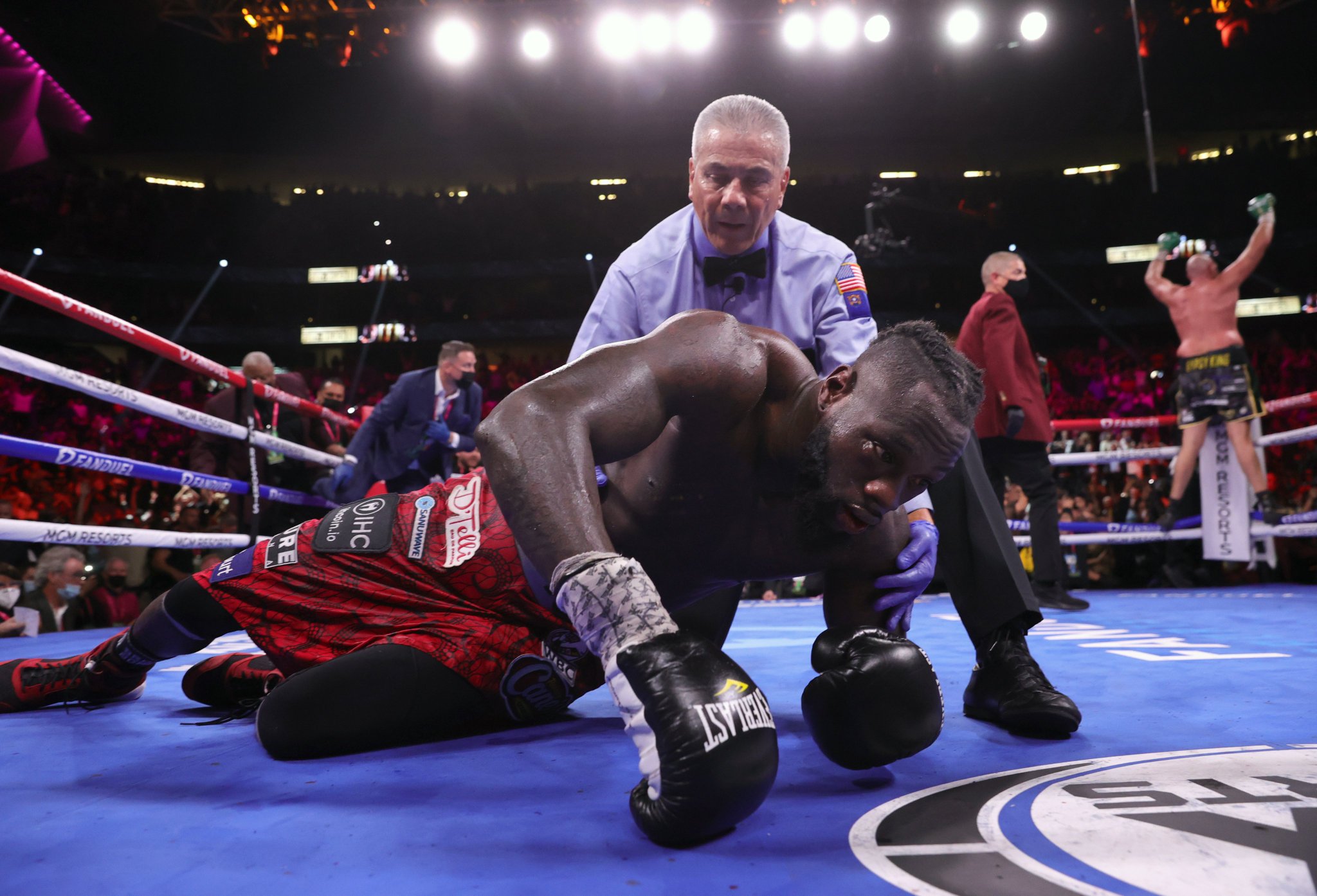 However in brief remarks he acknowledged he had struggled to deal with Fury’s size.

I did my best, but it wasn’t good enough. I’m not sure what happened. I know that in training he did certain things, and I also knew that he didn’t come in at 277 to be a ballet dancer.vHe came to lean on me, try to rough me up and he succeeded.