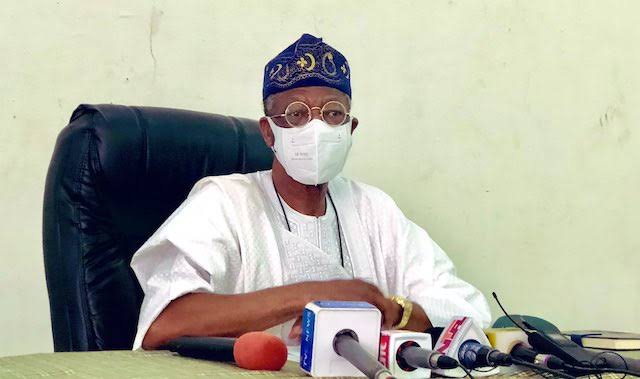 Minister of Information and Culture, Lai Mohammed, stated this on Thursday in Abuja at 2021 Annual Lecture of Federal Radio Corporation of Nigeria (FRCN).

News Agency of Nigeria (NAN) reports the lecture with the topic “The Imperative of Disability Inclusion in National Transformation” was organised by FRCN in conjunction with Albino Foundation and European Union (EU).

NAN reports that the decision by the minister was sequel to a complaint by a participant at the event, Monsurat Abdulwasiu, that the deaf had been excluded by the media.

Ms Abdulwasiu, a former leader of Abuja Association of Deaf, Women’s Wing, who spoke through a sign interpreter, said that they suffered exclusion because they just stared at pictures during news hour without knowing what they were saying.

So, what happens to deaf people when they are reading news and when they are sick and go to hospital. Does it mean that we are not entitled to information and healthcare? The government needs to look into this.

I am very touched by the contribution of the young lady who said there is need for sign interpreters during the network news and other major news belts.

This will not apply to only the Nigeria Television Authority, whether public or private television stations, they must comply with the directive.

This directive will work both ways, it means the complaint of exclusion will be tackled and the persons with disability of hearing will also be included in programmes and policies of government.

Earlier, the Director-General of FRCN, Mansur Liman said the discrimination being suffered by more than 29 million population of Persons Living with Disabilities in the country was unacceptable.

He said his organisation believed in inclusion and dignity of Persons Living with Disabilities which informed the theme of the lecture, to proffer solutions by experts.

Samuela Isopi, Ambassador and Head of the European Union Delegation to Nigeria and ECOWAS, commended Federal Government for the passage of Disability Rights Act.

Mrs Isopi who was represented by, Olaolu Olawumi, the programme director, said the EU was a strong partner in Nigeria’s efforts at disability inclusion.

We are working with key stakeholders to promote access to justice, political participation, as well as social services. The community of PWDs is very dear to us and we have sought to prioritise their welfare.

The founder of the Albino Foundation, Jake Epele, said the time has come for PWDs to take the space with the openings given to them by the Federal Government.

He said a lot more was needed to be done and he dreamt to see the day when a PWD would become the President of the country, state governors and hold other key political offices in the country.

Adele Returns With First Single In Five Years, ‘Easy On Me’