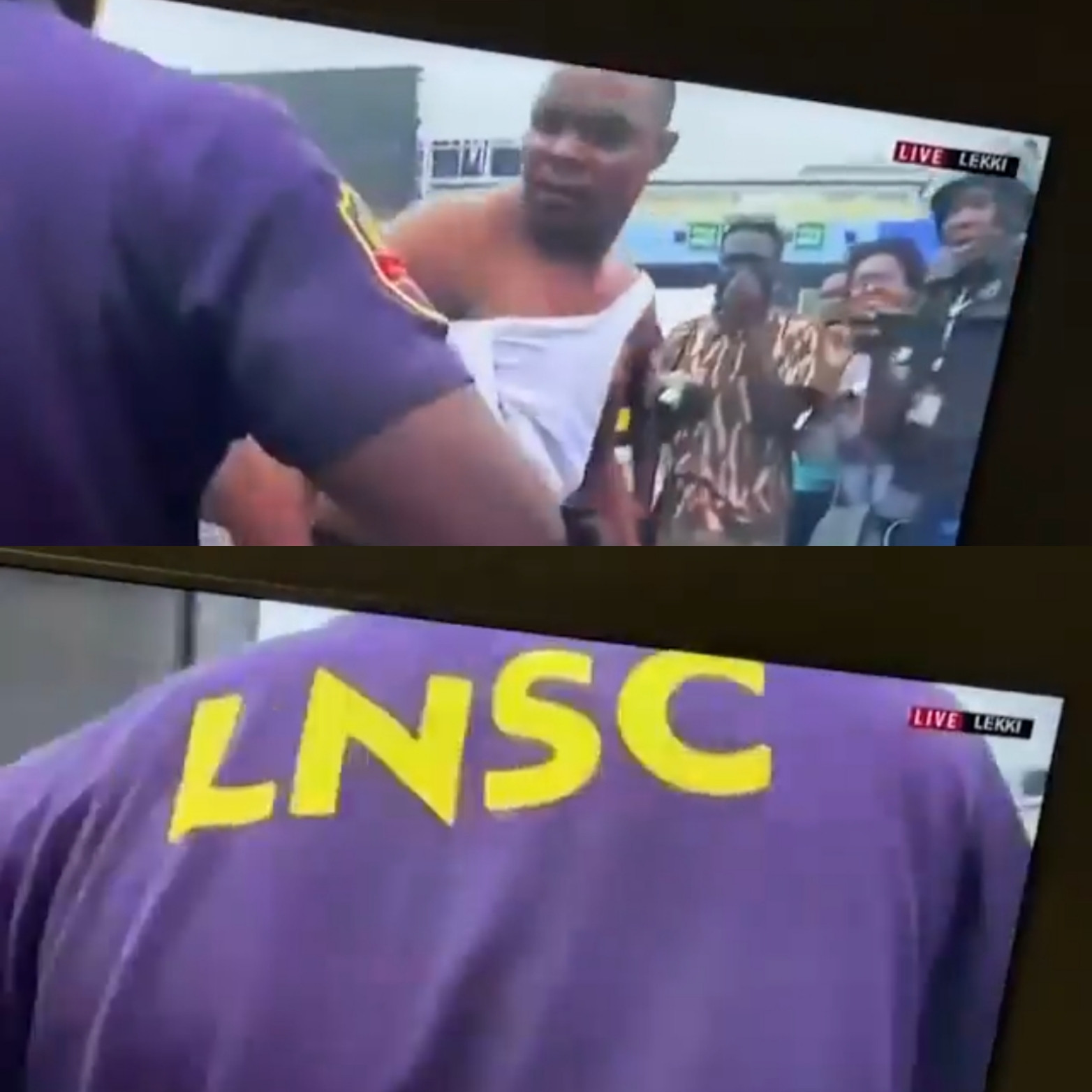 During the protest, the Uber driver, who refused entering into a police van following his arrest, was manhandled by police officers and officers of LSNA at Lekki Toll gate.

The victim was wounded and pepper strayed while resisting security agents who tried to force him into the van.

Reacting, Management of Lagos State Neighbourhood Agency said its officers captured in the viral video at the scene of the EndSARS anniversary have been summoned.

He said that they will face an internal orderly trial to determine their culpability and dealt with if found guilty.

General Manager of LSNA, Prince Ifalade Oyekan condemned the conduct of the Officers, describing it as below the standard operating procedure of the Agency.

The Management of the Lagos State Neighbourhood Agency has summoned its Officers captured struggling with a fellow arrested in a viral video emanating from the scene of the ENDSARS anniversary.

In the aftermath of the incident, the General Manager of the Agency, Prince Ifalade Oyekan decried the conduct of the Officers as he believed it was below the standard operating procedure of the Agency, especially as it affects the protocol of arrest.

As an Agency striving to meet its role in the THEMES Agenda of the Governor Babajide Sanwo-Olu Administration, the Agency will not condone any form of indiscipline or actions capable of bringing it to disrepute, while it will as a socially responsible management give the Officers the opportunity for fair hearing.

Consequently, the Officers will face an internal orderly trial to determine their culpability in the said event and dealt with if found guilty.

However, in the same vein, the Management of the Agency sincerely apologise to the general public if there was actually any infraction, while promising to ensure that justice is served, as we remain undaunted in our commitment to ensuring the safety and security of the good people of Lagos State. 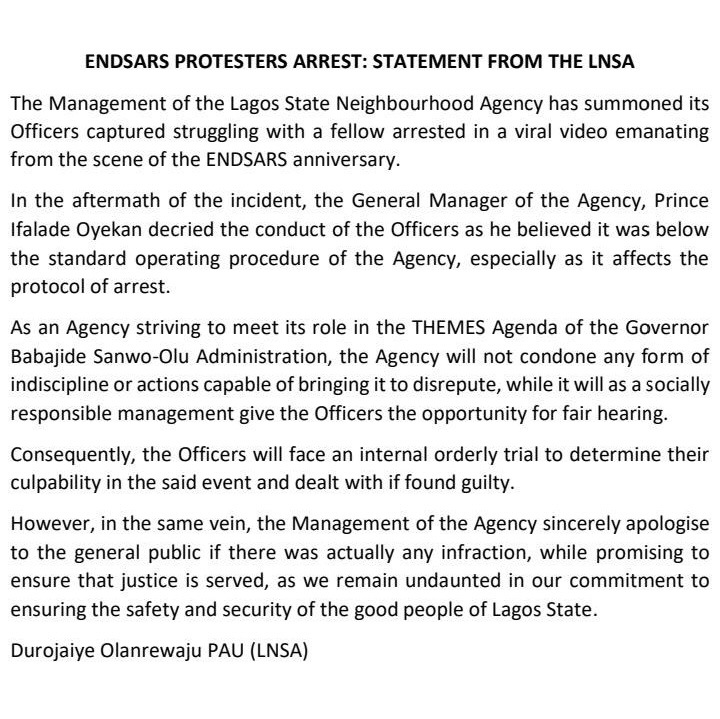 Watch the disturbing videos below;

This is a very disturbing image…. My question is how on earth will a LNSC official slaps a citizen pic.twitter.com/rEHUVI9kPZ

Ah make I no catch this LNSC officer for road, I fit deck am 👿💀 pic.twitter.com/uAX7MBNrwh