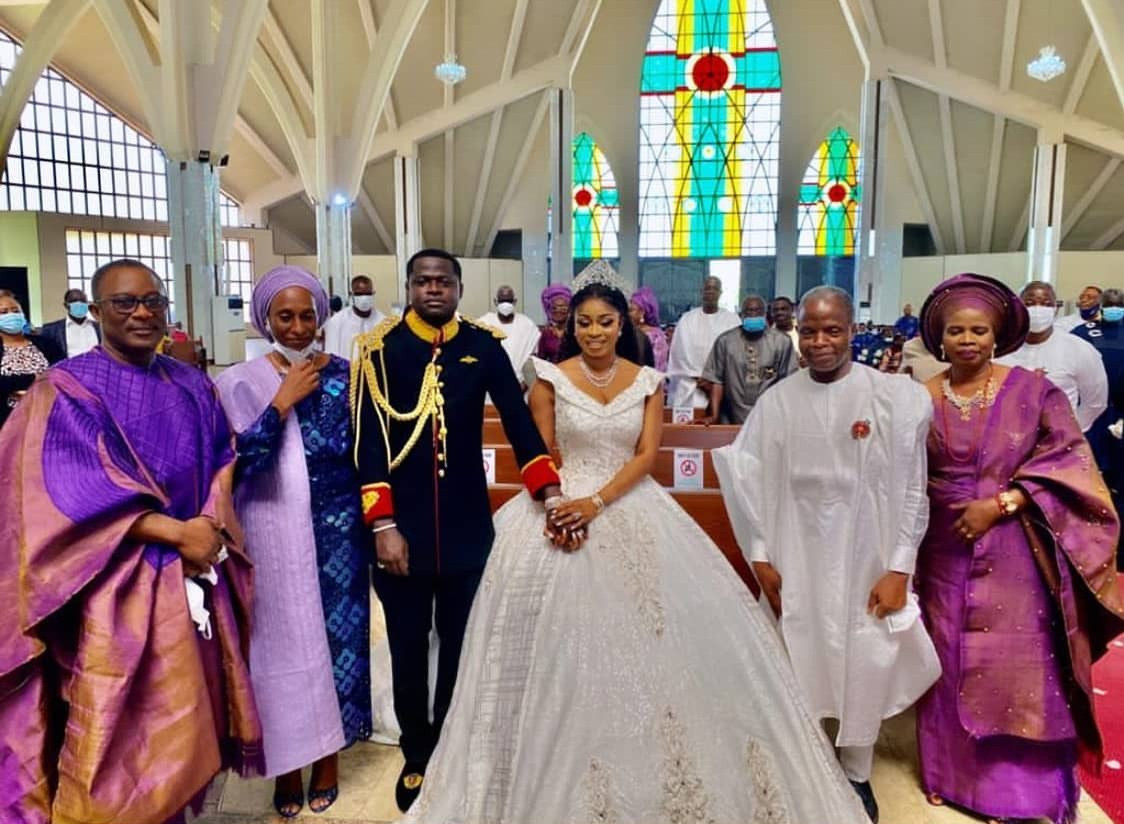 Marriage between celebrity jeweller, Malivehood and Senator Smart Adeyemi’s daughter, Deola is allegedly heading for the rocks, it has emerged.

Malivehood (born Olusola Awujoola) got married to Deola Smart Adeyemi in a glamorous wedding at National Ecumenical Centre in Abuja on December 5, 2020.

The wedding was on the lips of all and sundry for weeks as they spared no cost in having the wedding of their dreams.

From the wedding dress to the wedding cake, souvenirs, decorations, to the guests and then you can talk about the food and drinks, it was epic.

Nigerian elites from politics to business, entertainment and fashion industry stormed the event, which many tagged a royal wedding.

Even during the wedding ceremony, an Uber driver, simply identified as Austin, who drove a guest to the event centre won a brand new Lexus car and N3.4 million.

However, less than a year after the glamorous wedding, former Director of Strategy and Communication to ex-President Goodluck Jonathan, Jackson Ude, claims the marriage is being threatened by Malivehood’s new love interest.

Speaking via his Twitter page on Friday evening, Ude alleged that Deola is currently pregnant and in the UK while Malivehood is planning to secretly marry another lady named Chinelo Eyiuche, whom he shared her picture.

Micheal Sola Awojuola, a popular Jeweler, husband of Deola, daughter of Senator Smart Adeyemi whom he married recently is set to dump her. Michael is now hooked to one Chinelo Eyiuche and they are planning a secret marriage. Michael’s wife, Deola is pregnant and now in the UK pic.twitter.com/IPNFS4oAaP

In a move many believe to be a reaction to the rumor, Deola shared the photo below with her Diamond wedding ring and band showing conspicuously in the photo.

Sylva Victorious In Defamation Suit Against Jackson Ude In…