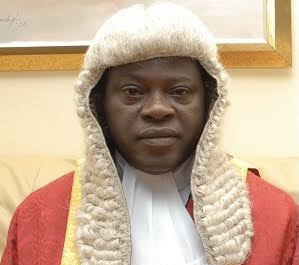 President Muhammadu Buhari has asked the Senate to confirm the appointment of Justice Hussein Baba-Yusuf as the Chief Judge of the Federal Capital Territory (FCT) High Court.

His request was contained in a letter addressed to the Senate and read to the lawmakers during Tuesday’s plenary at the National Assembly in Abuja.

Deputy President of the Senate, Ovie Omo-Agege, read the letter while presiding over the plenary in the absence of the Senate President, Ahmad Lawan.

President Buhari had appointed Justice Baba-Yusuf as the acting Chief Judge of the FCT High Court in August on the recommendation of National Judicial Council (NJC).

In a statement on August 13, NJC Director of Information, Soji Oye, stated that the appointment was effective from August 1.

Justice Baba-Yusuf was later sworn in, along with five judges of Sharia Court of Appeal, by the Chief Justice of Nigeria and NJC Chairman, Justice Tanko Muhammad.

Justice Muhammad had urged the judges to be firm and just in the discharge of their duties in line with their oath of office.

He also asked them to conduct their affairs within the ambit of the law and the oath of office that was administered to them.

Alleged N2bn Fraud: I Have No Case To Answer On Allegations…