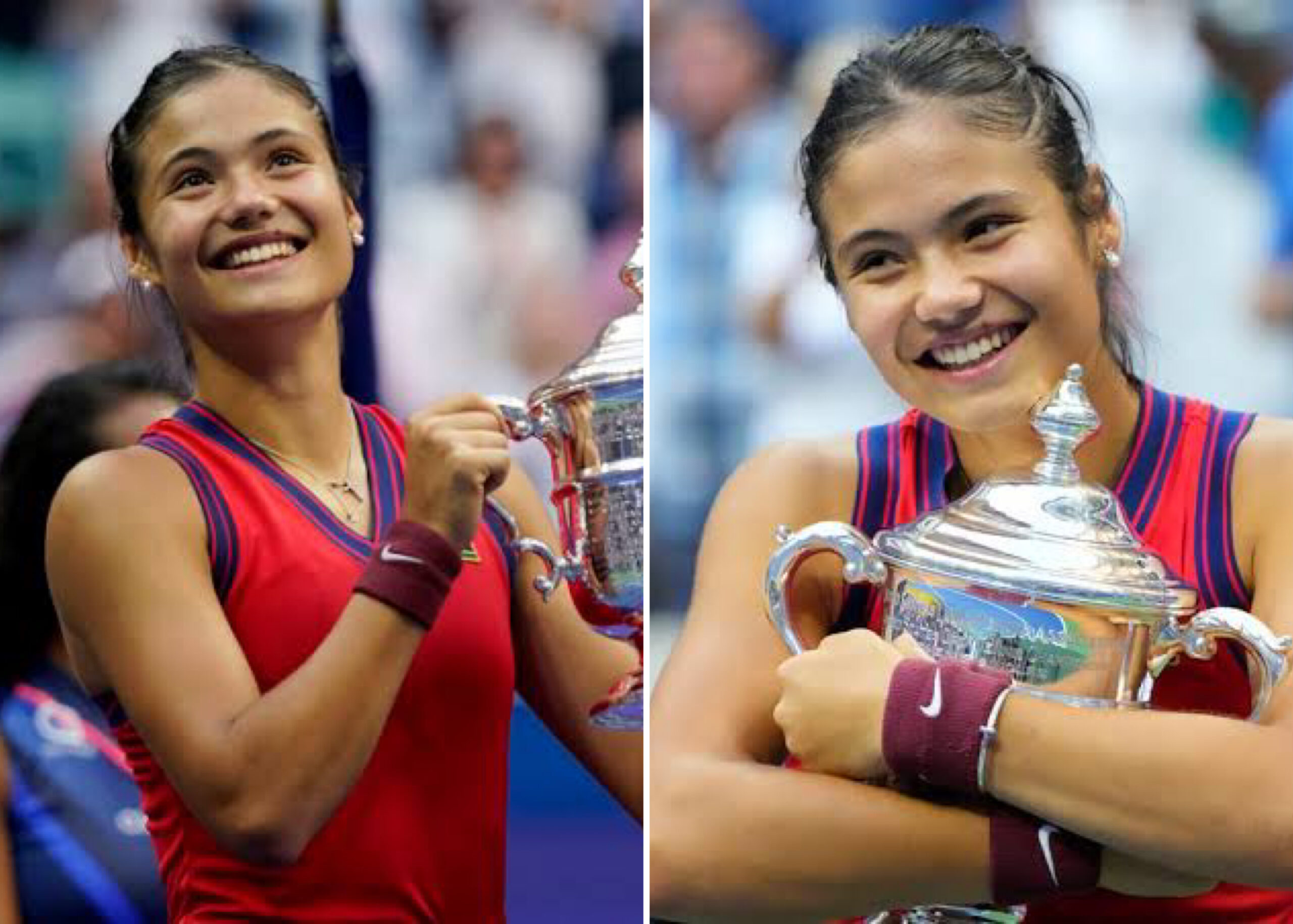 The 18-year-old put herself and British tennis at the forefront of world tennis by becoming the first British woman to win a grand slam singles title since Virginia Wade in 1977 when taking the US Open in September.

Raducanu picked up $2.5 million (2.1 million euro) in prize money for her win in New York and also came home with US Open trophy in what was only her second appearance at a Grand Slam.

Victory in New York has catapulted Raducanu into the superstar bracket, but she is not getting carried away and felt it appropriate to pay thanks to those who helped in her formative years.

As such, the 18-year-old gifted the US Open trophy to the LTA’s National Tennis Centre in London.

It’s stored at National Tennis Centre, I’m pretty sure in London. It’s not at home. If you want to see it, it’s at the NTC. I just thought the LTA have done so much for me and I just wanted them to have it as a sign and a big thank you for everything they’ve done for me, helping me through the young ages. They’ve played a huge role in my development, so yeah it’s a little gift.

Raducanu struggled on her return to action following the US Open, crashing out at Indian Wells, but she is currently competing in her father’s homeland of Romania and on Thursday, she recorded an impressive 6-3, 6-4 win over Ana Bogdan to reach the quarter-finals.