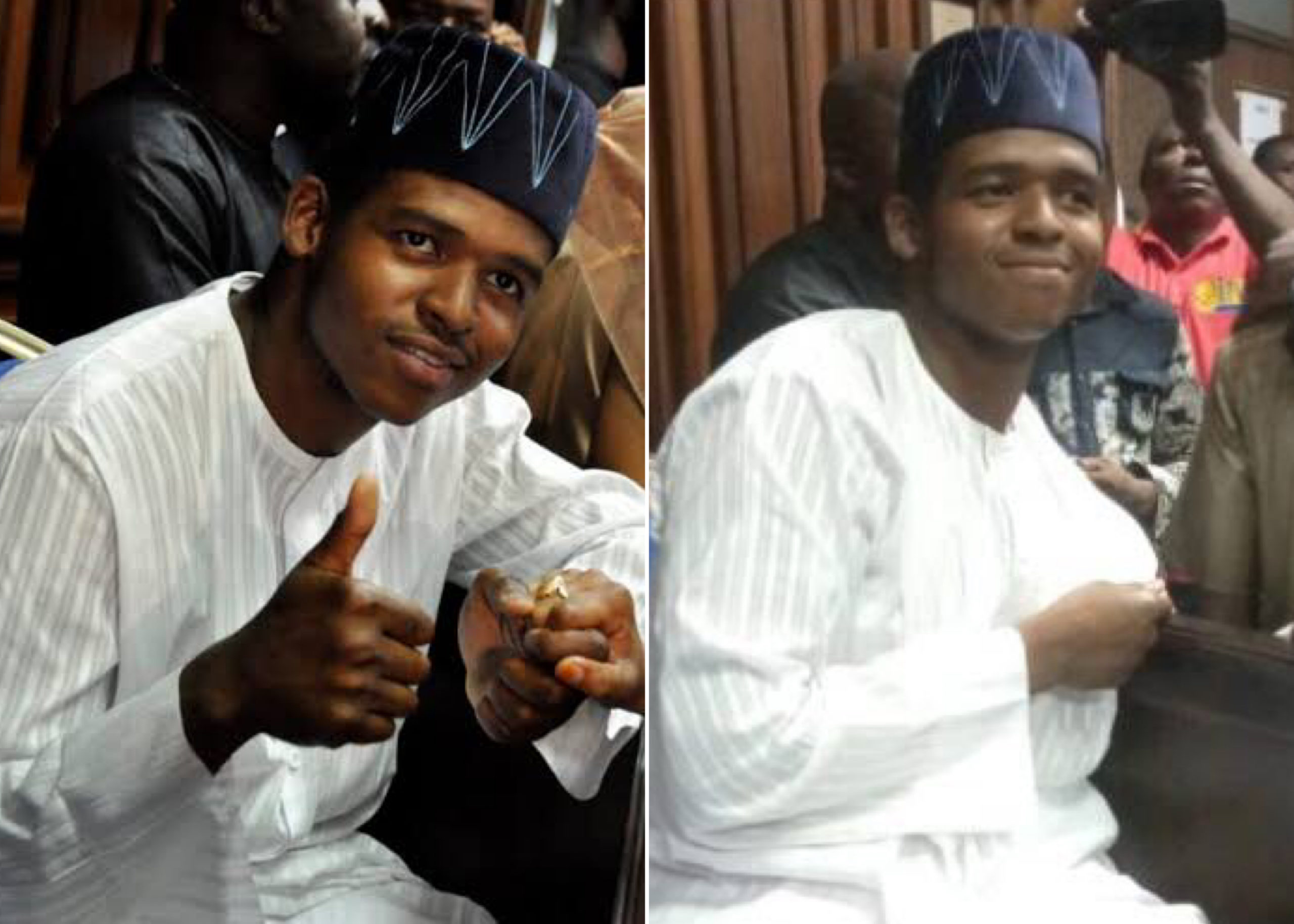 EFCC had alleged that the 21-year-old sometimes between 2013 and 2019, received the sum of N58.11million, being proceeds of a corrupt act by his father. He was also accused of failing to properly declare his assets before the EFCC.

Faisal also faced a charge of illegal possession of firearm after he allegedly pulled a gun on operatives of the Department of State Service that arrested his father at a hotel in Abuja.

Justice Okon, who handed down a five-year jail term for count one bordering on money laundering offenses, sentenced Faisal to 14 years imprisonment on count two.

The judge, thereafter, sentenced the son of the ex-pension reformed boss to five years prison term on count three which bordered on asset declaration offense.

Okon, however, ruled that the prison terms would run concurrently.

Justice Abang had on July 16 fixed the matter for judgment after the then Economic and Financial Crimes Commission (EFCC)’s Lawyer, Mohammed Abubakar, adopted the commission’s final written address and urged the court to convict Faisal in all the three counts leveled against him.

Faisal’s Counsel, A. A . Onoja, who did not file any final written address, had sought for an adjournment on the grounds that he was not briefed on the development in the case.

The EFCC lawyer, however, opposed his plea for an adjournment, arguing that on March 17 when the case was adjourned, Anayo Adibe, who appeared for Faisal, did not apply to file any written address, even after the ruling was delivered, saying “four months since that day, the defense has not done anything.”

The judge, who dismissed the application for adjournment, held that the request was made in bad faith.

Faisal, who is being prosecuted along with his father, Maina, is standing a separate trial on a three-count charge bordering on money laundering. He, however, pleaded not guilty to all the charges.

The defendant, who was arraigned by the EFCC on October 25, 2019, was admitted to bail, on November 26, 2019, in the sum of N60 million with a surety in the like sum who must be a member of the House of Representatives.

However, Faisal jumped bail around September 2020 and stopped attending his trial.

The judge, on Nov. 25, 2020, summoned the lawmaker, Rep Sani Dan-Galadima, representing Kaura-Namoda Federal Constituency of Zamfara, who stood as surety for Faisal, for disregarding the court order to produce the defendant in court after he was granted bail.

Abang then revoked the bail granted Faisal, ordered his arrest, and directed that his trial should proceed in absentia having being said to have jumped bail by the prosecution.

The judge also ordered the surety to forfeit the property which he used as a bail bond to the Federal Government, having failed to produce Faisal.

Alleged N400m Fraud: Olisa Metuh To Be Re-Arraigned On Oct…

Alleged N2bn Fraud: Maina To Remain In Custody As Court…