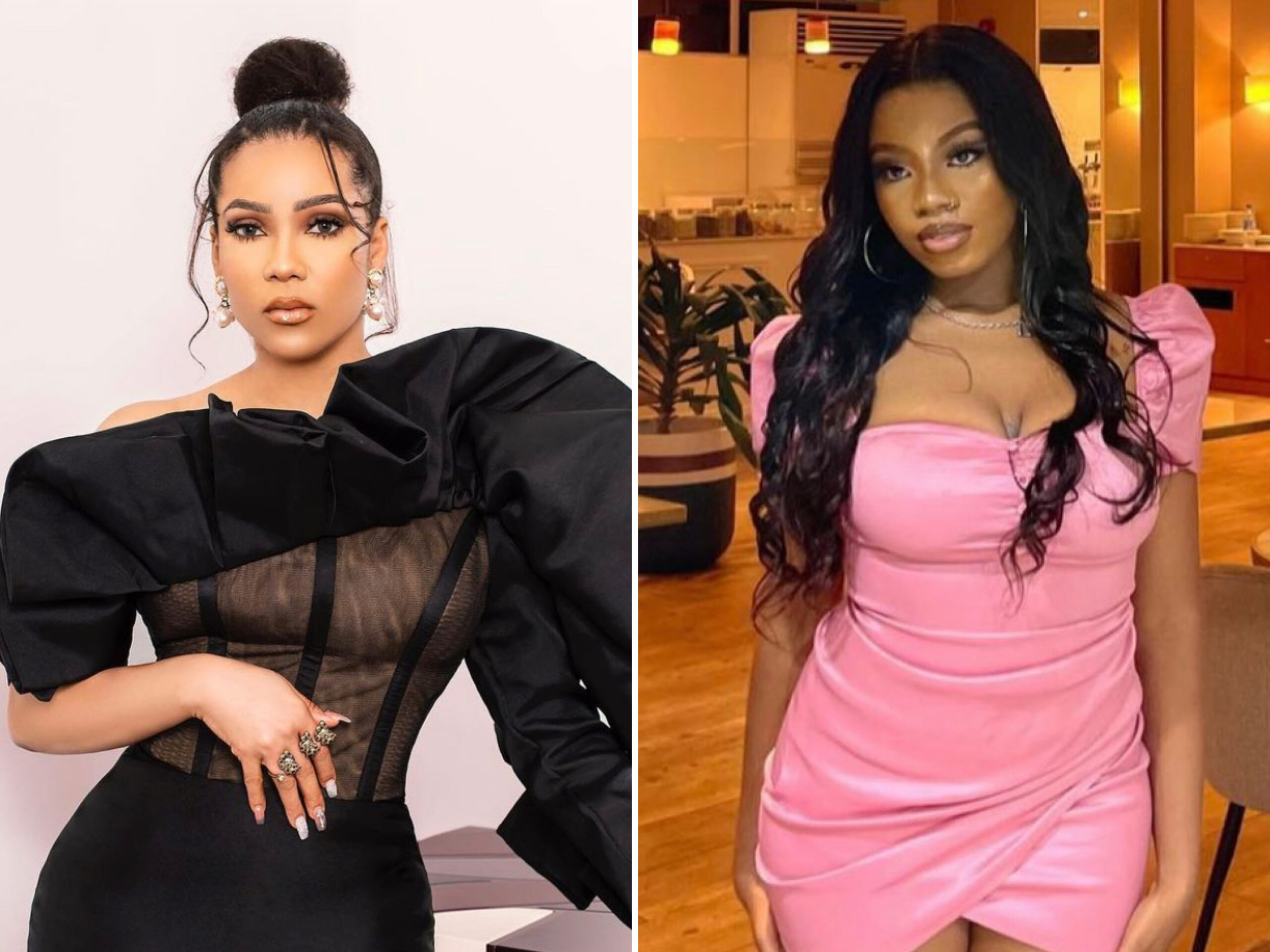 Former Big Brother Naija housemate, Maria, has apologised to Angel’s father, over the comments she made about his daughter while they were on the show.

The apology happened during the grand finale event on Sunday night, where Whitemoney emerged as the winner of the BBNaija season six.

After the main event, Maria approached Angel’s father while he was live on Instagram and they exchanged pleasantries. Then, Maria stated that her comment on the show about Angel was a miscommunication.

Maria stated that on seeing Angel’s dad, she feels like she has to talk to him, adding that she was sorry about her comments and she likes Angel.

Angel’s dad told her that it was alright and before leaving, she told him, “You’re very handsome. Oh my God.”

Watch Moment Maria apologized to Angel’s dad over things she said about his daughter #BBNaija pic.twitter.com/uv9PHpDY4U

In the third week of the show, Maria had accused Angel of breaking the ‘girl code’ by going after Michael, whom Jackie B was attracted to.

In response, Big Brother asked Maria about her opinion as regards the men not also respecting their relationship with their partners and rejecting Angel’s advances.

However, Maria stated that “boys will be boys”, a statement which Angel’s father reacted to, via his daughter’s Instagram page.

He criticized Maria’s comment, saying society should learn to hold men accountable for their action.

According to him, women should be free with their bodies without making them look cheap.

Angel’s father noted that a woman should not be judged or slut-shamed as being easily accessible because of what she wears or how she’s liberal with her body but the men gets away with ‘You know how boys are’.

Shortly after that, Maria had described Angel as a prostitute during a discussion with Nini and Peace in the Executive Lounge.

Maria had said that Michael would not date Angel because he sees her as a prostitute, an assertion led to a lot of criticism for Maria at the time.

However, when asked about her assertion following her eviction, Maria claimed that she may have been under the influence of alcohol.