Taliban To Let 200 Americans, Foreigners In Afghanistan Fly Out Of Kabul Airport 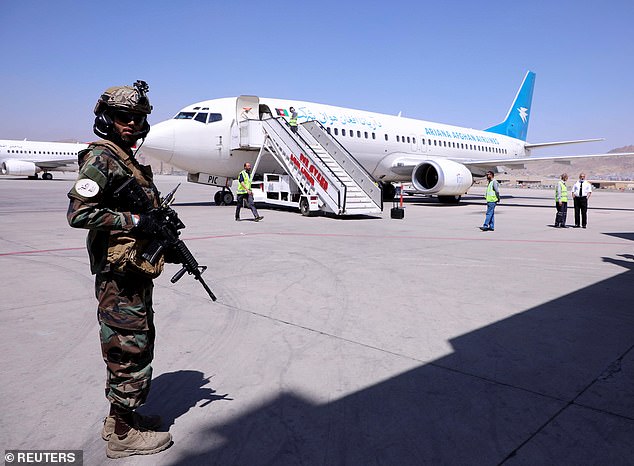 Taliban authorities have agreed to let 200 American civilians and other non-Afghans to depart on charter flights from Kabul airport, a U.S. official confirmed on Thursday.

US Special Representative, Zalmay Khalilzad played a key role in pressing the Taliban to allow the departures, Reuters reports.

The departures were expected on Thursday, and an exact breakdown of how many US citizens and people from other nations will be on the flight has not been shared.

However, the official didn’t say whether these Americans and third-country nationals were among people who have been stranded for days in Mazar-i-Sharif 260 miles north of Kabul on charter flights that were barred from taking off.

Planes chartered to carry people out of Afghanistan have been stuck at Mazar-i-Sharif International Airport, with some organizers saying the State Department was not doing enough to facilitate their departure.

The criticism came after an email leak suggested that the agency prevented several private flights from leaving Afghanistan with U.S. citizens and Afghan allies on board.

Also, Secretary of State Antony Blinken on Wednesday went on a charm offensive, saying the Taliban was to blame for the standoff and calling on the militants to allow the charter flights to depart from Afghanistan.

He denied reports that the Taliban had blocked Americans attempting to fly out of a northern Afghan city, but said that the militants had not allowed charter flights to depart because some people lacked valid travel documents.

Blinken added that the United States was doing everything in its power to get the flights off the ground, but the Taliban was not permitting the flights to depart.

Read Also: US Announces Completion Of Withdrawal From Afghanistan

Six planes chartered to evacuate Americans and allies from Afghanistan were blocked from leaving by the Taliban, it emerged over the weekend.

Reports had said that 1000 people, including US citizens had been stuck at Mazar-i-Sharif airport for days awaiting clearance for their charter flights to leave.

However, the administration still insists there are only around 100 Americans left to be evacuated, while volunteer groups leading private evacuation efforts and Republicans claim there are more like 500 U.S. citizens still trying to get out.

Buhari Arrives Imo For Commissioning Of Some Projects (Photos)