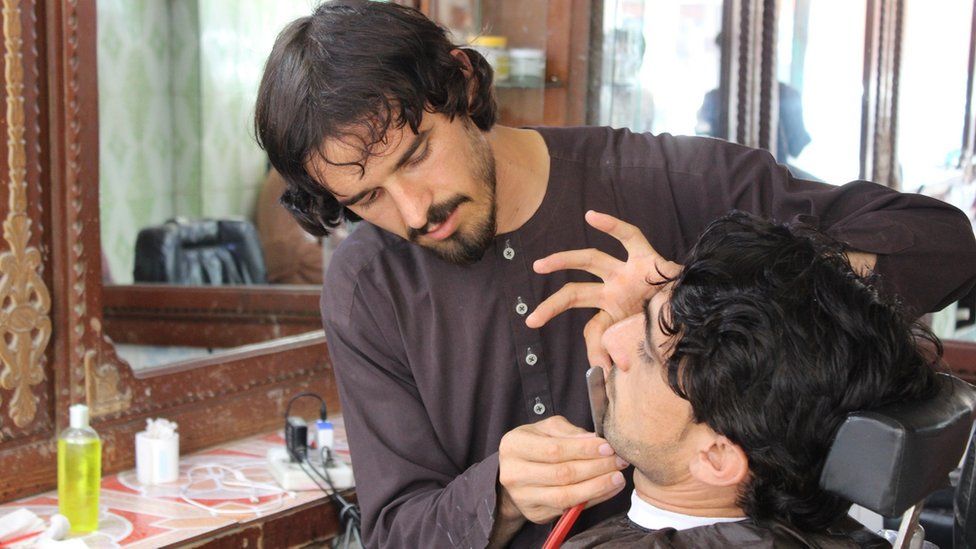 Taliban have banned hairdressers in Helmand province, Afghanistan from shaving or trimming beards, saying it breaches their interpretation of Islamic law.

Anyone violating the rule will be punished, Taliban religious police say. Some barbers in the capital Kabul have said they also received similar orders.

According to the BBC, in a notice posted on salons in southern Helmand province, the Taliban officers warned that hairdressers must follow Sharia law for haircuts and beards.

“No one has a right to complain,” the notice reportedly read.

The instruction contradicts the assurances made by Taliban government earlier — that they would not force their rules on anyone as it relates to lifestyle choices.

Taliban came into power in August after the insurgent group seized several of Afghanistan’s provinces and took over Kabul, the country’s capital

When the Taliban held sway from 1996 to 2001 — and under their Sharia law — men were required to grow beards while the women were made to wear an all-encompassing burqa, covering both their hair and face.

Music was banned to prevent the promotion of vulgarity, while citizens could only listen to religious chants.

Taliban also banned television and cinema, and some electronic products were outlawed as un-Islamic.

The latest development suggests an imposition of former Islamic laws that governed their past tenure.

A barber was quoted as saying the Taliban enforcers keep coming to their shops to monitor them.

“The fighters keep coming and ordering us to stop trimming beards,” a barber in Kabul reportedly said.

One of them told me they can send undercover inspectors to catch us.

The barbers reportedly said the new rules are making it hard for them to make a living.