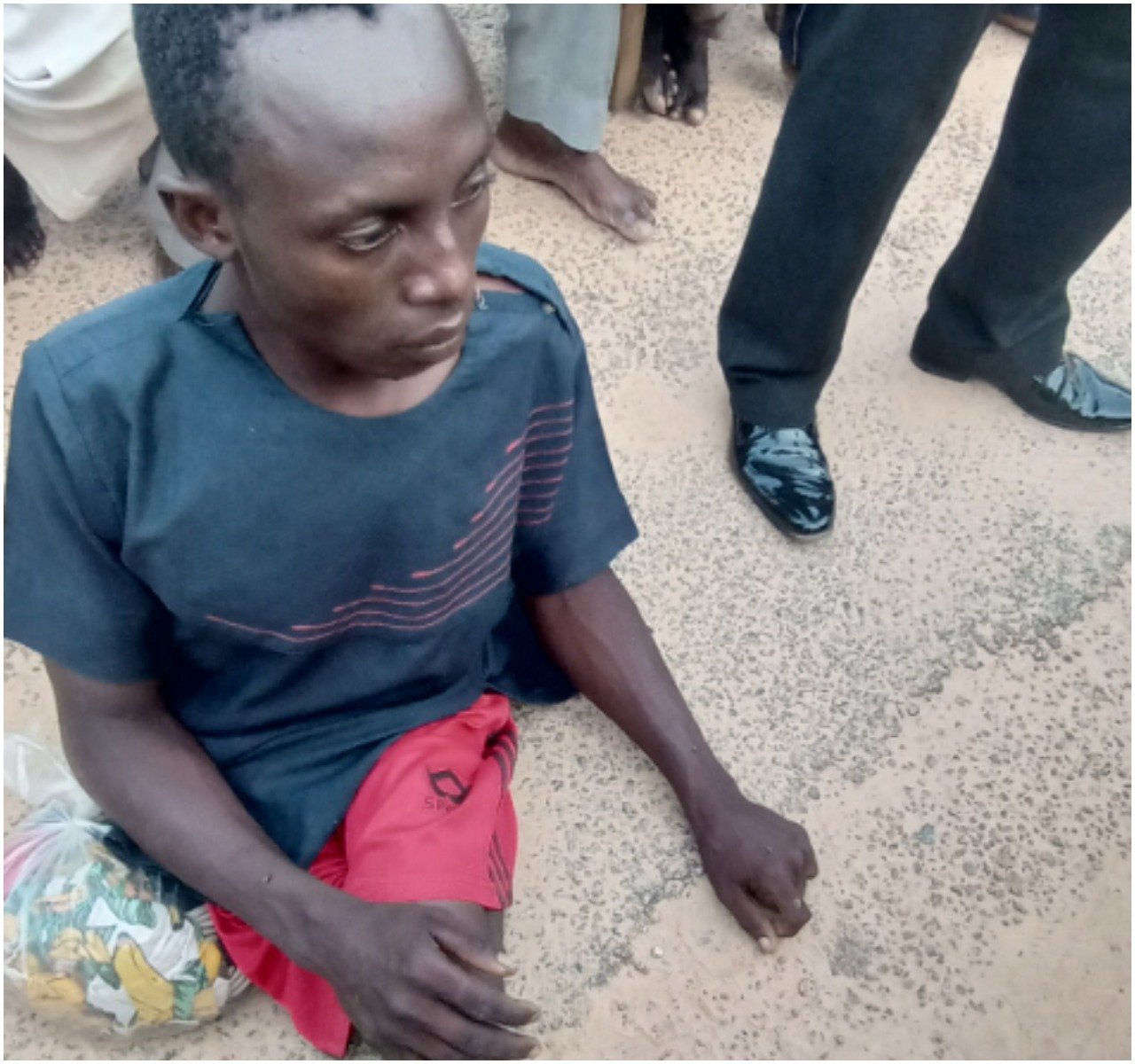 Katsina state police command has arrested a 22-year-old physically challenged man, Buhari Haruna, from Kankia Local Government Area of the state for allegedly threatening to abduct a victim if the sum of N2 million ransom was not paid.

Parading the suspect before newsmen, the spokesperson of the state police command, SP Gambo Isah, said Haruna was arrested when he allegedly went for the ransom, disguised as a loaf of bread, at the location agreed.

Isah said with the arrest of Haruna, it’s now obvious that even those who are not expected to commit crimes are now taking advantage of the public’s fear of abduction, to perpetrate kidnap.

Speaking to newsmen after his arrest, Haruna did not deny the crime and said he called the victim with whom he lives in the same location and threatened that, if he does not pay the ransom, the victim risks been kidnapped.

However, he expressed that he regrets his actions, as he is needy while pleading for assistance, at the same time from the police, to temper justice with mercy.

Customs Seizes Over N6m Worth Of Fake Aphrodisiacs In…