Ondo: One Feared Dead, Many Trapped As Building Collapses (Photos) 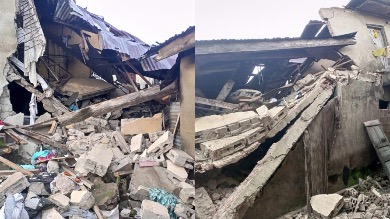 One person has been confirmed dead after a building collapsed in Akure, the Ondo State capital on Tuesday morning.

The affected storey building located along Fanibi Junction within Akure metropolis collapsed while the occupants were fast asleep.

A body of a woman had been retrieved from the debris while members of her family are said to be trapped.

An eyewitness said body of deceased whose identity had not been revealed as at the time of this report had been deposited at a morgue in the town.

Residents within the area had trooped to the scene to help in the rescue operation.

Among those suspected to be trapped in the collapsed building were children.

See some photos from the scene of the incident below; 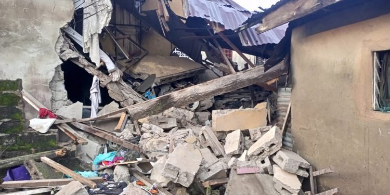 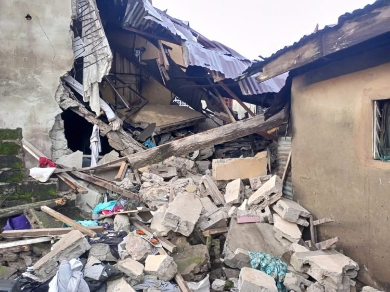 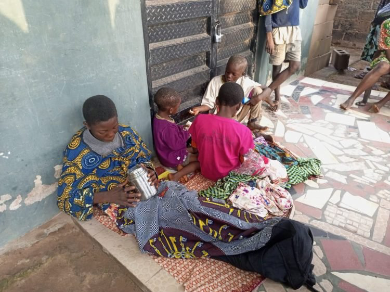 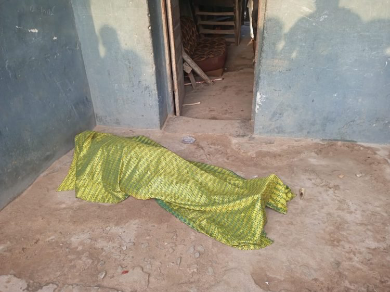 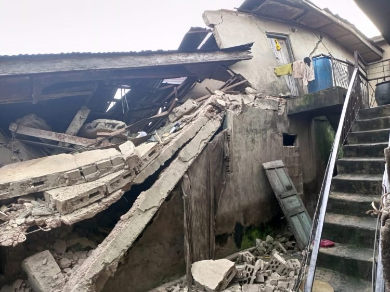 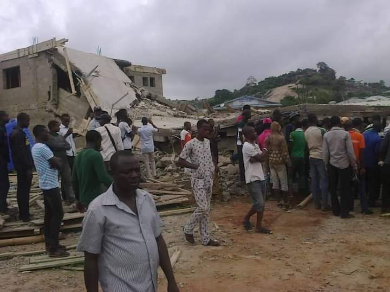 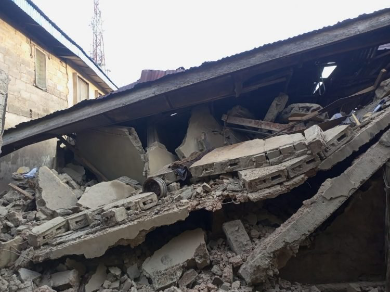