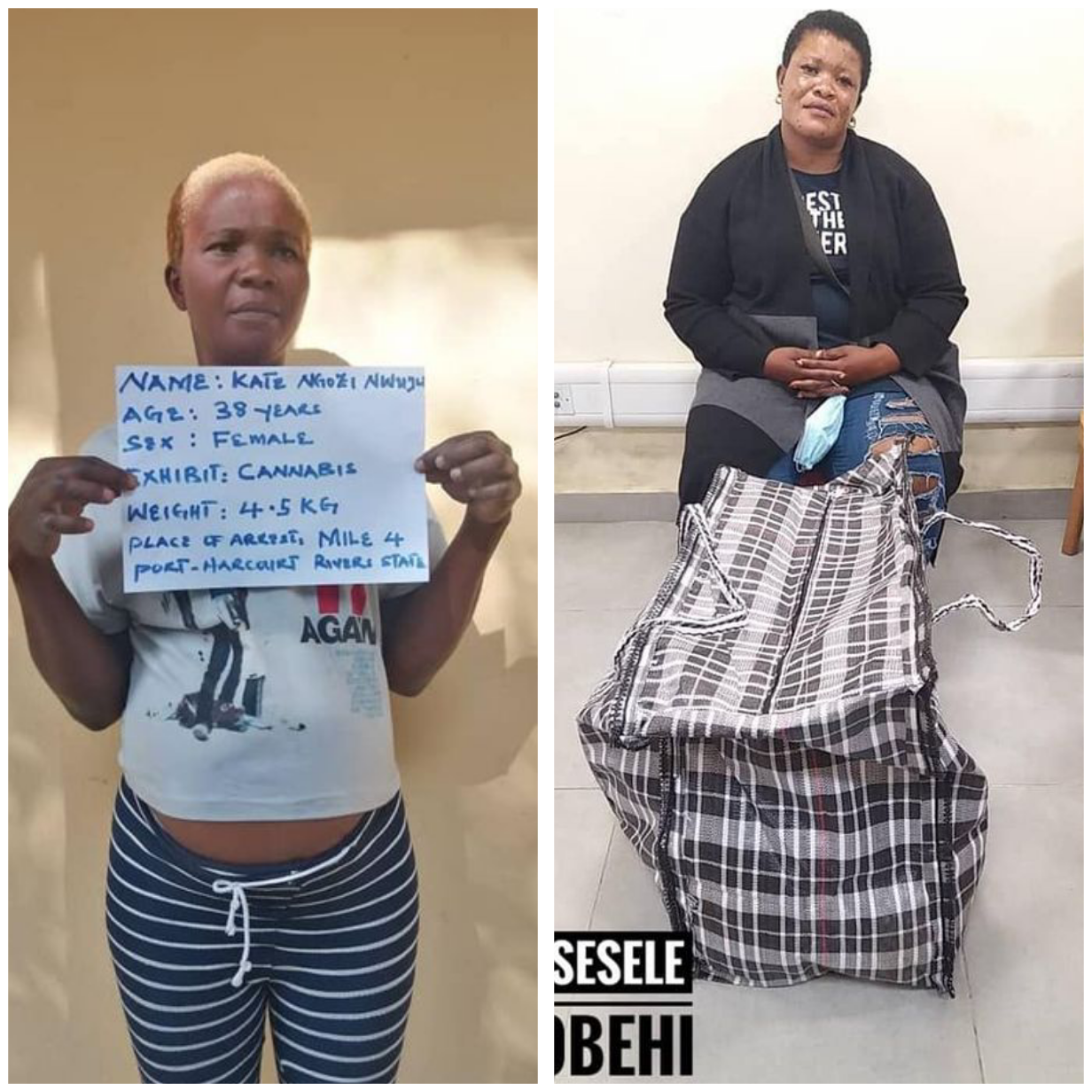 Director, Media & Advocacy of the agency, Femi Babafemi, disclosed this in a statement on Sunday, September 19.

The operatives continued their nationwide offensive action against drug traffickers in the past week, seizing hundreds of kilograms of illicit substances at the airports, courier firms, hideouts and destroying hectares of cannabis farms in the remote forests.

Attempts by a female passenger, Isesele Obehi and one Emmanuel Chibuzor Omebere to export illicit drugs to Europe through the Murtala Mohammed International Airport, MMIA, Lagos and Nnamdi Azikiwe International Airport, Abuja were thwarted by narcotic officers who arrested them shortly before they boarded their flights.

Isesele was nabbed on Saturday 11th September, 2021 during outward clearance of Ethiopian Airline flight at Gate B departure hall of the Lagos airport on her way to Milan, Italy with three hundred and twelve (312) sachets of Tramadol, weighing 1.5kg, concealed in crayfish and dried vegetables. 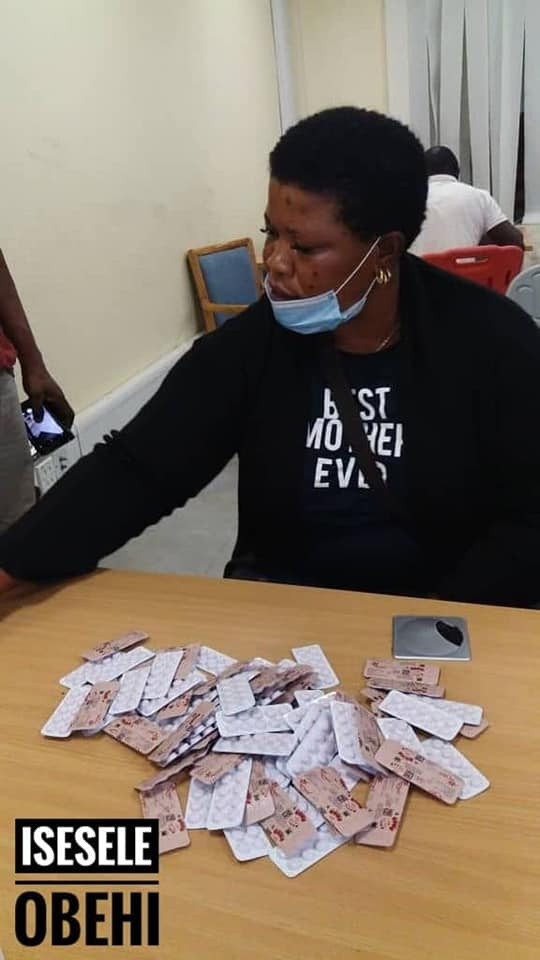 Chibuzor was equally caught with 137.45 grams of the same drug concealed in foodstuff at the Abuja airport on Thursday 2nd Sept during outward clearance of Turkish Airline flight to Istanbul, Turkey.

Babafemi stated that the pregnant woman, Kate Ngozi Nwuju was arrested on Tuesday 14th Sept at her residence in Rumueme, Mile 4 area of Port Harcourt, Rivers state with 4.5kilograms of cannabis following intelligence that she sells drugs. 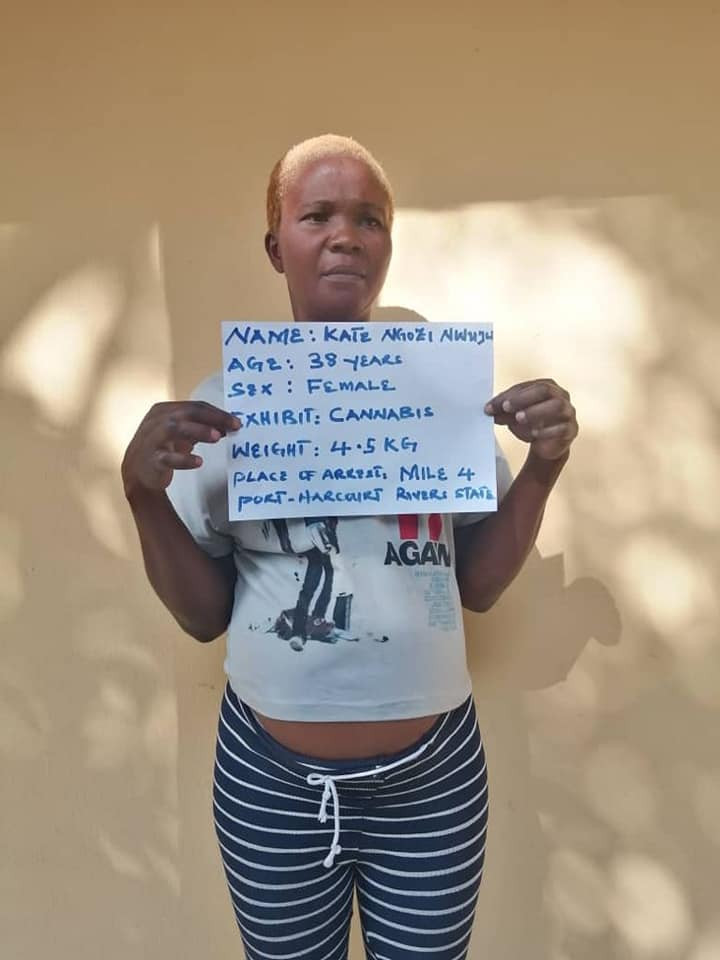 In the same vein, efforts by desperate traffickers to export varying sizes of consignments containing cocaine, heroin and other illicit drugs through courier firms were also foiled.

Some of these include 475grams of heroin concealed in food items going to Canada; 202grams of cocaine hidden in body cream containers going to Australia; 720grams of Cannabis Sativa tucked in computer hard drives heading to United Arab Emirates, UAE and another 2.1kg of cannabis hidden in body cream bottles going to Oman, while 60grams of cocaine concealed in degree certificates meant for Australia was also seized, all from three courier firms in Lagos.

Also, one Aliyu Saidu, suspected to be a fake soldier was arrested with 2.3kg of Cannabis Sativa in a commercial bus from Lagos to Makurdi, on Monday 13th of Sept at Aliade checkpoint, Benue State. 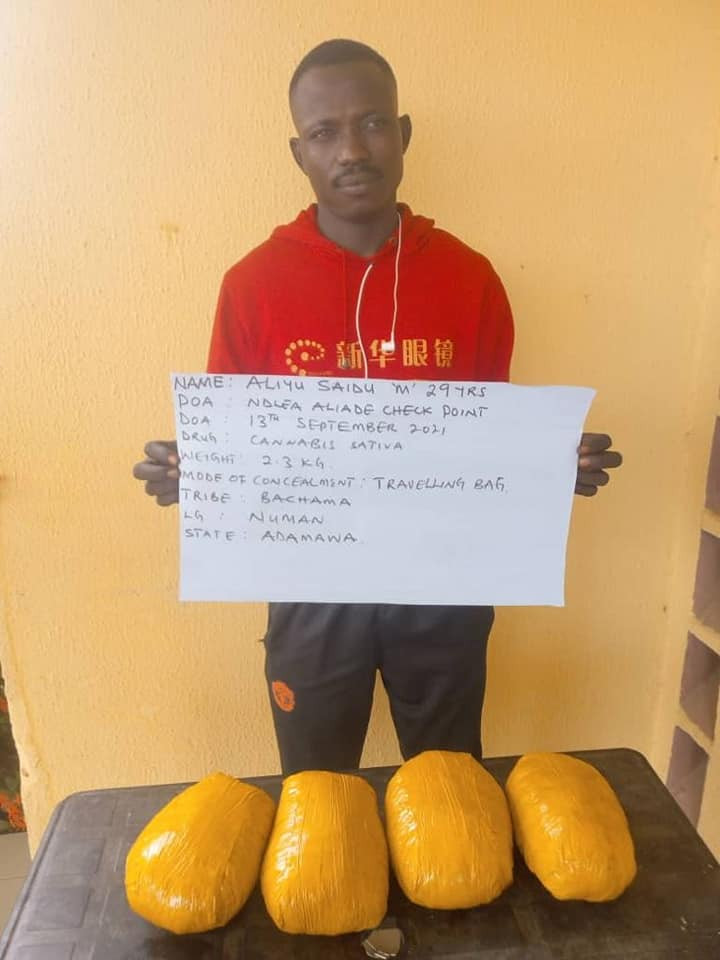 In Kano, one Shuaibu Yusuf, was arrested on Friday 17th Sept with 537kg of cannabis sativa, concealed among bags of cement in a truck, while in Ogun state, five persons were arrested on Tuesday 14 Sept after their truck conveying 552kg cannabis was intercepted at Ogere Remo, along Lagos-Ibadan expressway. 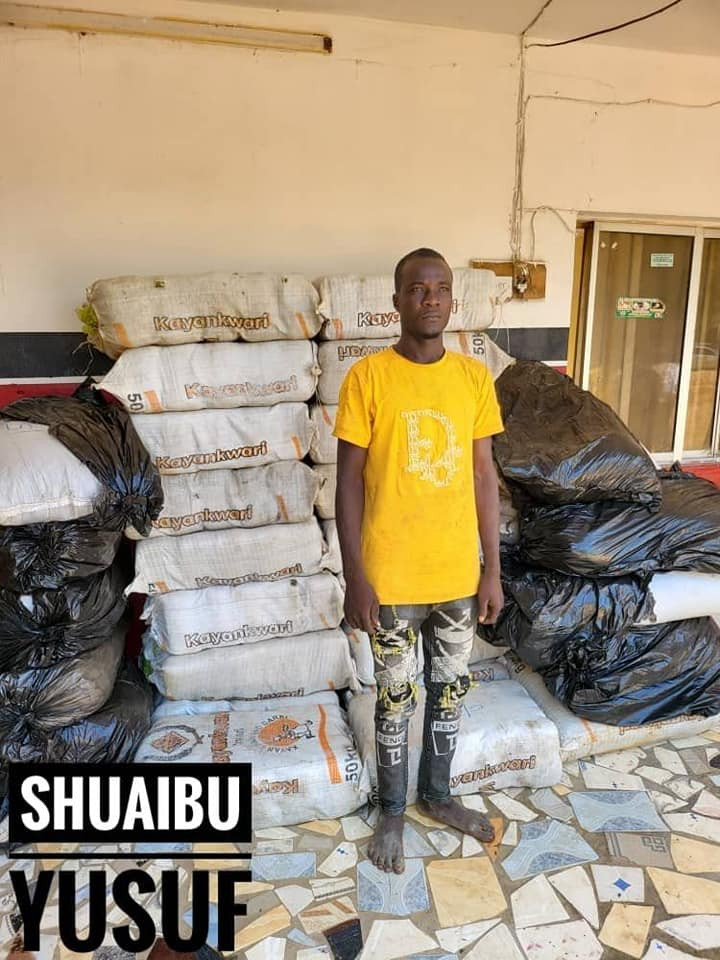 In a related development, narcotic officers on motorised patrol on Friday 17th Sept, arrested a 21-year-old Law Ubi at Marian Road, Calabar, Cross River state with 67.4 kg cannabis while a follow up search of his residence the following day, Saturday, led to the recovery of 4.2grams of Cocaine from his apartment.

In Edo, operatives stormed remote forests in Ovia North East area of the state between 8th and 16th Sept, destroyed over 14 hectares of cannabis farms, and recovered 172.6kg of cannabis. 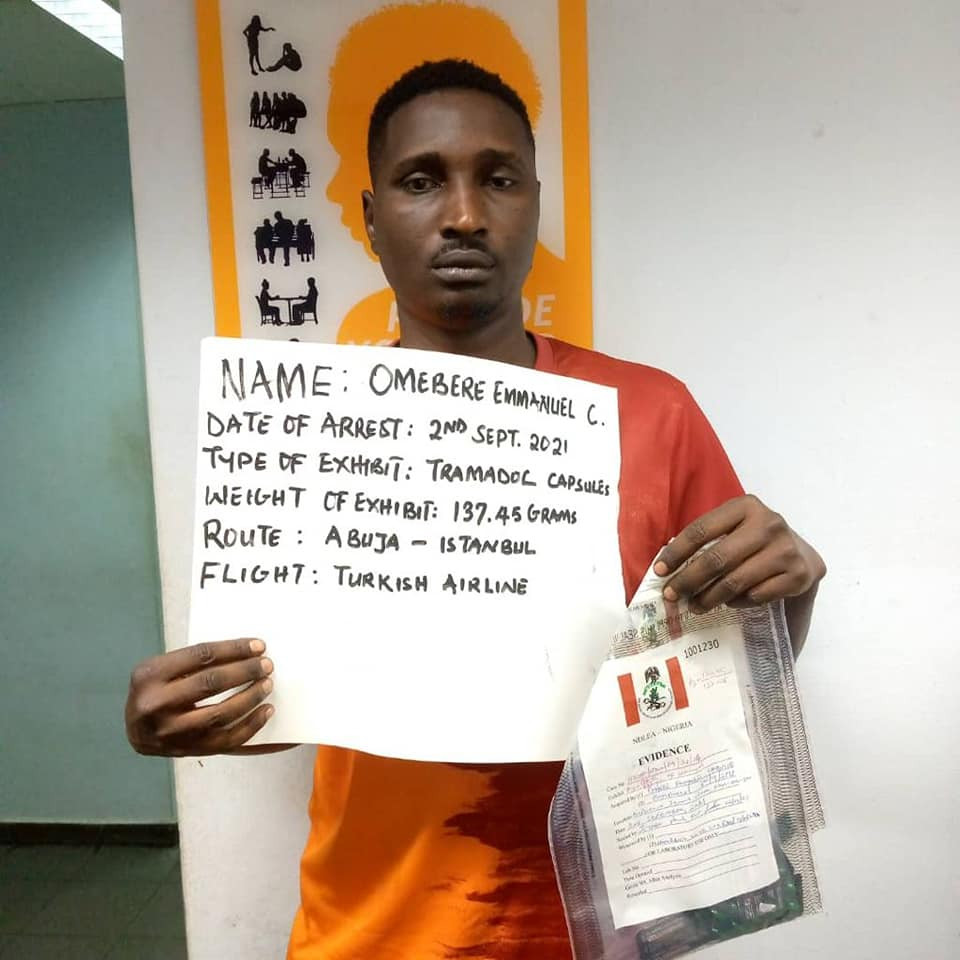 Three female and a male suspects were also arrested in raids across Owan East and Akoko Edo areas of the state. Different quantities of cannabis and local mixtures called monkey tail were recovered from them.

Commending the officers and men of the Lagos airport, Abuja airport, Benue, Kano, Ogun, Rivers, Cross River and Edo commands as well as those of the Directorate of Operation and General Investigation, DOGI, of the Agency for maintaining the heat on drug dealers.

He said their efforts further reaffirm our determination that those in this criminal trade will always have the new NDLEA to contend with; whether in their homes, on the streets, at the ports and deep in the forests, well chase them with every legitimate force and smoke them out, up to the last man or woman if they fail to repent.