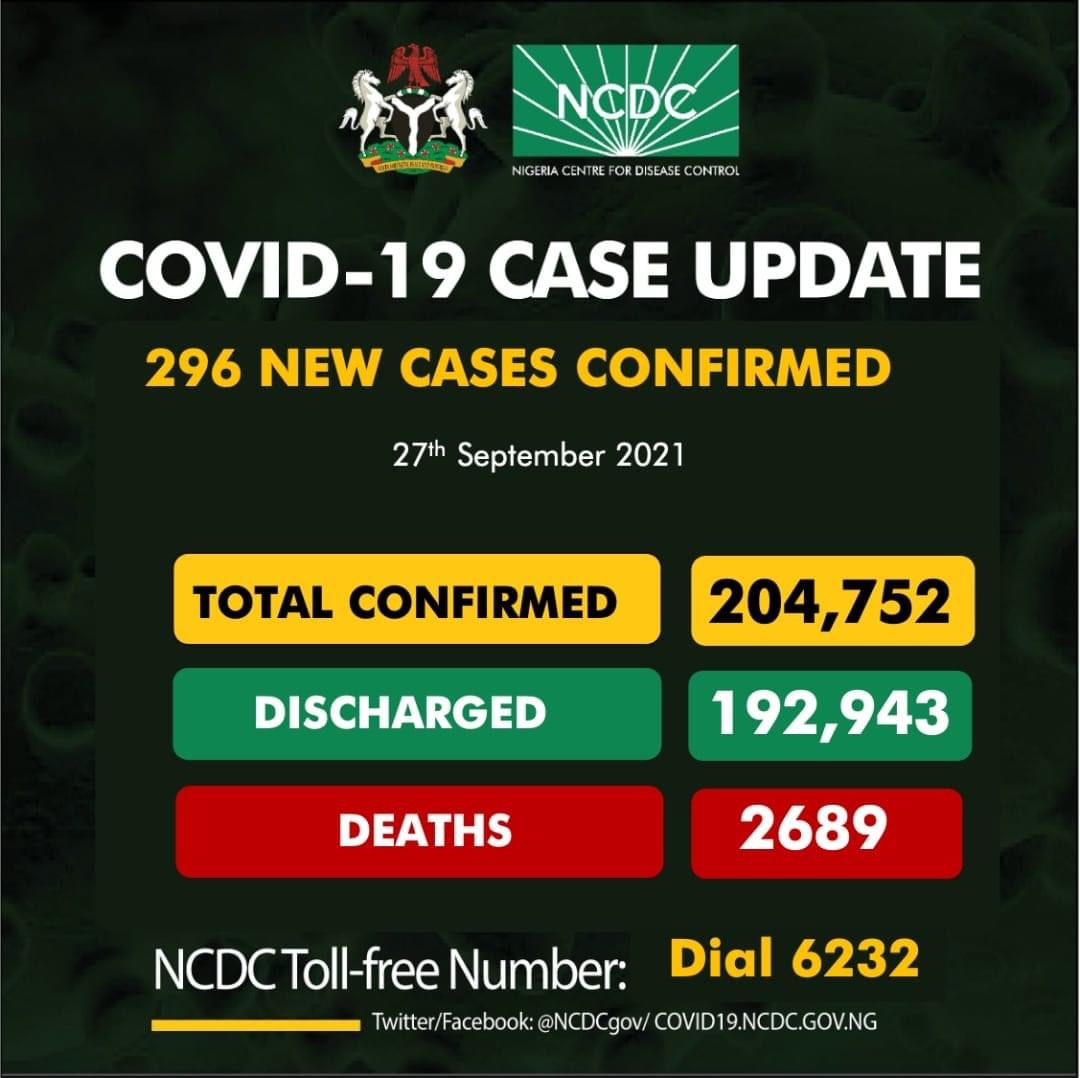 Nigeria Centre for Disease Control (NCDC) has announced the record of 296 new cases of COVID-19.

The agency, in its update for September 27, said the cases were reported in 14 states and the federal capital territory (FCT).

Rivers reported 63 cases, followed by Lagos with 49 infections, while the FCT logged 47 cases.

The agency said the report includes 10 cases reported in Delta state for September 27.

The agency data showed that 323 persons were discharged on Monday, while 12 persons died of the infections.

In other news, National Primary Health Care Development Agency (NPHCDA) says as of September 26, a total of 4.7 million people have received the first dose of the COVID vaccine.

Speaking at a media briefing on Monday, Faisal Shuaib, NPHCDA executive director, said out of the total number of people that have been vaccinated, 1.8 million have received the second jab.

Meanwhile, federal government says it has suspended the passports of more than 2,000 in-bound travellers for violating the COVID protocol.

Mukhtar Mohammed, national incident manager of the presidential steering committee (PSC), disclosed this on Monday, at a media briefing held in Abuja.

According to Mohammed, surveillance systems have been improved at airports, seaports, and land borders, and travellers found to have violated the protocol have been “penalised”.

Over 3.5 Million Pfizer Vaccines Expected From US Govt – FG

‘I Humiliated You’ – Bobrisky Publicly Apologises To Ex-Best Friend, Tonto Dikeh For Calling Her Out On Social Media