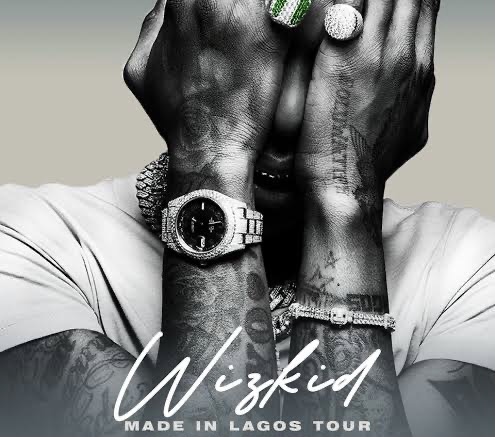 Nigerian superstar, Wizkid has sold out second and third concert dates at the O2 Arena in London in an incredibly short amount of time.

For a few years now, Wizkid has held concerts at the O2 arena in London with so many fans in attendance. It has gradually become the most anticipated shows of the year.

The concert is billed to hold in London’s O2 arena as part of The 02: The Welcome Back Show as the event centre had been on a break due to the COVID 19 pandemic.

The O2 Arena is a multi-purpose indoor arena in the centre of The O2 entertainment complex on the Greenwich Peninsula in southeast London. The event centre, which has a 20,000-sitting capacity, is the second-highest seating capacity of any indoor venue in the United Kingdom, behind the Manchester Arena.

The singer back in July announced that he would be going on a Made In Lagos tour in North America, United Kingdom and Europe.

Following the announcement of a single date for UK tour (November 28), tickets for the one off show at the 20,000-capacity O2 Arena sold out in 12 minutes.

Unfortunately, many UK fans couldn’t lay their hands on it, sparking demands for more concert dates, which Wizkid obliged to their requests by adding November 29th.

However, Wizkid via social media pages announced on Friday that he has broken his own previous record by selling out tickets for the second date within 2 minutes.

Shorty after, he revealed that a third date was added for 1st December due to the demand and it also sold out once again.

It’s yet to be known if a fourth date will be added for the Made in Lagos tour, but with the tickets being bought that quickly it is certainly possible that fans demand can’t be ignored.

Wizkid first made a name for himself with his debut album Superstar released in 2011 and has since gone on to break several records in the music industry.