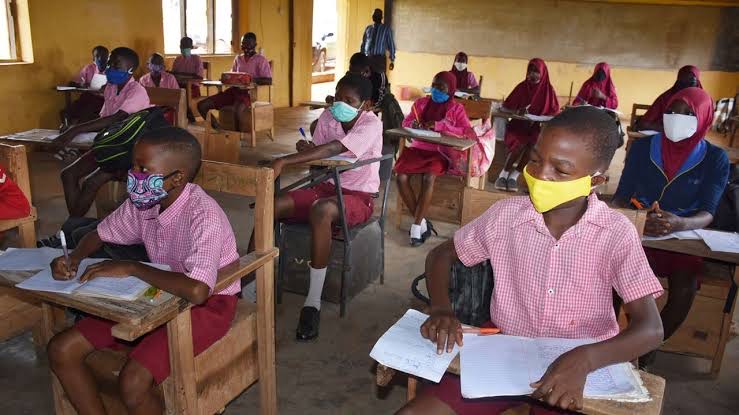 Lagos state government has announced resumption guidelines for 2021/2022 academic sessions for public and private schools across the state.

Schools are expected to resume on September 13 while model colleges and upgraded schools students are to return in batches from September 19.

According to NAN, Folasade Adefisayo, Lagos commissioner for education, on Tuesday, said the measure will create enabling environment for the examinations.

She also said the staggered resumption dates for various classes were to give room for the students involved in the ongoing external West African Senior School Certificate Examination (WASSCE) that ends October 6.

Boarders in Model Colleges and Upgraded Schools, as well as SS2 students seeking placement into SS3 class, are expected to resume on September 19.

The revision for the classes will run from Sept. 20th to 26th while promotion examination to SS3 class will start from September 27 to October 8.

The newly admitted JS1 students into Model Colleges and Upgraded Schools are to resume on October 2, for a one-week orientation programme to intimate them on secondary school structure and modalities.

The commissioner said other returning students in JS2, JS3, SS1, and the newly transited SS2 in the various model colleges and upgraded schools are to resume on October 9 while classes for the students will begin on October 11.

She added that another reason was that the schools cannot accommodate seven sets at once in the boarding system.

Adefisayo appealed to parents to abide by the new development for a smooth academic session, adding that students should be more diligent and devote more time to their studies.

Kwara Govt Approves Use Of Hijab In All Public Schools