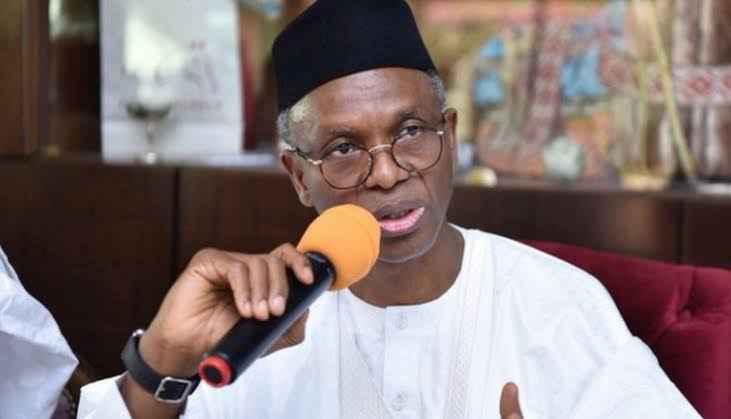 Kaduna State Government has asked telecommunications firms to suspend their services in the state from September 30, towards checking the activities of bandits.

The State’s Commissioner for Internal Security and Home Affairs, Samuel Aruwan, said this while addressing journalists on Wednesday.

He also announced the use of motorcycles for transport services has also been suspended across the state.

Mr Aruwan said the state government has formally requested the Federal Government to enforce the shutdown of telecom services in parts of the state identified by security agencies as requiring such measures.

He expressed that other security measures earlier announced by the state government remain in place and urged the residents to comply with the directives.

The state government had earlier said it had no plan to shut down telecoms network despite the spike in crimes.

Kaduna has now joined northern states like Zamfara and Sokoto who have initiated a similar measure to curb banditry and rising insecurity.

I am here to inform you of, and to formally announce the implementation of certain measures to assist the security agencies in parts of the state.

You will recall that Governor Nasir El-Rufai announced in a media chat yesterday (28th September 2021) that the state government has formally requested the Federal Government to enforce the shutdown of telecom services in parts of the state identified by security agencies as requiring such measures.

The relevant federal agencies have today informed the Kaduna State Government that the processes for telecoms shutdown in parts of the state have commenced.

As part of the steps to address the current security situation in Kaduna State and neighbouring states in the North-West and North-Central regions, KDSG has held several meetings with security agencies to adopt critical measures towards crushing bandits in their identified hideouts.

The military and other security forces have been carrying out assaults on the identified locations. The state government is advised that certain measures are now necessary to assist the spirited efforts of these security agencies.

1. The complete ban on the use of motorcycles (Okada), for commercial or personal purposes, for three months in the first instance.

2. Ban on possession of or wielding of dangerous weapons.

3. Tricycles are allowed to operate only from 6am to 7pm. All tricycles must remove all curtains. Movement of all tricycles are restricted from dusk till dawn (7PM to 6AM).

5. Ban on the sale of petrol in jerry-cans or other containers in Birnin Gwari, Giwa, Chikun, Igabi, Kachia, Kagarko and Kajuru LGAs.

Other containment measures previously communicated by the Kaduna State Government remain in place.  These include:

a. Ban on felling of trees and forestry activities in Birnin Gwari, Giwa Igabi, Chikun, Kachia, Kagarko and Kajuru LGAs.

b. Ban on firewood and charcoal transportation.

c. Ban on the transportation of livestock into and out of the State.

Kaduna State Government regrets the severe strain and inconvenience these measures will place on peaceful and law abiding citizens. The Government therefore appeals for the understanding and cooperation of all residents of the affected areas, and indeed across the State. These difficult times have demand that difficult decisions be made.

The measures have been adopted purely in the interest of our collective safety and security, and to aid our brave forces in their fight against these mindless criminals.

Too many lives have been lost, and too many families have been shattered. Small groups of wicked persons cannot continue to hold us to ransom, and force us to live in perpetual fear.

Once again, the government craves the understanding of all citizens. The hardship we face will be temporary, and we are confident that in the end, it will pay off. Good will prevail over evil.