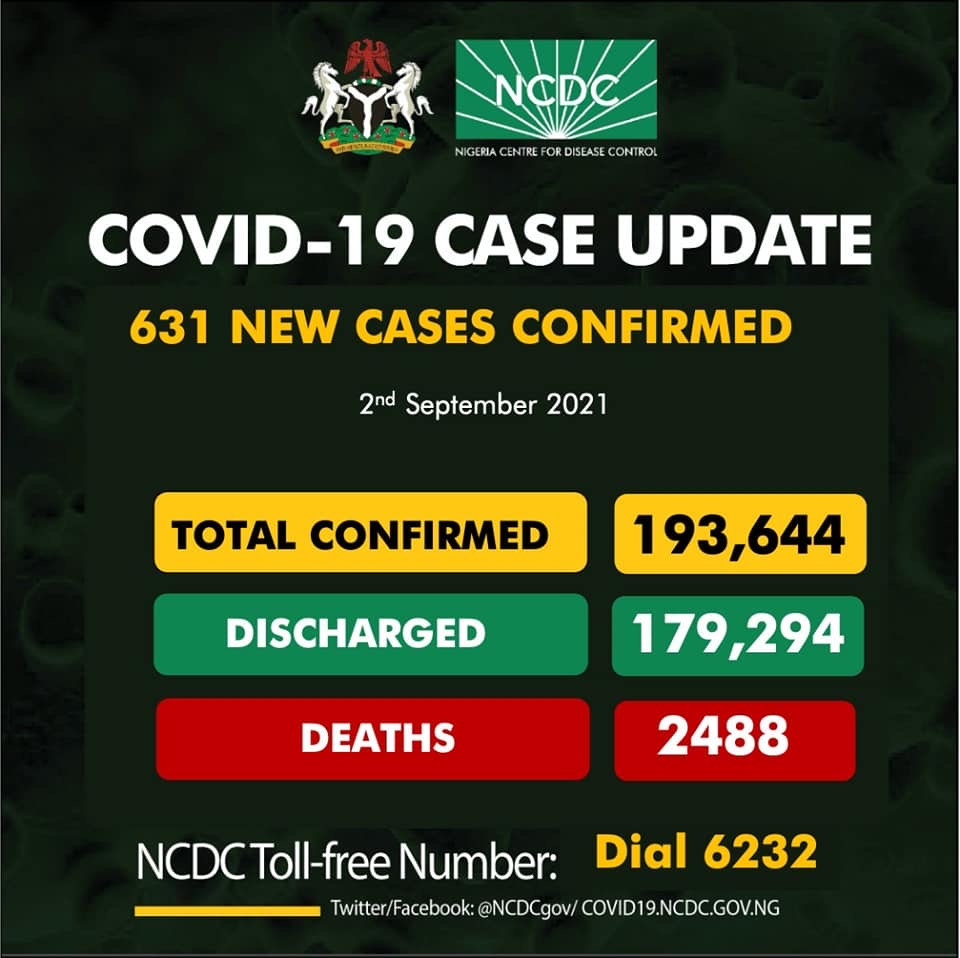 The infections were reported in 19 states and the federal capital territory (FCT), according to NCDC’s data for September 2, 2021.

Lagos recorded the highest number of infections with 172 cases followed by Oyo and Rivers with 93 and 72 cases respectively.

The agency data indicate that 294 people were discharged on Thursday while eight persons died of COVID complications.

NCDC said the data include;

Meanwhile, World Health Organisation (WHO) says African countries may miss the goal of vaccinating 10 percent of their most vulnerable populations against COVID-19 before the end of September.

WHO Africa, in a statement on Thursday, said new data shows that 42 out of Africa’s 54 nations may miss the target with the current pace of delivery and administration of vaccines.

According to the statement, nine African countries, including South Africa, Morocco and Tunisia have reached the global target of vaccination set by World Health Assembly.

Speaking on the development at a media briefing on Thursday, Matshidiso Moeti, WHO regional director for Africa, called for more efforts in the fight against the pandemic, adding that 26 Africans die of the infection every hour.

In other news, Boss Mustapha, secretary to the government of the federation (SGF), says the federal government will soon make COVID-19 vaccination compulsory for civil servants.

Speaking at a meeting of the health commissioners forum on Thursday in Abuja, Mustapha said the government wants civil servants to be vaccinated, considering that they sometimes represent Nigeria abroad.

The SGF, who is chairman of the presidential steering committee on COVID-19 (PSC), said the fact that some countries have banned unvaccinated persons is one of the reasons civil servants should embrace vaccination.