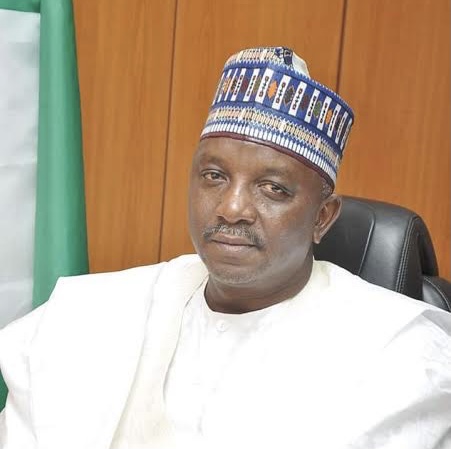 Former Minister of Power, Sale Mamman, has declared his support for Muhammadu Buhari administration following his sack by the President.

He made the declaration on Thursday in a statement, a day after President Muhammadu Buhari relieved Mamman of his duty as a minister.

The President had also sacked the Minister of Agriculture and Rural Development, Mohammed Nanono without stating a reason for his actions.

Despite the development, Mamman said he remained committed to the agenda of President Buhari for Nigeria and would continue to support him.

He thanked the Nigerian leader for the opportunity to serve in his cabinet and contribute his quota to the development of the nation.

Mamman was also thankful for the confidence the President had in him, as well as the support he received while serving as the power minister.

Similarly, he thanked the Vice President, Professor Yemi Osinbajo, and the leadership of the Power Sector Supervisory Working Group.

The former minister also thanked members of the Federal Executive Council for the coordinated and productive working relationships he had with them, as well as those in the Ministry of Power, the All Progressive Congress (APC), and Taraba State, among others.

Earlier, Mamman denied reports that he fainted and was hospitalised following the news of his sack.

He said this in reaction to report by Peoples Gazette that Mamman collapsed in Abuja and landed at the hospital on Wednesday after being told that Buhari had relieved him of his job.

In an interview with BBC Hausa, the dismissed minister admitted that he had been ill and receiving treatment since last weekend.

Even before the sack was announced, I have been seriously ill. I had not even gone to the office since earlier in the week. So, yesterday (Wednesday) and today (Thursday), I also went back to the hospital for another round of checkup. The doctor instructed that I needed some rest. So, I remained at one place to rest.

The ex-minister mentioned that he found a serene and quiet place to rest, explaining why he stayed away from his house.

I found a serene and quiet environment to rest and take medication as recommended by the doctor. I didn’t stay at home because sympathisers are trooping to console me. This would prevent me from resting and convalescing on time. But I was also not hospitalised, and I didn’t faint as reported.