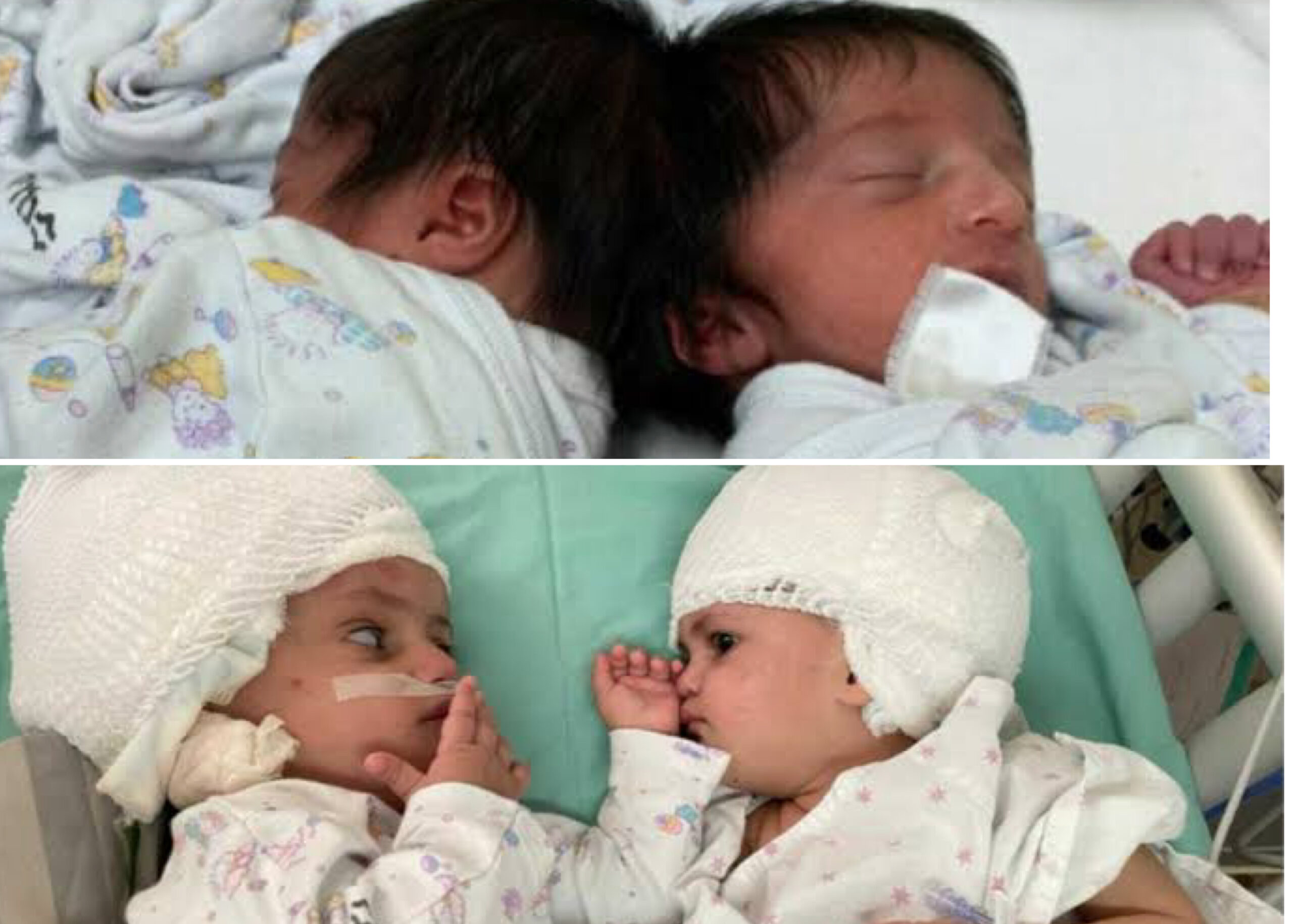 For the first in its national history, doctors in Israel have successfully separated twins conjoined at the head — and say that after the 12-hour “life or death” operation, both babies are likely to live completely normal lives.

Dr. Isaac Lazar told The Times of Israel of the remarkable moment on Sunday when the girls looked at each other for the first time, after a year connected at their heads but unable to see one another, and of the “unbelievable joy” that the parents felt.

When the nurses brought the babies together, newly separated, they looked at each other, made noises, and gently touched each other — it was beautiful. You could see the communication between them, and it was just so special.

Every member of the huge medical team, which had been planning the operation since before the babies were born last August, was aware that a single slip could have disastrous consequences.

“Any wrong decision could have been the difference between life and death,” said Lazar, director of the Paediatric Intensive Care Unit at Soroka University Medical Centre in Beersheba.

It was so delicate, as the surgery was performed between major blood vessels in the babies’ heads. We all knew that any bleed could have catastrophic consequences.

However, the sophisticated Israeli technology that created 3D models for doctors to practice on, and hundreds of hours of preparation, helped everything go smoothly.

Conjoined twins are extremely rare, and every pair is different, so there was limited research that could help. Lazar and his team decided to insert inflatable silicone bags into adjacent parts of their heads, between the scalp and the skull, and start growing skin on top of them.

Every few days, sterile water was injected into the bags, increasing their volume. This stretched the skin slowly. After five to six months, these water-filled bags and the skin covering them became as big as the babies’ heads, and it looked like each baby had two heads.

When these ‘balloons’ were ready, the babies could be admitted for surgery. The separation surgery took 12 hours, and ended with doctors dividing into two teams working in two separate operating rooms, performing a reconstruction of the skull of each of the girls and closing the skin.

After the operation the twins were moved to the ICU, ventilated and sedated. The next day they started breathing on their own and today [Sunday] they met each other for the first time, which was simply amazing.