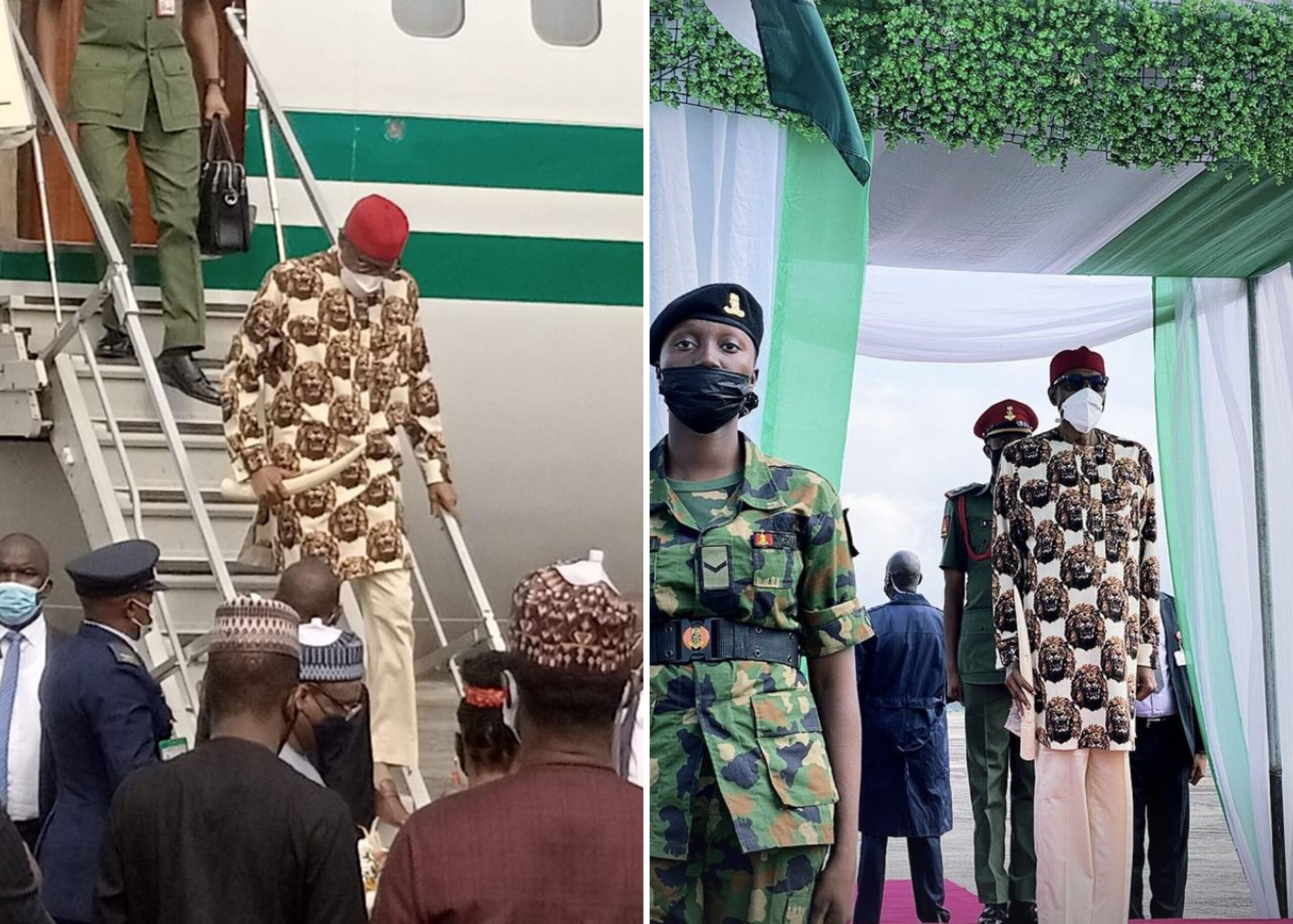 President Muhammadu Buhari is hosting a town hall meeting with South-East leaders and stakeholders in Imo state on Thursday, September 9.

The meeting held during the president’s visit to Imo State – amid agitation for an Indigenous People of Biafra.

Since the return of IPOB leader, Nnamdi Kanu to detention in Nigeria, separatists have continually ordered a sit-at-home on Mondays.

Federal government extradited Nnamdi Kanu from Kenya after he jumped bail and went on the run in 2017.

However, his family and lawyers say he was illegally arrested in June while in the African country, tortured, and flown back to Nigeria.

“The President is now participating in a Town Hall Meeting with South East Leaders, having gone round Owerri to commission a series of infrastructure projects by Governor Hope Uzodinma,” a presidential aide, Tolu Ogunlesi, posted on Facebook.

The meeting, which journalists were not allowed to attend, is taking place at the newly commissioned Ultra modern executive chambers at the Imo Government House, Owerri.

Others in attendance include the President General of Ohanaeze Ndigbo Worldwide, Prof George Obiozor; Minister of Foreign Affairs, Geoffrey Onyema; Minister of state, Chief Uche Ogar: and other party stalwarts.

Earlier, Buhari promised to assist the Governor of Imo State, Hope Uzodinma, deal with security breaches in the state.

Speaking about how impressed he is with the level of development in the state, President Buhari said;

I have gone round and I am impressed with what I saw. A society without security and infrastructure will not progress and lucky this is where my vision has tallied with the governor of Imo state. I will use my power as enshrined by the constitution to make the governor achieve more.

In his speech, the governor urged the president to deal permanently with the issues of insecurity and flooding which he said was ravaging Owerri, the state capital.