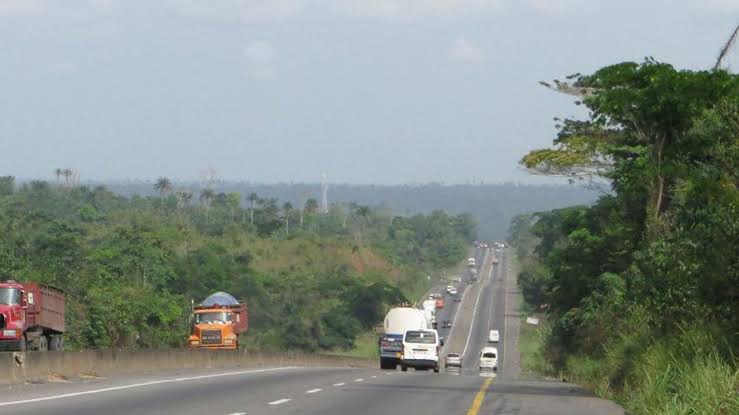 A Lagos-bound bus with 18 passengers has been attacked with some travellers kidnapped along Idoani-Ifira, Akoko axis of Ondo state

According to SaharaReporters, the attack on the Toyota Hiace bus occurred on a failed section of the major road, with the assailants abducting some passengers.

The passengers were marched into a forest after their attackers ordered them out of the vehicle at gunpoint.

Sadiq said the case had been reported to the police and that the anti-kidnapping unit was already working with sister agencies to ensure that the travellers were rescued unhurt.

Buhari Arrives Imo For Commissioning Of Some Projects (Photos)