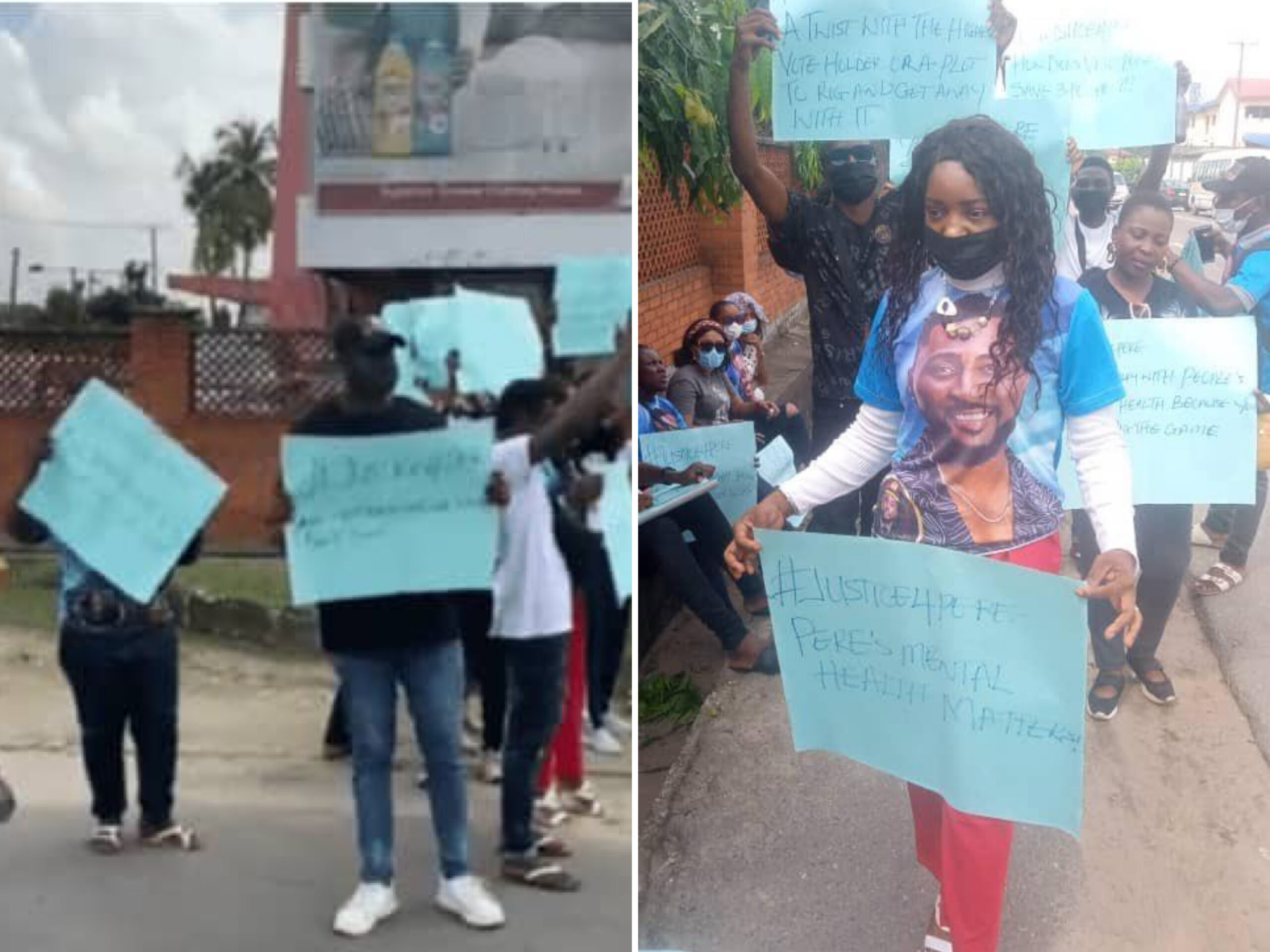 Fans of Big Brother Naija Shine Ya Eye housemate, Pere, have stormed the streets of Illupeju in Lagos State, protesting against the latest twist of the reality TV show.

According to the latest twist, Pere and Angel are to compete in a game to determine who will be the 5th finalist of the show.

Different videos circulating online show that the protesters branded shirts and placards that read, “#Justice for Pere” amongst other messages, stormed the Multichoice office on Monday morning.

Read Also: BBNaija: ‘We Feel Unfairly At A Disadvantage’ – Pere’s Team Reacts To Battling For Finalist Spot With Angel

The development happened after Pere and Angel who had faced fake eviction during the Sunday live show were pitted against each other for them to continue as finalists on the show.

The duo was isolated in a ‘white room’ in the BBNaija house and had to battle their way back into the show through ‘trucks and screwdrivers’, according to Biggie.

Reacting to the difference in the votes, the fans protested, stating that it was unfair for the organisers of the show to make Pere go through the twist when he’s obviously ahead of Angel in the polls.

As the fans protest the ‘injustice’ by BBNaija organisers, the circulating videos show that the environment was heavily guarded by security men.

In a video by BBC Pidgin, One of the protesters said, “If you don’t want him, release him to us. Why the mental stress?”.

Soon after the small crowd began to chant ‘Justice for Pere’, as they hold us their placards in protest.

Watch some videos below;

Came from my office at Ilupeju to check and Patriots are here already #BBNaija pic.twitter.com/tCUgJ4kPy6

Northern Governors, Traditional Rulers Meet In Kaduna Over VAT, Insecurity And Others