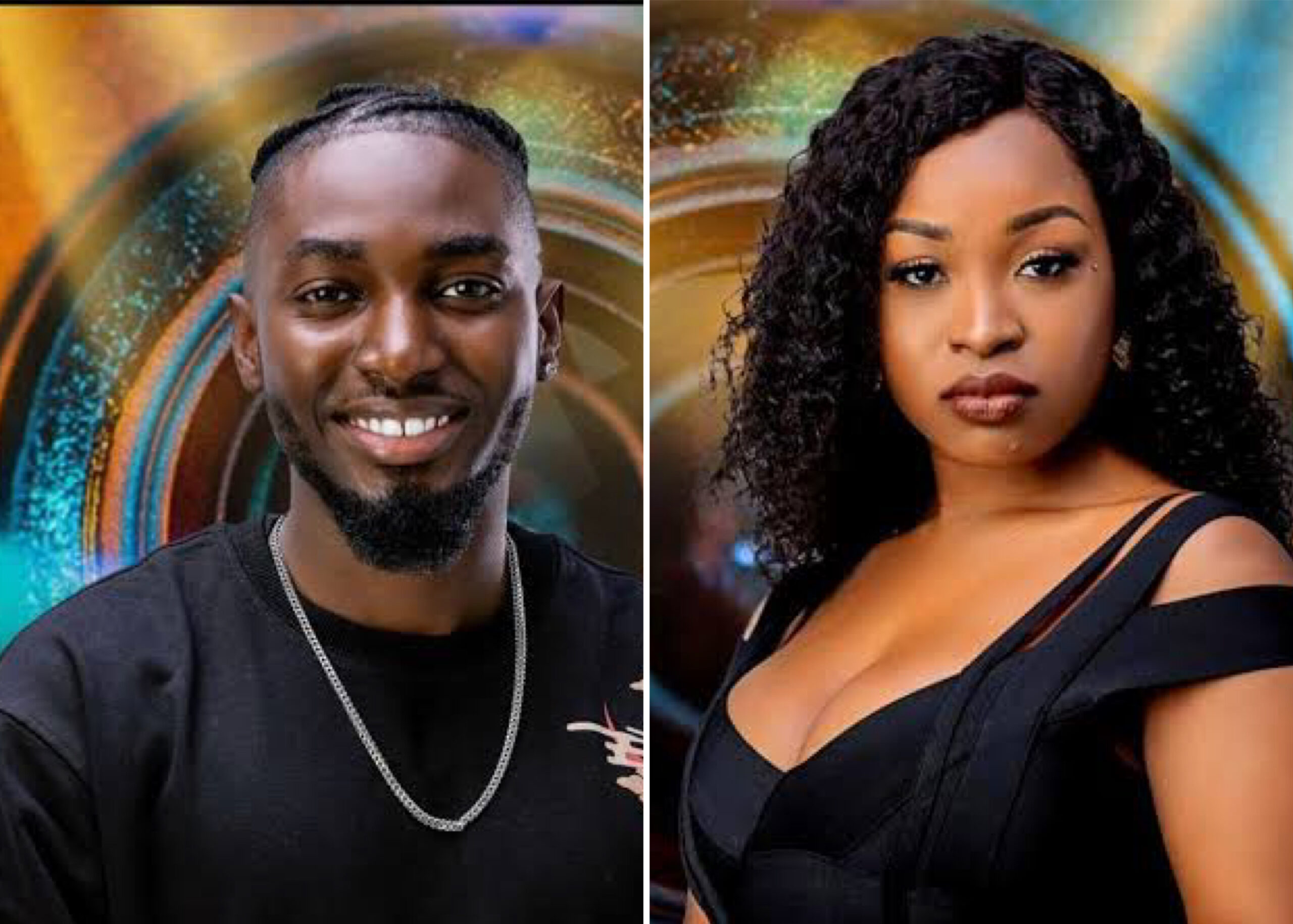 Jaypaul and Jackie B have on Sunday, September 12 been evicted from the sixth edition of Big Brother Nigeria (BBNaija) reality TV show.

The pair were directed to leave the ‘Shine Ya Eye’ house during Sunday’s eviction show after polling the least votes for the week.

Read Also: BBNaija: 15 Housemates Up For Eviction As JayPaul, Jackie B Emerge Joint Head Of House

Jaypaul during a conversation with the show host, Ebuka Obi-Uchendu spoke about his emotional relationship with Saskay, whom Cross is also interested in.

He had declared his love for Saskay while in the house and even surprised her with flowers the past week.

When asked if Saskay’s relationship outside the house affecting his game, JayPaul said it is up to Saskay to determine what happens.

Read Also: BBNaija S6: Jaypaul’s Mum Breaks Down In Tears As She Canvasses For Vote (Video)

To be honest it’s up to Saskay to decide what she wants. We are on our way to becoming a thing and she has so many situations to sort out but if it happens no problem and if not I’ll move on.

Jaypaul added that Saskay’s relationship outside the house doesn’t bother him.

On her part, Jackie B said she is interested in pursuing a relationship with a recently evicted housemate and her love interest, Michael.

Recall that Biggie on Monday had asked the housemates to nominate two people each for eviction during their diary session.

At the end of the exercise, the duo alongside Pere, White Money, Saga, Saskay and Liquorose emerged as housemates up for possible eviction for the week.

However, in a new twist during the Head of House (HoH) task, Biggie had informed housemates that whoever comes second during the game will be awarded the veto power — an authority previously designated to only the HoH.

After the keenly-contested game, Emmanuel emerged HoH while Pere came second with the former appointing Liquorose as his deputy in the process.

Pere thereafter replaced himself on the list of housemates up for eviction with Queen.

Biggie then named White Money, Saga, Saskay, Liquorose, Queen and the pair as the seven housemates up for possible eviction for the week.

This year’s edition of the show has witnessed several twists, including a fake eviction show.

Yerins, Niyi, and Beatrice were earlier sent packing from the house during the show’s first eviction after which Arin and Princess were also evicted in the following week.

This was followed by the eviction of JMK, Sammie, and Maria.

Last week, Boma, Tega, Peace and Michael were also evicted from the show in what was described as a ‘kingsize’ eviction.

A grand prize of N90 million, which is the highest in the show’s history, will be handed out to the ultimate winner when the show ends on October 2.