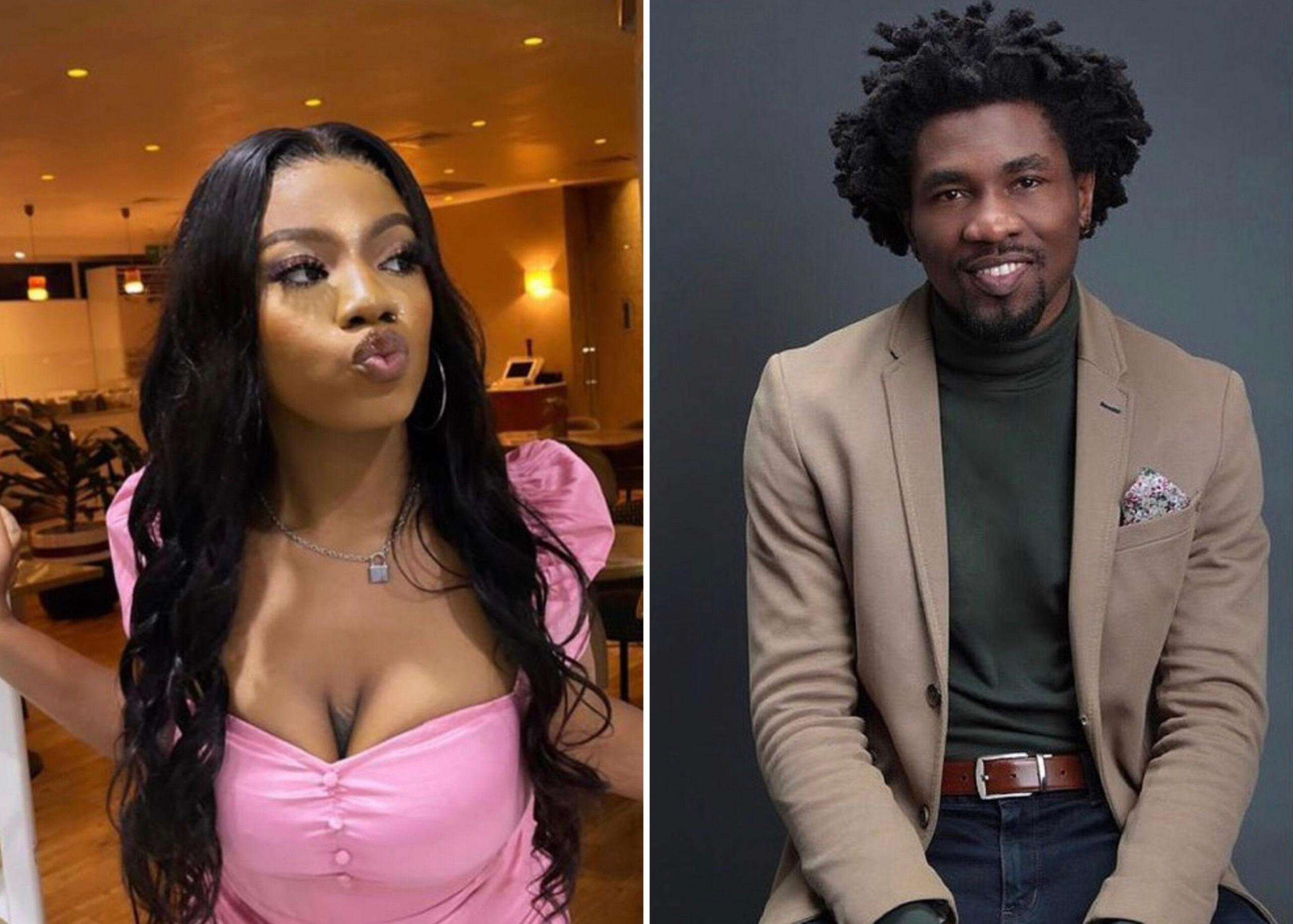 BBNaija housemates, Angel and Boma, have on Thursday, September 2 engaged in a serious argument in Big Brother Naija Season 6 house.

Problem started when Boma confronted Angel and accused her of telling Queen he is a ‘kiss and tell’.

Kiss and tell means to reveal details about one’s romantic or sexual encounters, especially about the person one has had these encounters with.

Angel said Boma accused her of telling the other housemates about the sex activities between himself and a married housemate, Tega.

Read Also: BBNaija: ‘I Cheated On My Wife In Our Matrimonial Home’ – Tega’s Husband Reveals

Angel, responding insulted Boma, warning him not to ever use her as a highlight in the house, saying;

We were all chilling and he came at me, telling me that I told Liquo that he’s a kiss and tell. Tell me when? When did I say that?

Don’t ever think you can degrade me in this house. We are not agemates but we are in this house together, so you are on my level.

Angel lamented that Boma has been acting like he has achieved the most things in life than every other housemate, therefore, he naturally belittles everyone.

However, Boma cursed her out during the argument and told her she would never amount to anything in life.

Reacting, Angel said threatened to retaliate when they exit BBNaija house by becoming more successful than him, stressing;

I made it here and it’s a big deal and if it’s not you wouldn’t be here at your age. You’re looking for who to use for highlight. You’re mad, you’re forming bad boy here for who? Don’t act like a saint. I worked to be in this house, don’t ever speak to me in this house. You’re a mad person.

Don’t ever in your life tell me this will be my biggest achievement. Don’t ever mention my family in your life, you cannot bully me. We would meet outside. At your age, you’re here with me, a 21-year-old. We are on the same level. You’re just a child.

Watch a video of their clash below;

How To Vote On BBNaija 2021, How To Cook Egusi Soup, Essence Remix, Afghanistan Among Top August Google Searches In Nigeria