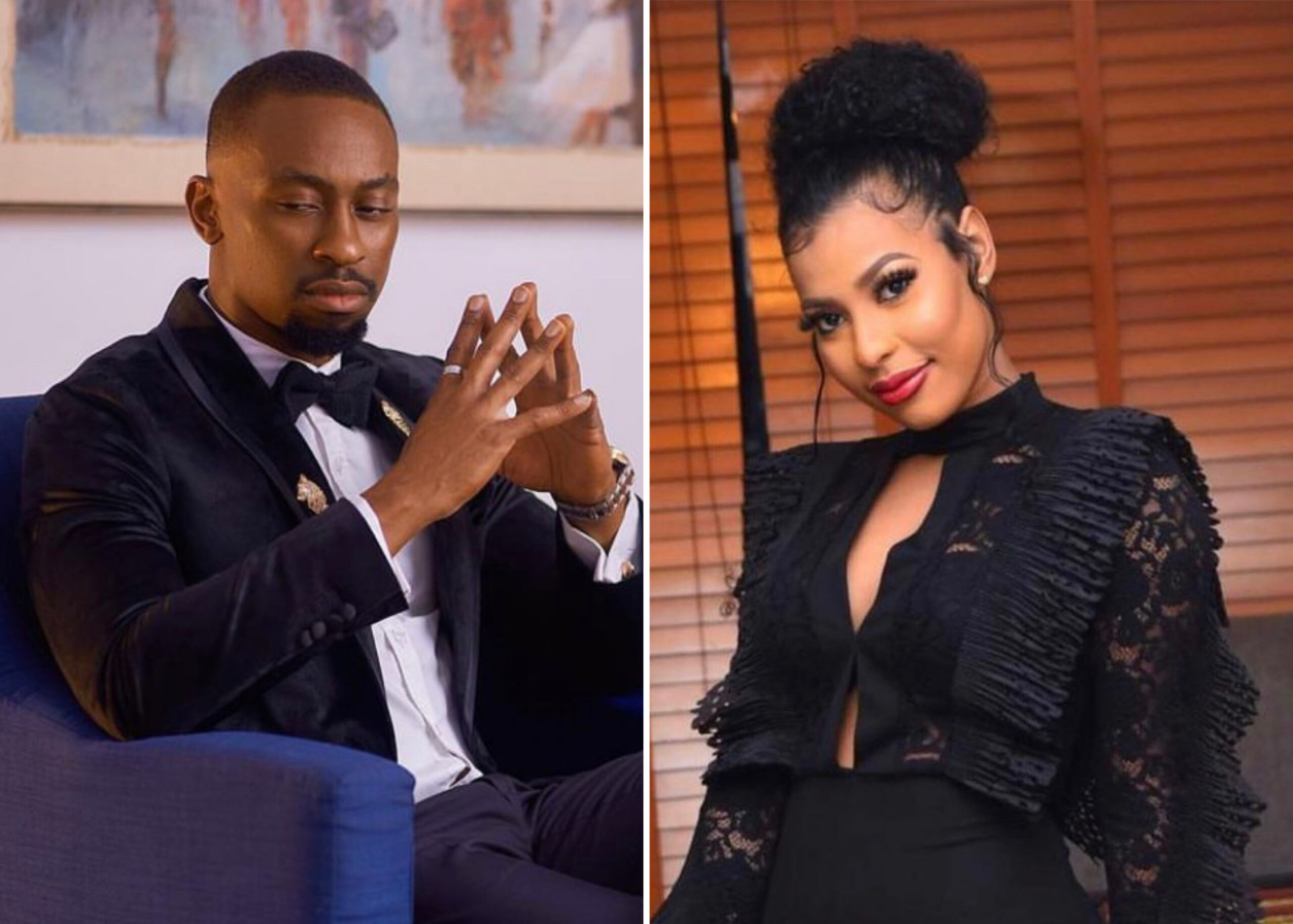 Big Brother Naija season 6 housemates, Saga, Pere, and Angel were seen sleeping in front of the diary room as the search for Nini continued.

Recall that Nini left the Big Brother house to begin the secret task she was given on Tuesday.

Biggie during a diary session told Nini to pack some toiletries, use a secret emergency exit upstairs and leave the house for 24 hours.

She was then instructed to keep the secret and not disclose the task to anyone.

The prank which took effect in the middle of the night, is billed to last 24 hours.

A few hours after Nini left the house, Saga raised an alarm that she was nowhere to be found and other housemates helped him to search the whole house for her but to no avail.

Saga, who looked very frustrated and unhappy was at some point seen in front of the diary room knocking and demanding that Biggie opens the door just incase Nini is stuck inside.

He noted that he won’t be going to bed if Biggie doesn’t provide Nini.

However, after an unsuccessful attempt to find Nini, the three housemates ended up sleeping in front of the diary room.

They were seen with their blankets and pillows lying on the floor in front of the diary room.

Meanwhile, Liquorose and Emmauel continued to search for Nini around the house.

Biggie’s latest prank will not be his first and hopefully not the last before the show wraps up in a few weeks. Last week, he got both Liquorose and Saga to prank their love interests for 48 hours.

Watch the moment Saga set up camp outside the diary room below;

The person that added the soundtrack isn’t well 🤣. Saga carries duvet to sleep infront of the diary room #BBNaija pic.twitter.com/npxENjTBUO

Not Pere and Angel joining Saga to sleep in front of the diary room..

I love them… please Vote for Pere

Man Charged With Murder Of Girlfriend, Her Two Children, Their Best Friend During Sleepover (Photos)