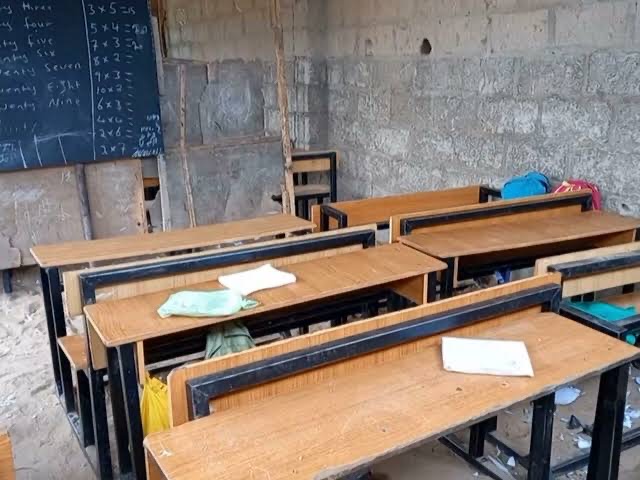 According to ThePunch, Zamfara police command confirmed that the students were kidnapped on Wednesday.

Recall that some gunmen invaded the school on Wednesday morning, abducting 73 students while shooting sporadically.

According to the police,armed bandits invaded the Government Day Secondary School in the village of Kaya in the state at 11:22 am, kidnapping the students.

“The command has deployed search and rescue team that was mandated to work in synergy with the military to ensure the safe rescue of the abducted students”, Zamfara police spokesman, Mohammed Shehu had said in the statement.

In latest development, the father of one of the students who regain their freedom told BBC Hausa that his daughter returned home around 1am.

He said his daughter told him the kidnappers divided them into two groups, and that while that was being done, she and four others managed to escape.

The parent added that two of the students who escaped were receiving treatment at a hospital.

Also, a former councillor of Kaya Ward, Yahaya Kaya said his daughter, Amina, was among the students released by the bandits.

According to him, the five students were taken back to their hometown Kaya, around 01:am on Thursday.

He, however, maintained that the school students were all in good health.

The Rush By Pop Central, High Energy Reality TV Show Is Coming To Your Screens Soon