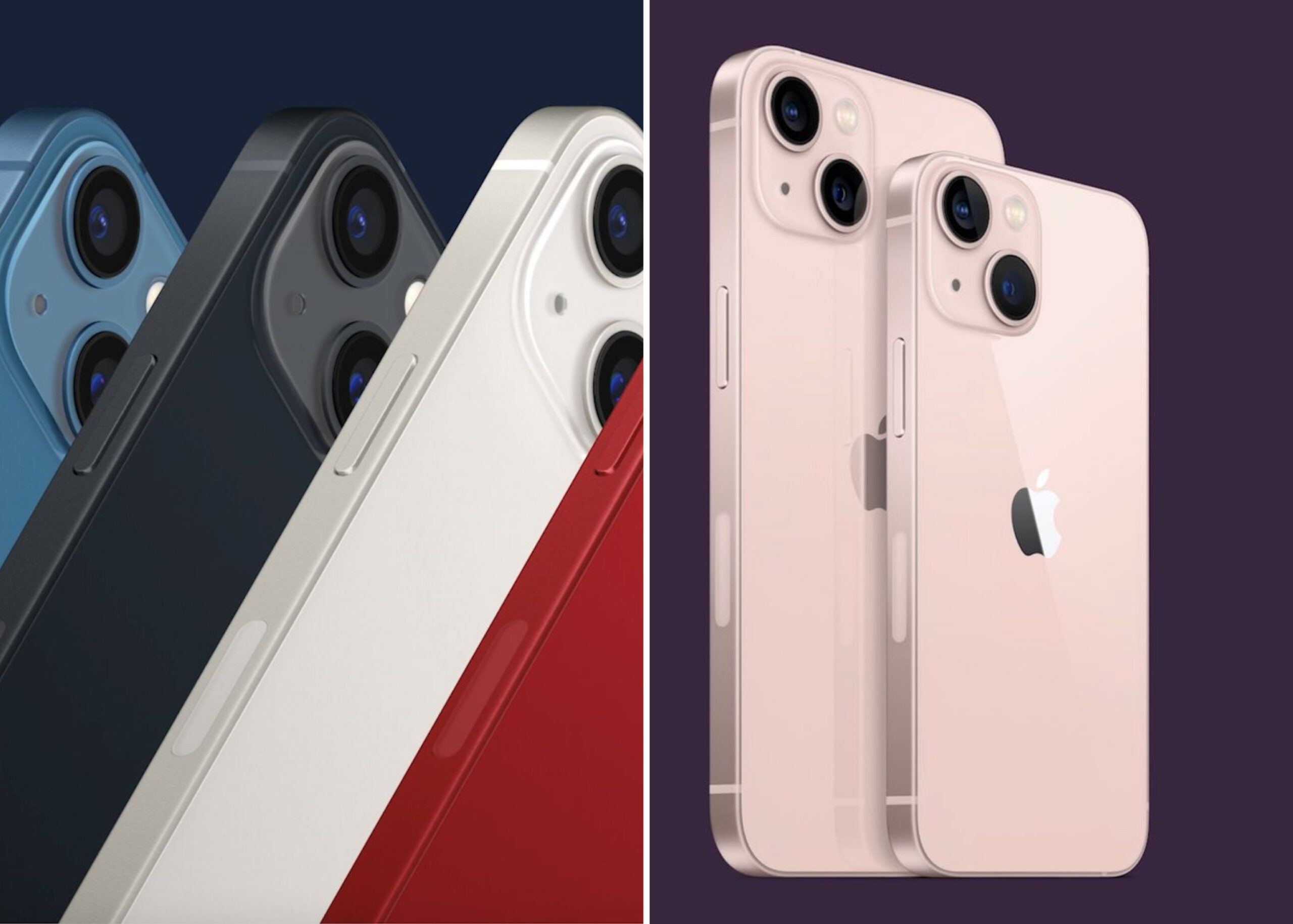 Apple has on Tuesday given the world the first look at its new iPhone 13 models during its annual product event hosted live from its headquarters in Cupertino, California.

The new iPhone 13 is not a completely redesigned Apple smartphone, but includes subtle changes that improves performance and user experience.

For example, the Face ID notch is 20 percent smaller than what is featured on the iPhone 12.

The 6.1-inch iPhone 13 keeps the sleek design and ceramic front shield as its predecessor, but now boasts a diagonal camera lenses design for the new dual system.

The smartphone has a smaller display cutout, or “notch,” at the top of the screen and and brighter screen, Apple said. It comes in two sizes, 5.4-inch, and 6.1-inches, and five colors.

Meanwhile, the largest upgrade is an increase in battery life: the iPhone 13 provides 2.5 more hours than the iPhone 12 and the iPhone mini gets 1.5 extra hours of power, Apple said.

Another change which comes with each new iPhone, is new camera modules arranged diagonally. One camera is a 12-megapixel wide-angle lens, with a big sensor that captures 50% more light, Apple said. While, the other lens is an ultra-wide lens.

One of the camera improvements is a new “cinematic mode” that can hold focus on a moving subject. 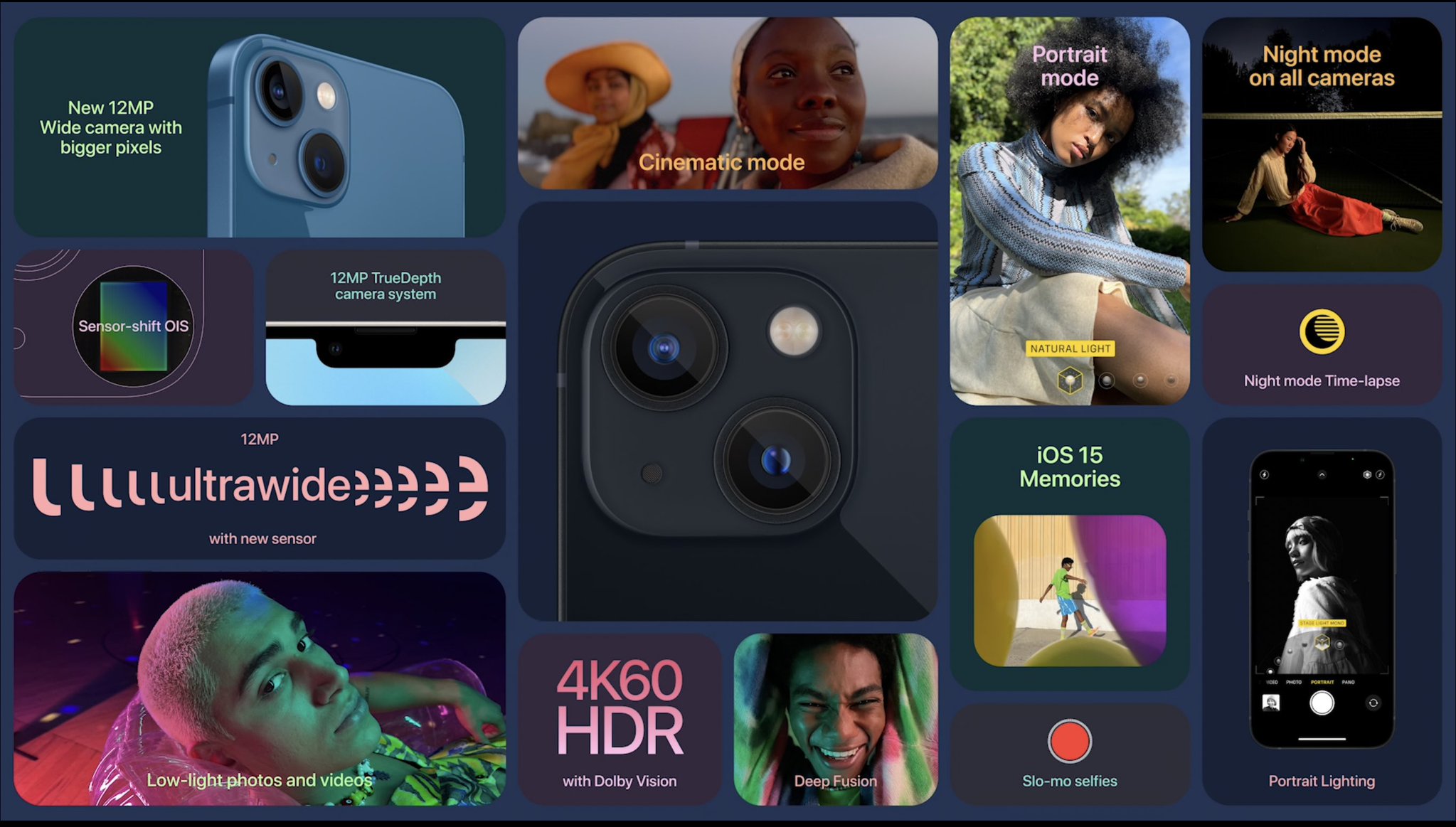 The latest device has a Apple-designed chip powering it called A15 Bionic and includes an up to 50 percent faster CPU than the competition, along with delivering up to 30 percent faster graphics. 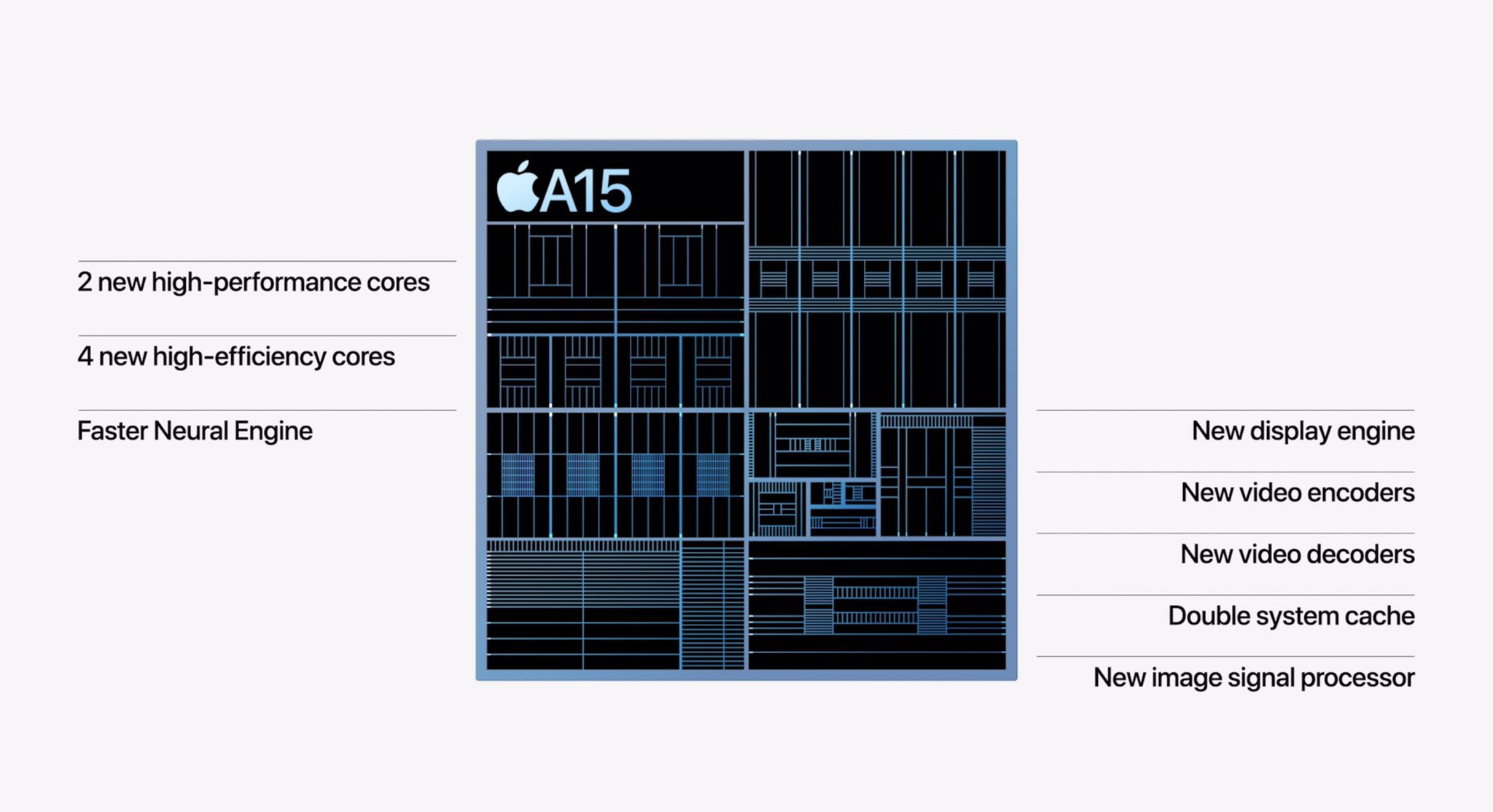 Just like last year’s model, this year’s iPhones will have 5G connectivity. Apple says it works on carriers in 60 countries.

Also, iPhone 13 and iPhone 13 Pro feature dual eSIM support for the first time ever. Apple introduced eSIM support on iPhone with iPhone XR and iPhone XS in 2018. However, while you can use a regular SIM and an eSIM at the same time, there is no way to use two eSIMs simultaneously — until now.

The new capability was confirmed by Apple on the iPhone 13 specs webpage. There, Apple says that iPhone 13 models support both Dual SIM using regular SIM and eSIM and “Dual eSIM,” as the company calls it. If you check the webpage of the iPhone 12 or previous generations, only combined Dual SIM support is mentioned. 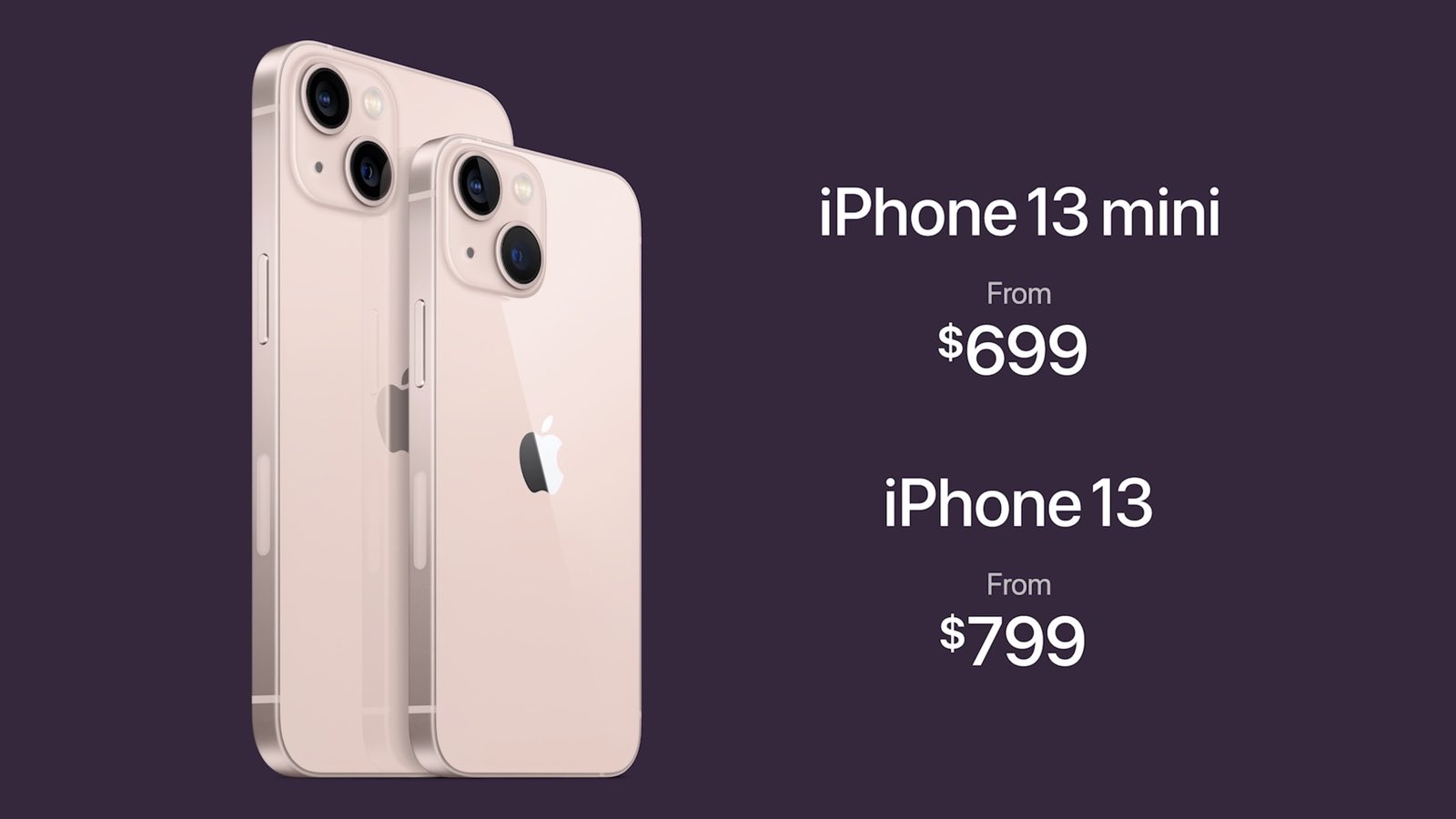