Annie Idibia Calls Out 2baba, Family, Baby Mamas As She Accuses Him Of Cheating With Ex-Girlfriend, Pero 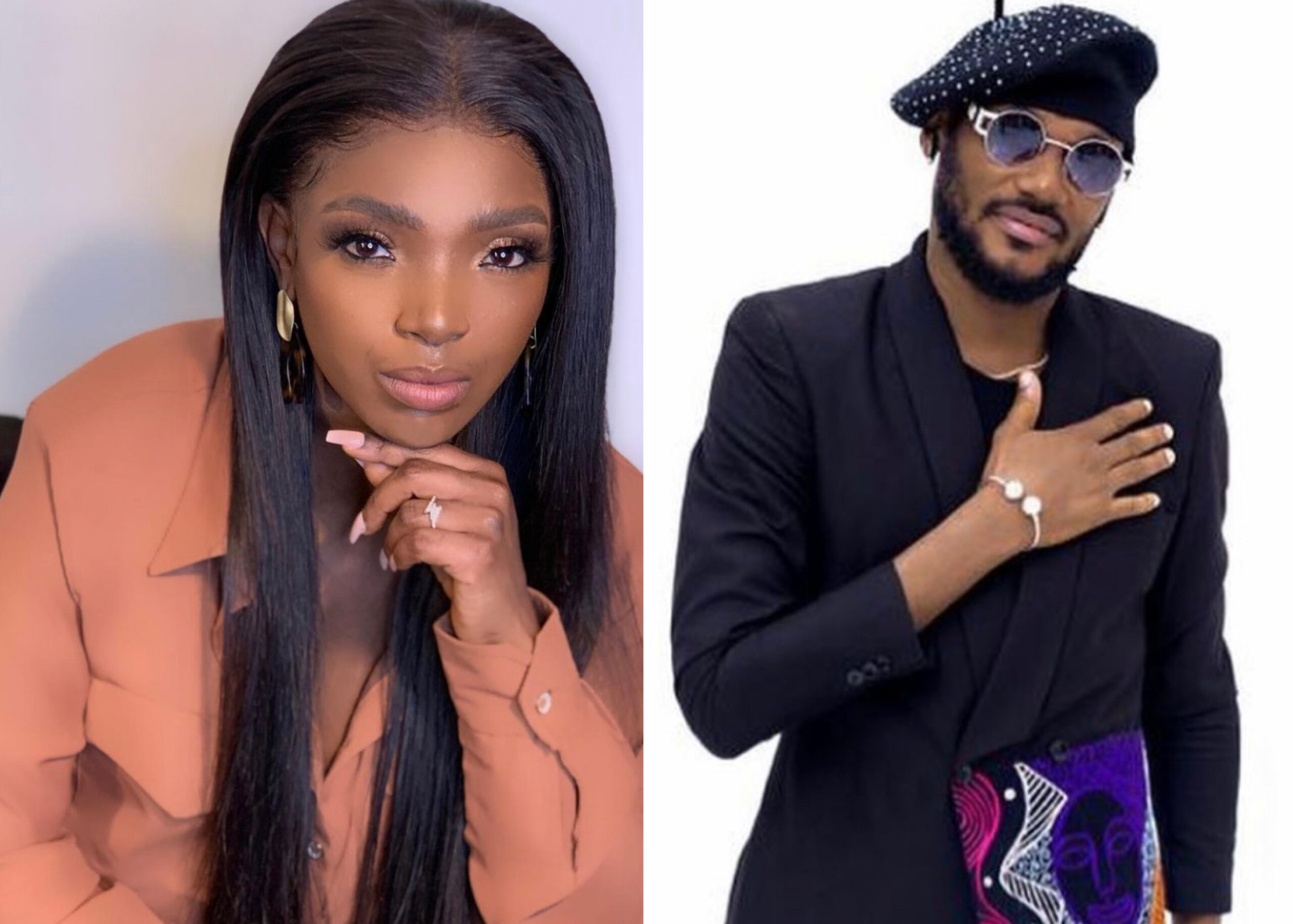 Annie Idibia, actress and wife to veteran singer, Innocent Idibia better known as 2baba, has called out her husband, his family and the mother of his other children.

The actress and mother of two in now-deleted stories on her Instagram page called the celebrated musician out for doing little to fight for their marriage and giving in to the interference of his family members and former partners like Pero Adeniyi.

On 2 May 2012, 2Baba and Annie Macaulay got married in a private ceremony in Lagos. A civil ceremony which had a high attendance of celebrities also held in Dubai, UAE on 23 March, 2013. The celebrity couple welcomed their first child, Isabella together in 2008 and Olivia in 2014.

However, 2baba was once in a relationship with two other women, Sumbo Ajala-Adeoye and Pero Adeniyi.

Over the years, 2baba often visited his other children and spending time with them alongside  their mothers.

However in latest development, Annie took to her social media page to bear her mind about the situation of things in her family.

Via her Instagram story, she spoke about 2baba’s family has never found her worthy and never liked her from the get go no matter how hard she tried.

Annie added that she has been patient and she has made so many sacrifices for 2baba and his kids, but she’s no fool.

I am a patient woman!! I I am not a fool innocent! Your family never loved r from the beginning! No matter how hard I tried ! I was never worthy to them!!! I have made so many sacrifices for you and all your children. God knows I have tired @official2baba.

Speaking about his baby mamas, Annie alleged that the women constantly use their children as an excuse for different unpleasant actions.

Your baby mamas constantly use your children as an excuse for all sort of rubbish! I try to stay gracious!! You are not the first man on the planet to have kids by different women !!!! You can do better! Everything I do is to show the good human that u r!!! But today! This move done by you, Efe, Frankie n your family is unacceptable!!

Annie then called out 2face for sleeping under the same roof with his children’s mother, Pero Adeniyi, under the guise of his children.

She also called out Tuface’s brother, Hyacinth Idibia, for housing the singer, his kids and Pero under the same roof.

The mother of two added;

What kind of man takes his kids to Disney n spend nights in the same apartment with his kids n their mother!? How many times have u gone to see ur kids with pero ! N she stay with un the kids under the same roof for nights! Or is it when brother your @hi.idibia house u, your kids n pero under the roof??! I can go on n on! 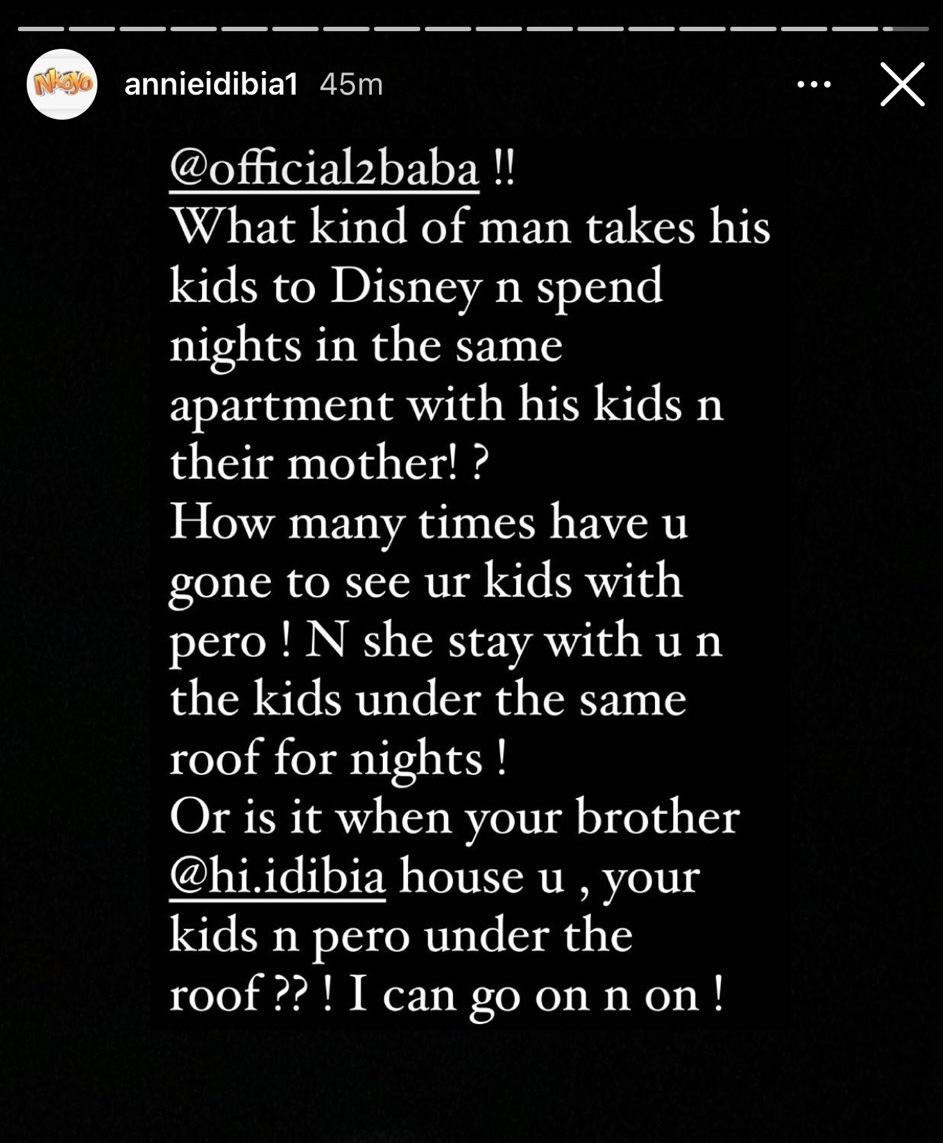