Alleged N400m Fraud: Olisa Metuh To Be Re-Arraigned On Oct 14 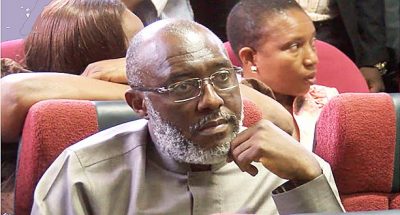 Federal High Court has fixed October 14, for the re-arraignment of the former National Publicity Secretary of Peoples Democratic Party, Olisa Metuh, over alleged fraud to the tune of N400 million.

The date was fixed following the absence of the new trial judge, Justice Obiora Egwuatu, in court on Tuesday.

Consequently, Metuh’s re-trial could not proceed, despite his presence and that of all the parties involved, in court.

The court of Appeal, Abuja, had on December 16, 2020, nullified a Federal High Court judgement that convicted and sentenced Metuh to seven years imprisonment for money laundering.

The appellate court held that the judgement of the trial judge, Okon Abang, was tainted with bias, and subsequently sent the case file back to the Federal High Court for retrial by another judge.

Metuh would now be re-tried over allegations of receiving the sum of 400 million from the former National Security Adviser, Colonel Sambo Dasuki (rtd), prior to the 2015 presidential election, without contract approval or execution.