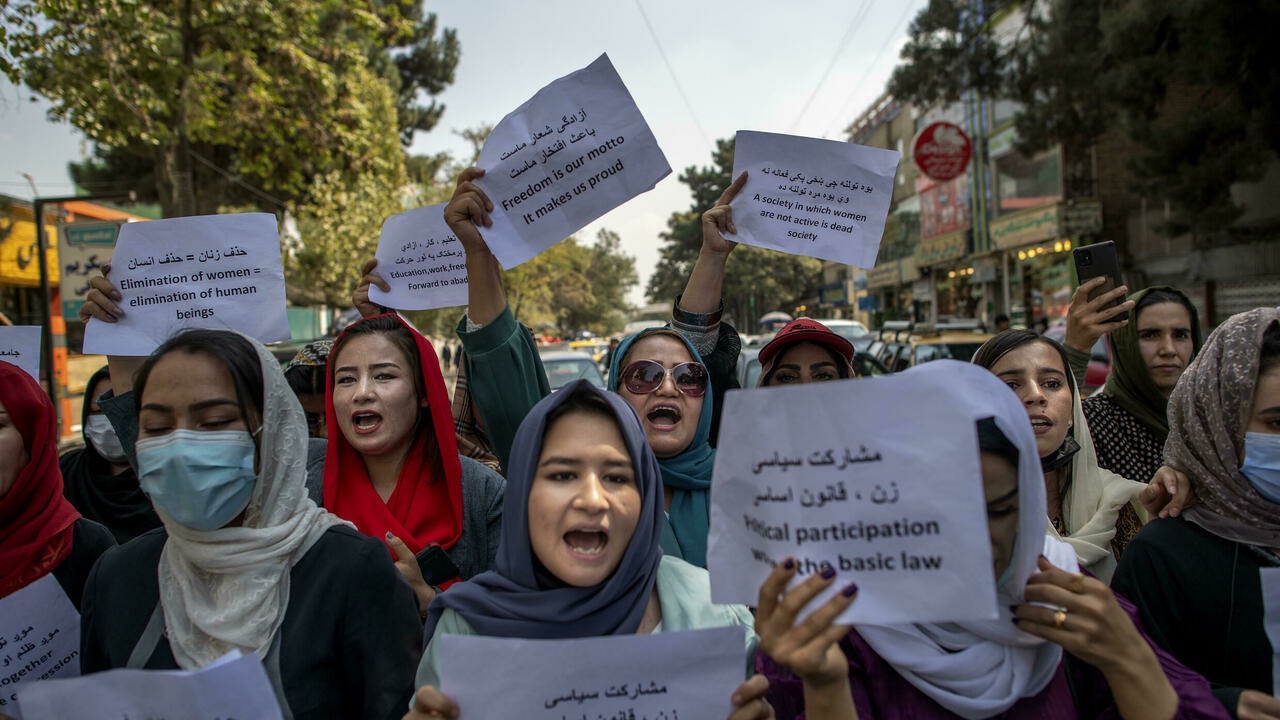 Taliban’s effective ban on women working sank in on Monday, sparking rage over the dramatic loss of rights after millions of female teachers and girls were barred from secondary school education.

After pledging a softer version of their brutal and repressive regime of the 1990s, the Islamic fundamentalists are tightening their control of women’s freedoms one month after seizing power.

“I may as well be dead,” said one woman, who was sacked from her senior role at the ministry of foreign affairs.

“I was in charge of a whole department and there were many women working with me… now we have all lost our jobs,” she told AFP, insisting she not be identified for fear of reprisals.

The acting mayor of the capital Kabul has said any municipal jobs currently held by women would be filled by men.

That came after the education ministry ordered male teachers and students back to secondary school at the weekend, but made no mention of the country’s millions of women educators and girl pupils.

Taliban on Friday also appeared to shut down the former government’s ministry of women’s affairs and replaced it with one that earned notoriety during their first stint in power for enforcing religious doctrine.

While the country’s new rulers have not issues a formal policy outright banning women from working, directives by individual officials have amounted to their exclusion from the workplace.

Many Afghan women fear they will never find meaningful employment. A new Taliban government announced two weeks ago had no women members.

Although still marginalised, Afghan women have fought for and gained basic rights in the past 20 years, becoming lawmakers, judges, pilots and police officers, though mostly limited to large cities.

Hundreds of thousands have entered the workforce — a necessity in some cases as many women were widowed or now support invalid husbands as a result of two decades of conflict.

However, since returning to power on August 15, the Taliban have shown no inclination to honour those rights.

When pressed, Taliban officials say women have been told to stay at home for their own security but will be allowed to work once proper segregation can be implemented.

“When will that be?” a woman teacher said Monday.

“This happened last time. They kept saying they would allow us to return to work, but it never happened.”

During the Taliban’s first rule from 1996 to 2001, women were largely excluded from public life including being banned from leaving their homes unless accompanied by a male relative.

In Kabul on Friday, a sign for the ministry for the promotion of virtue and prevention of vice was erected at the building housing the old government’s ministry for women’s affairs building in the capital.

Vice ministry enforcers were notorious for punishing anyone deemed not to be following the Taliban’s strict interpretation of Islam.

On Sunday around a dozen women protested briefly outside the building, but dispersed when approached by Taliban officials.

No official from the new regime responded Monday to requests for comment.

In Herat, an education official insisted the issue of girls and women teachers returning to school was a question of time, not policy.

“It is not exactly clear when that will happen: tomorrow, next week, next month, we don’t know,” Shahabudin Saqib told AFP.

“It’s not my decision because we have had a big revolution in Afghanistan.”

The United Nations said it was “deeply worried” for the future of girls’ schooling in Afghanistan.

“It is critical that all girls, including older girls, are able to resume their education without any further delays,” the UN’s children’s agency UNICEF said.