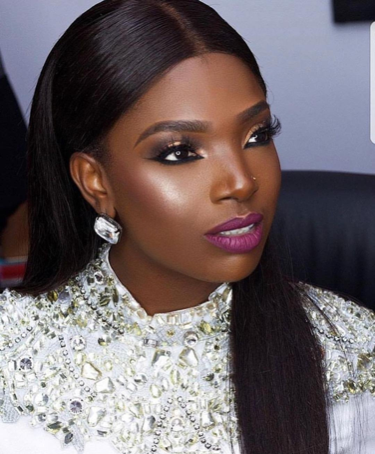 Brother to Annie Idibia, Uduak has dissociated himself from her few hours after the actress called out her husband and his family on social media.

Annie, had in a post on her Instagram handle slammed her husband for visiting one of his baby mamas, Pero Adeniyi and sleeping in the same room with her under the guise of visiting his children who she birthed for him.

Her post has since generated reactions on social media with one of her husband’s brothers slamming her for the act, while accusing Annie’s mother of being diabolical.

2face’s brother responding, told Annie to release evidence of the wrongs his family did to her.

According to him, 2face is dying slowly and is not living a happy life.

On his part, Uduak, who many thought would have taken sides with her sister, in a post on his handle slammed the actress, stating that he has nothing to do with her anymore.

This is for mutual friends and family, I just want to announce the entity and actress known as ‘Annie Idibia has seized to be friend, family, sister. Don’t hit me up, don’t DM me about her I have nothing connected with Annie or that brand whatsoever.

2Face Idibia Issues Apology To Annie, Members Of His Family