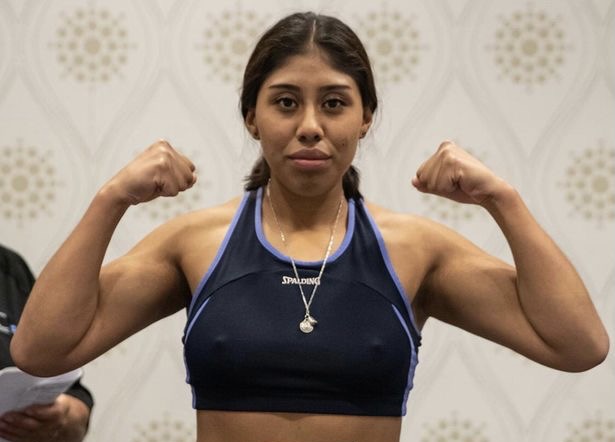 Female Mexican boxer, Jeanette Zacarias Zapata has tragically passed away at 18 after a knockout in Montreal had left her in critical condition.

She was knocked out in the fourth round against Marie Pier Houle at GVM Gala International about a week ago.

The 18-year-old appeared to have a seizure after a left uppercut and a right hook, and she was immediately rushed to hospital.

Referer, Albert Paduano Junior had checked on the Mexican fighter and called time on the contest after the fourth round, with the medical team quickly placing her in an ambulance.

However, fight promoter Yvon Michel announced the grave news in a statement on Thursday.

It is with great sadness and torment that we learned, from a representative of her family, that Jeanette Zacarias Zapata passed away this afternoon at 3:45 pm.

“The entire team at Groupe Yvon Michel team is extremely distressed by this painful announcement,” the promoter said, offering condolences to Zapata’s family.

Houle – Zapata’s opponent last weekend – took to social media to express her sadness with the outcome.

Boxing carries a lot of risks and dangers. This is our job, our passion. Never, forever, intention to seriously hurt an opponent is part of my plans. I extend my deepest condolences to her family and spouse Jovanni Martinez. Thank you for respecting my desire not to comment more.

The sad news of the departure of a great athlete like Jeanette Zacarias Zapata leaves me sad and devastated. I offer my sincere and deep condolences to her family and husband Jovanni Martinez. May God enlighten your soul and receive it in His Glory.

The president of the WBC, Mauricio Sulaimán and the entire boxing family affiliated with the WBC, as well as all boxing, mourns this irreparable loss.bWe send our deepest condolences to the family and friends of Jeanette. May she rest in peace.