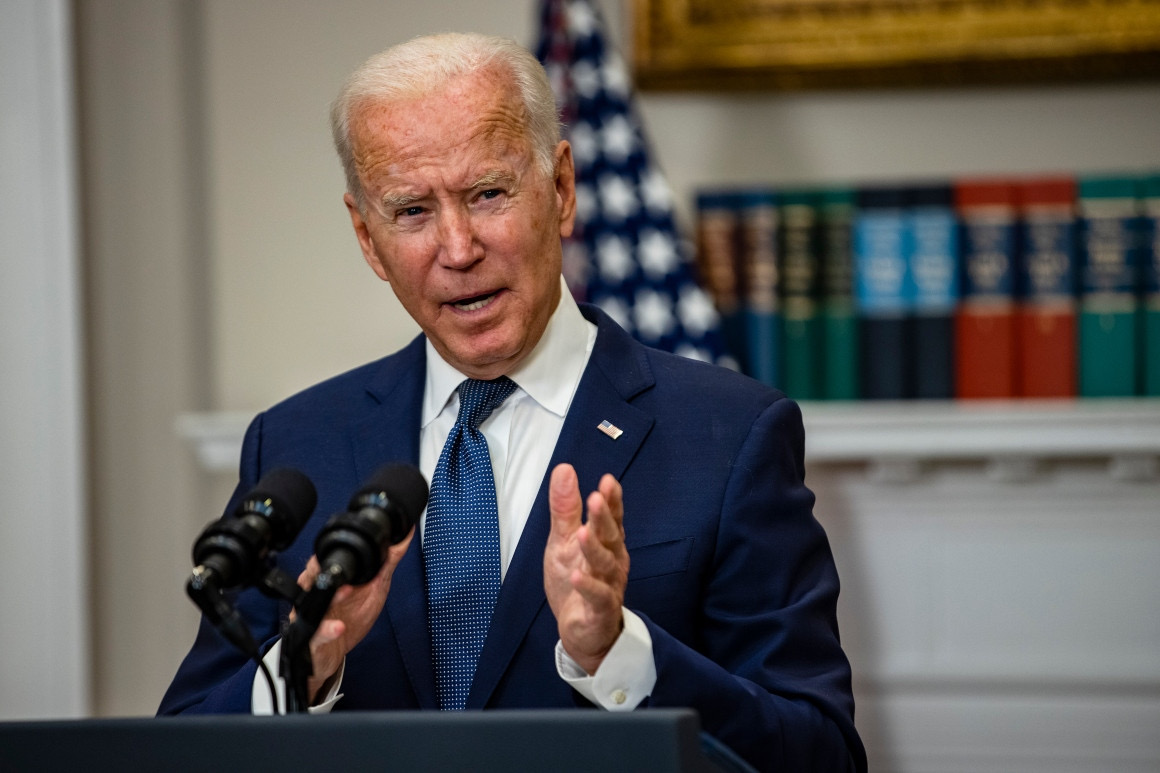 United States killed two “high profile” Islamic State targets with a drone strike in Afghanistan on Saturday, as the airlift of those desperate to flee moved into its fraught final stages with fresh terror attack warnings and Taliban forces primed to take over Kabul airport.

US forces overseeing the evacuation have been forced into closer security cooperation with the Taliban to prevent any repeat of the suicide bombing that killed scores of civilians crowded around one of the airport’s main access gates and 13 American troops.

The attack was claimed by a regional Islamic State chapter (ISIS-K), and the Pentagon said it had killed two “high profile” targets and wounded another from the jihadist group with a drone strike in eastern Afghanistan.

No civilians were hurt in the attack Major General Hank Taylor told a news conference in Washington.

The fact that two of these individuals are no longer walking on the face of the Earth, that’s a good thing.

With the airlift window narrowing sharply ahead of an August 31 deadline, more than 5,000 people remained inside Kabul airport awaiting evacuation on Saturday.

Gone are the crowds of thousands around the airport’s perimeter, hoping to be let through and allowed onto a plane.

Now, the Taliban have sealed off roads leading to the airport and are only letting sanctioned buses pass.

“We have lists from the Americans… if your name is on the list, you can come through,” one Taliban official told AFP near the civilian passenger terminal.

The carnage of Thursday’s suicide attack injected further stress and tension into a situation already fraught with panic and despair for those wanting to leave and high risk for the US forces tasked with securing the operation.

On Saturday, two senior health officials from the former Afghan administration told AFP the death toll from the blast had topped 100, including the 13 Americans. Some media have put the toll as high as 170.

The bombing followed a chorus of warnings about an imminent threat and, as people gathered outside the airport Saturday, the United States issued a fresh alert for its citizens to leave areas around the main gates “immediately”.

In recent years, the Islamic State’s Afghanistan-Pakistan chapter has been responsible for some of the deadliest attacks in those countries — massacring civilians at mosques, shrines, public squares and even hospitals.

At the White House, President Joe Biden’s press secretary Jen Psaki said US national security experts consider another attack is “likely” and the next few days will be “the most dangerous period to date”.

Taliban spokesman, Bilal Karimi tweeted that the group’s fighters had already moved into parts of the military side of Kabul airport, but the Pentagon stressed that US forces retained control over the gates and airlift operations.

Heavily armed Taliban fighters were seen throughout the grounds and auxiliary buildings of the airport complex on Saturday, while US marines peered at them from the passenger terminal roof.

After a 20-year war, the foes were within open sight of each other, separated by just 30 metres (yards), and holding fire.

Racing to meet the Tuesday withdrawal deadline has required close cooperation with the Taliban on evacuee movements and the IS threat.

The head of US forces at Hamid Karzai International, Rear Admiral Peter Vasely, is in constant contact with the Taliban official overseeing security around the airport.

And with the Taliban poised to take over when the last US plane leaves, discussions have begun on resuming normal flight operations.

Turkish officials have held initial talks with the Taliban in Kabul about helping get the airport back up and running.

President Recep Tayyip Erdogan said the Taliban offer was for them to oversee security at the airport, while Ankara runs logistical operations.

Under enormous criticism at home and abroad for his handling of the Afghan crisis and the US military withdrawal, Biden has pledged to stick to the airlift deadline and punish those responsible for the suicide blast.

About 112,000 people have been flown out of the country since August 14, the day before the Taliban swept to power, according to the US government.

On Saturday, Taliban fighters escorted a steady stream of Afghans from buses to the main passenger terminal, handing them over to US troops for evacuation.

Many Western allies have announced an end to their airlifts, with some admitting that at-risk Afghans eligible for evacuation had been left behind.

The United Nations said it was bracing for a “worst-case scenario” of up to half a million more refugees from Afghanistan by the end of 2021.

Taliban have promised a softer brand of rule compared with their first stint in power from 1996 to 2001, which ended when the United States invaded Afghanistan following the September 11, 2001 attacks.

But many Afghans fear a repeat of their brutal interpretation of Islamic law, as well as reprisals against those working with foreign militaries, Western missions or the previous US-backed government.

Women’s role in society has been one of the biggest concerns, after they were banned from work and education and confined to their homes during the group’s previous rule.

“They can work, they can study, they can take part in politics and they can do business,” he told a press conference.

Police Rescue Two Siblings Kidnapped By Their Nanny In Benin

Nigerians In US Bemoan Scarcity Of Passport Booklets, Appeal…