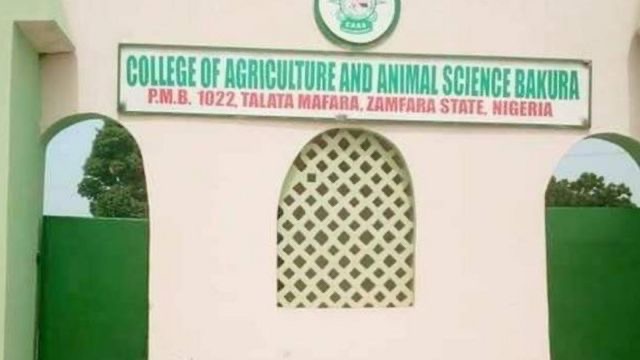 Abductors of the students and staff of the College of Agriculture and Animal Science, Bakura in Zamfara State have demanded N350 million as ransom for their release.

The provost of the college, Habibu Mainasara, disclosed this in an interview with Channels TV on Tuesday, August 17.

Recall that armed men with sophisticated weapons stormed the school on Sunday night, August 15 and abducted the students.

Mainasara while speaking on the development, said a total of 20 people were abducted, including 15 students, 4 staff, and a driver. During the attack, the gunmen killed two watchmen and a police officer.

Meanwhile, the Zamfara State Governor, Bello Matawalle, has promised to secure the release of the victims of the latest abduction by bandits in the state.

In a statement by his spokesman, Yusuf Gusau, on Monday, he condemned the attack on the College of Agriculture and Animal Science, Bakura.

Governor Matawalle who is seriously saddened with the resurgence of school abduction in the state by recalcitrant bandits is, however, thankful to God for the prompt response of the security agencies to the school to reinforce the already stationed security at the school which also led to the successful rescue of three out of the four abducted staff of the institution.

The governor directed the security operatives in the state to intensify efforts and rescue all the abductees, promising to do everything humanly possible to rescue them unhurt.

British Student Stuck In Afghanistan While On Holiday Safely Evacuated