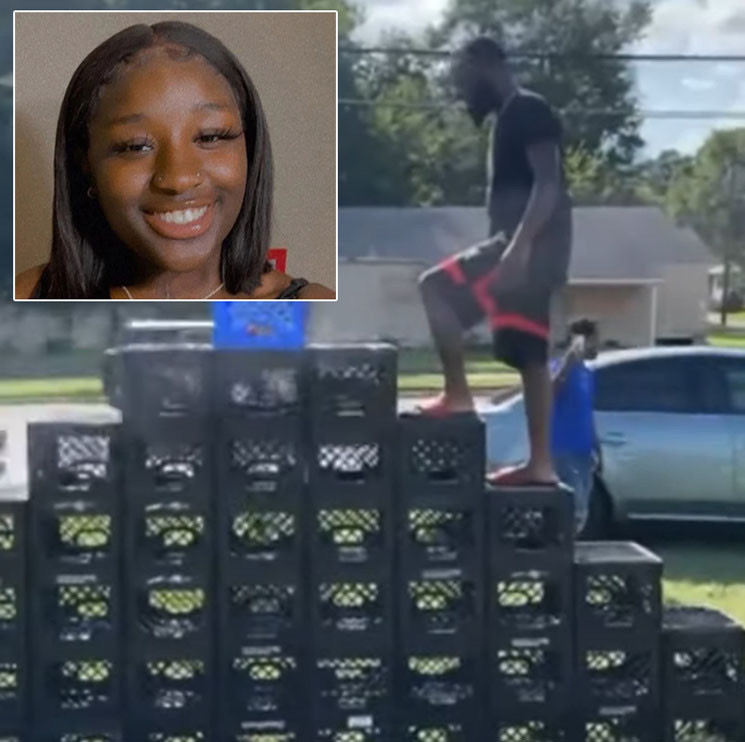 A teen girl in Louisiana and two others have been shot dead while filming a viral crate challenge video on social media.

The shooting reportedly took place on August 22 outside of Linwood Public Charter School, where a group of men were filming a video of a viral TikTok trend known as “Crate Challenge.”

This new craze already has amassed more than 15.3 million views on TikTok, and consists of trying to cross over a pyramid of plastic crates on foot without them toppling over.

However, at about 5:30pm on Sunday, while some young people were filming their crate challenge outside Linwood Public Charter School in Shreveport, Louisiana, shooting erupted.

19-year-old Paris King was among the victims killed while filming the milk crate challenge video.

In a video which was shared to Twitter by user @SirVstudios, a man can be seen attempting to walk across the black crates just before gunfire breaks out.

The group then disperses and the man who is filming the video, which is visible here, appears to sprint for cover shouting: “Get me my gun, get me my gun!”

It is not known who was firing or if the group performing the crate stunt was specifically targeted, but according to local radio station Keel.FM, the event took place at Linwood Avenue on West 70th Street.

In a longer version of the clip on the radio station’s site, the person with the camera can also be heard exclaiming: “My baby!”

It is unclear if the man doing the crate challenge survived the shooting.

Local news outlet KSLA News 12 reported that two people were shot outside the school at 5:36 p.m.

The police were later called to Circle K on East 70th Street at Gilbert Drive where King was found dead in the back seat of a car 6:11 p.m.

The driver of the car, and the other passenger, did not suffer injuries. Police have stated that they believe the two crime scenes are related.

A police spokesman told NewsWeek that a man tried to drive away after the shooting but stopped when he realised King was shot in the back seat.

The driver of the car, and the other passenger, did not suffer injuries, Newsweek reported.

Linwood Avenue and St. Vincent Avenue and East 70th at Gilbert are now closed for investigation.

Watch a video of the shooting incident below;

THIS JUST IN 🚨 A shocking Milk Crate Challenge ended in a shootout! 😧 It is not yet clear if anyone was shot or why they were shooting.. pic.twitter.com/iIBsXlxEd1