Taliban Take Over: ‘No Nigerian In Afghanistan’ – NIDCOM Says As Countries Evacuate Citizens 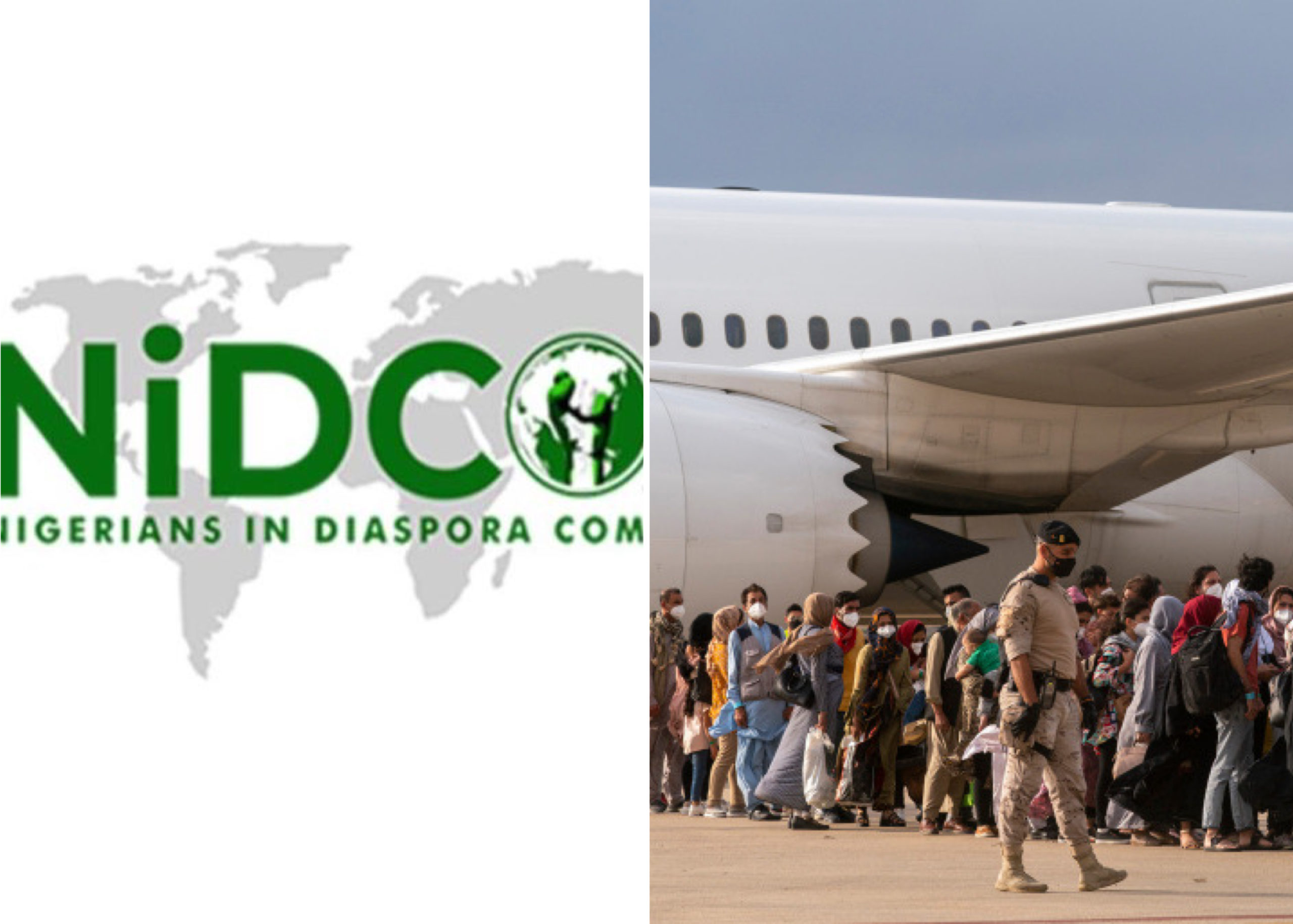 Federal Government has revealed that there are no Nigerians who needs evacuation in Afghanistan, following the takeover of the country by the Taliban.

Nigerians in Diaspora Commission (NiDCOM) explained that its findings indicated that no Nigerian national resided in the country.

According to ThePunch, findings also indicate that Nigeria has no high commission or consulate in the Asian country.

Against the backdrop of the desperation by many foreigners as well as Afghans to leave the country, NiDCOM spokesman, Abdul-rahman Balogun, told newsmen on Friday that there was no record of any Nigerian citizen living in the country.

Tens of thousands of people have been flown out of the country since 13 August, two days before the Taliban seized control of Kabul.

There are many more to be evacuated, but some nations have already halted their efforts, amid warnings of a terror attack, and said some people will be left behind.

This comes as two explosions were reported outside Kabul airport on Thursday, with fatalities and injuries.

Kabul airport has witnessed to heartbreaking scenes of thousands of people flooding its premises and even clinging on to planes on the runway in a desperate bid to get out of the country.

According to reports, approximately 88,000 people have been evacuated.

United States Secretary of State, Antony Blinken, said around 4,500 Americans had been flown out, with diplomats in touch with 500 more. US believes around 1,500 American citizens remain in Afghanistan.

While French Prime Minister, Jean Castex, told RTL radio that, at least 2,000 Afghans and 100 French people had been evacuated by France since the beginning of the operation on August 16.

Germany’s Bundeswehr has reportedly managed to safely evacuate more than 5,100 people, including over 3,600 Afghans.

However, when ThePunch asked NiDCOM if the Federal Government had plans to evacuate citizens from Afghanistan, the commission’s spokesman, Balogun said;

We don’t have any Nigerian in Afghanistan. That’s why we are not carrying out evacuation from the country.