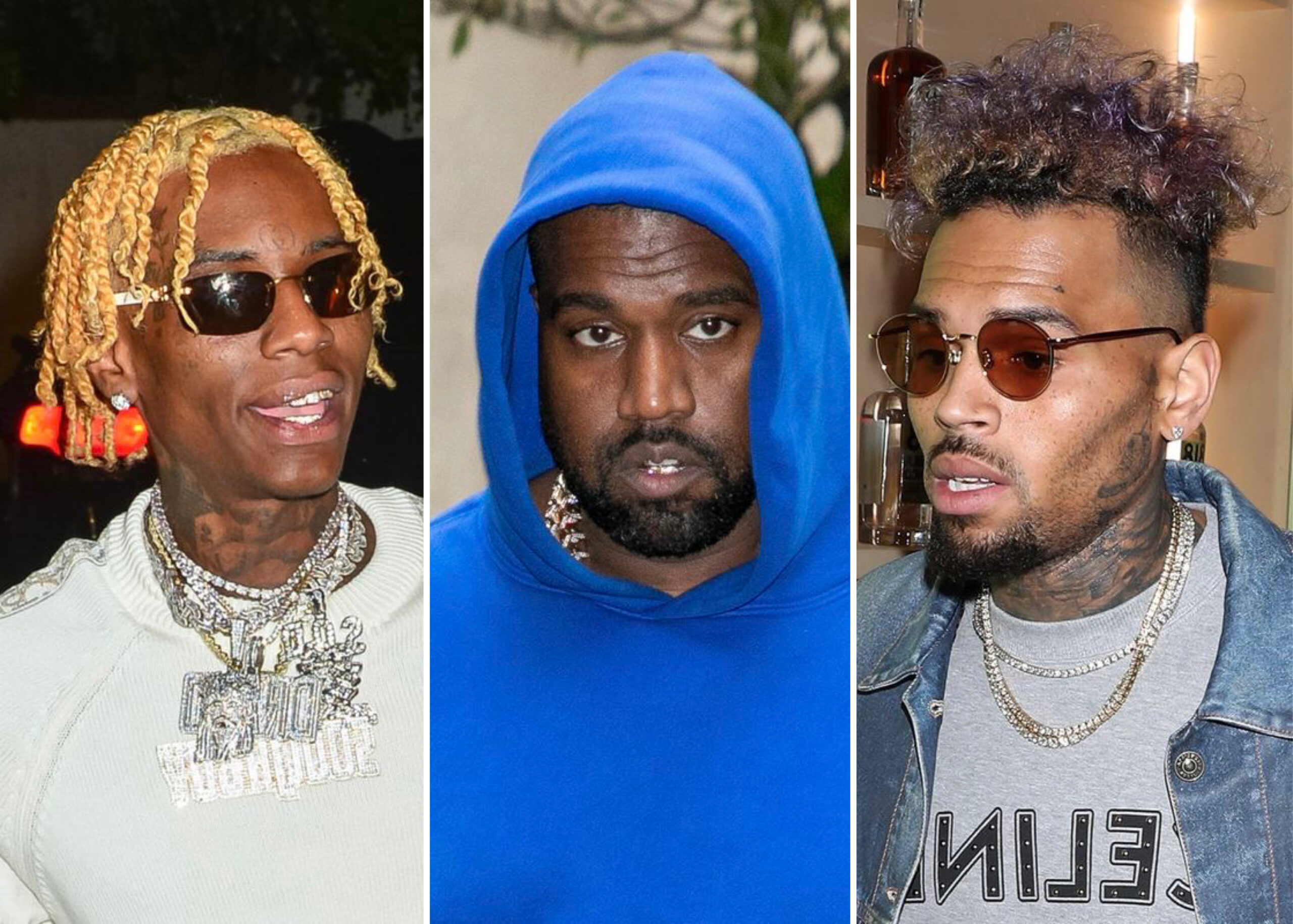 American artistes, Soulja Boy and Chris Brown have reacted after their verses were removed from Kanye West’s new album Donda.

The long-delayed LP arrived on streaming services on Sunday, August 29, but without a few key voices, they claimed.

On Twitter, Soulja alleged that Kanye removed his verse from the Donda song, “Remote Control.”

The rapper posted screenshots of his text message conversations with Kanye, in which Ye reached out to plan the collab and praised Soulja’s verse. In the texts, Kanye even invited Soulja to work on his upcoming Yeezy Gap campaign.

However, the official version of “Remote Control” that dropped on Sunday only features Young Thug and not the “Crank That” star, Soulja Boy.

Then, Soulja leaked the version of “Remote Control” that includes his verse on Twitter.

The 31-year-old rapper also dissed him by saying Kanye’s estranged wife, Kim Kardashian left the singer because of his bipolar disorder.

That nigga Kanye so pussy. Lame ass nigga thought he could be the president sit yo goofy ass down somewhere that’s why Hov don’t fuck u weirdo

Go have another rant pussy ass nigga u need help @kanyewest you ain’t have to call me in the first place who the fuk u think u is nigga?

On God. You a bitch @kanyewest and if u got a problem with what im saying I’ll knock u out my nigga

Soulja Boy also accused Kanye West of doing the same thing to Amber Rose in 2008 on the track ‘Robocop’.

He did this same shit on Robocop when Amber Rose was in the studio years ago. I hate working with this dude. He needs help seriously.

If he didn’t like the verse he should of said that don’t text me acting like u fuck wit it then secretly take it off. What kind of shit is that I was working on my album too I don’t got time for this shit

On his part, Chris Brown also took to Instagram story to air out his frustrations.

According to Rap-Up, the singer’s voice was heard on the Donda track “New Again” when it was first released on Sunday. However, the song was later replaced with a version that only features the voices of Kanye and Sunday Service Choir, while Chris is now only credited as a songwriter.

Multiple outlets reported that Chris posted and then deleted, “Kanye a whole hoe” on his Instagram Story. He later added, “Nah he tweakin.”

A source allegedly told The Shade Room that Chris “was a little heated about his verse being removed from one of the songs on the new album.”

Although Chris and Soulja didn’t make the cut, Ye’s collaboration with DaBaby, “Jail pt 2,” is now available to stream.

At first, only the version of the song that features JAY-Z, “Jail,” was included on the album. However, the second version that features DaBaby, which was played during Kanye’s Chicago listening event, was later added to streaming services.

After the album’s release on Sunday, West was quick to accuse his label of releasing it without his permission and omitting a controversial song from the tracklist, where he collaborated with rapper DaBaby and rocker Marilyn Manson.

He wrote on Instagram, “UNIVERSAL PUT MY ALBUM OUT WITHOUT MY APPROVAL AND THEY BLOCKED JAIL 2 FROM BEING ON THE ALBUM.” The track is now back on the album.

Watch a video of Soulja Boy speaking below;

Amber Rose Backtracks On Viral Old Tweet About The…