Police Rescue Two Siblings Kidnapped By Their Nanny In Benin 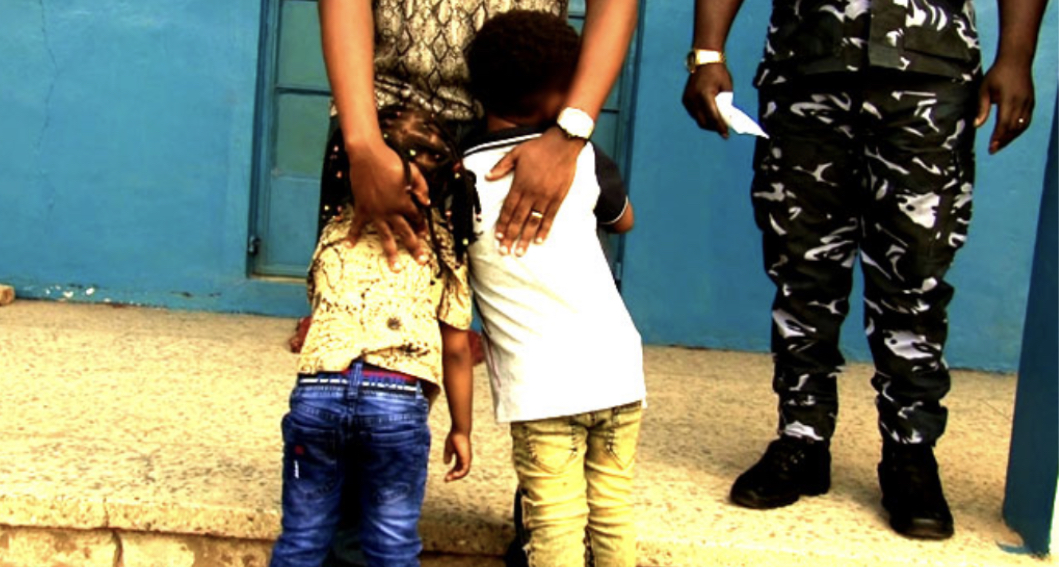 Two siblings based in Lagos state have been rescued following their abduction allegedly by a nanny simply identified by Precious.

Precious was said to have absconded with the minors – a four-year-old boy and two-year-old girl – on Monday and brought them to Benin City to a couple based abroad who were on a visit to Nigeria.

Operatives of the Anti-Kidnapping and Cybercrime Unit on 26 at about 15:35 hours arrested some suspects for the abduction of children from Lagos down to Benin City.

The principal suspect is believed to be the nanny – or what we normally call house help – of the children of Mr Ibe whom she has been staying with his family and taking care of the children.

Using her familiarity with the children, she decided to allow the devil to take the better part of her by abducting these two children … of the same father and ran down to Benin City to meet one lady – Biva Idaho, 35, who is also suspected to be the receiver and her husband, Joseph Obaze, 45, at a remote area along Ekenwan Road.

However, the woman whom the nanny allegedly brought the minors to claimed she met Precious on Instagram and became friends with her.

According to her, they had been video chatting and talking with her and the two children over the past two years.

Idaho said Precious had claimed to be the mother of the children, stressing that she and her husband had no hand in the crime.

Rather than supporting the effort of the police, Kontongs – a Superintendent of Police – decried that a group of armed men attacked the security operatives in the course of the rescue operation.

He added that the armed men whom he said belonged to some unknown vigilante group took two other children the police had rescued from the premises along with them.

The children were rescued alongside two other children in the compound that we cannot establish who the parents are. Mr Joseph decided to raise an alarm that our operatives are kidnappers and those unknown vigilante officials who were fully armed with pump-action surrounded our policemen and forcefully took over the other two children that we met in the compound and also used machetes on our police operatives.

He stated that the police would not relax and allow miscreants to take over the public space and stop security operatives from carrying out their legal duty.