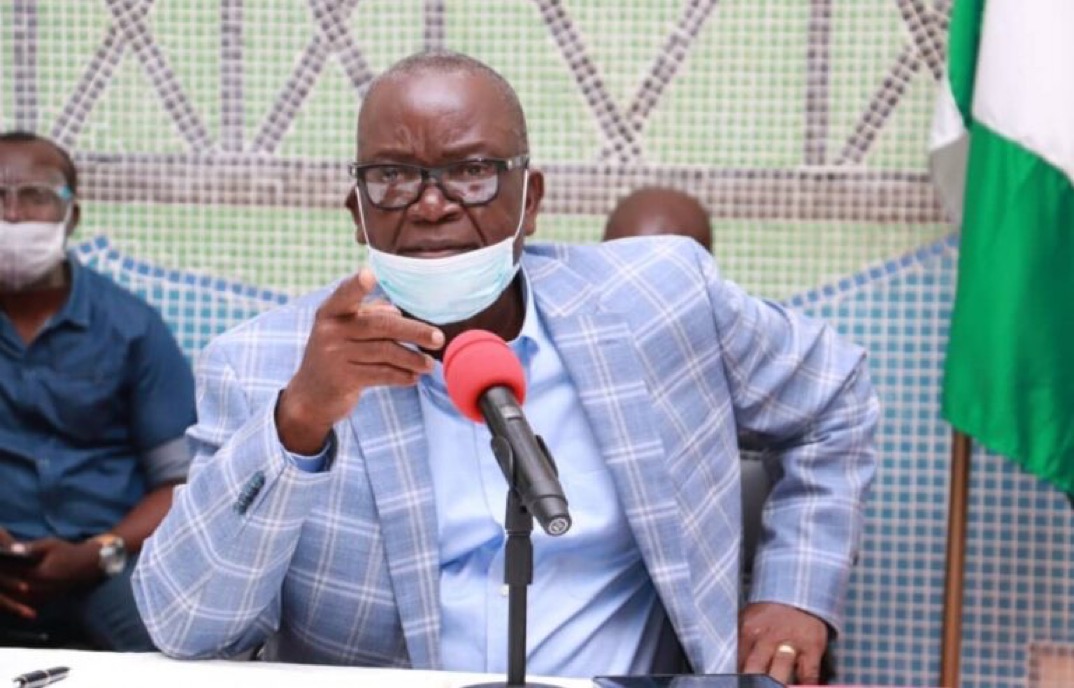 Governor Samuel Ortom of Benue state has slammed the administration of President Muhammadu Buhari, describing it as the worst in handling security matters.

He said this while speaking as a guest on Channels TV’s Sunrise Daily on Tuesday, saying he was disappointed at the way the president has handled certain critical matters in the country, especially insecurity.

The governor was reacting to the president’s open grazing policy, opining;

Mr President is pushing me to think that what they say about him, that he has a hidden agenda in this country is true because it is very clear that he wants to fulanise but he is not the first Fulani president.

Go back to 2015, what did he say, human rights issues, he talked about press freedom, about the economy, corruption, security, tell me one that Mr President has achieved.

He has achieved some level of development in other sectors but these prominent things that are concerns to Nigerians and we are all worried about.. tell me when Mr President has come out to address them. Is it corruption, we are worse in the history of this country.

While the presidency believes that open grazing could be a solution to the lingering farmers/herders clashes, Ortom believes that it will only worsen insecurity.

He said it was disappointing that despite the fact that most states have agreed that ranching is a better way to go in an attempt to resolve the crisis, the President has maintained his stance on open grazing.

If Mr President respects the law, the Land Use Act gives governors the power to preside over land administration on behalf of the people that they govern.

So it is amazing and I am surprise to hear this coming from Mr President as if he doesn’t have an Attorney General, or Lawyers around him to advise him. I think Mr President was misquoted or he did it out of error. He should come out to apologise to Nigerians.

His comments come days after President Muhammadu Buhari approved recommendations of a committee to review “with dispatch”, 368 grazing sites, across 25 states in the country, “to determine the levels of encroachment.”

Among other things, the Committee recommended the production of maps and geo-mapping/tagging of sites, analysis of findings and report preparations as well as design appropriate communication on Grazing Reserves and operations.