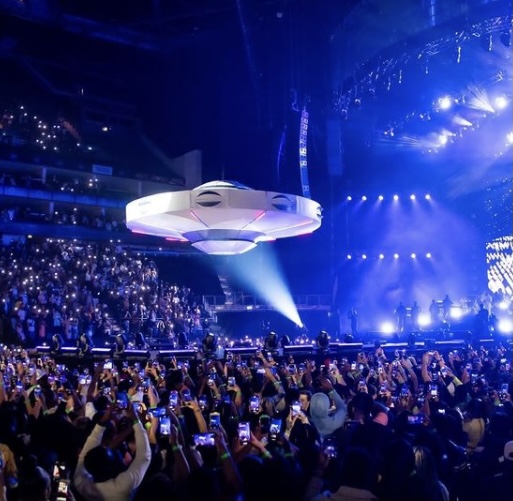 Grammy-winning singer, Burna Boy has got the world talking following his first headline show at O2 Arena in London on Friday, August 27.

One of the highlights of the event was when the African giant, as he is called, arrived at his show in a spaceship amid cheers from thousands of fans who turned up.

According to reports, Burnaboy sold out the arena with over 20,000 people filling up the venue last night. 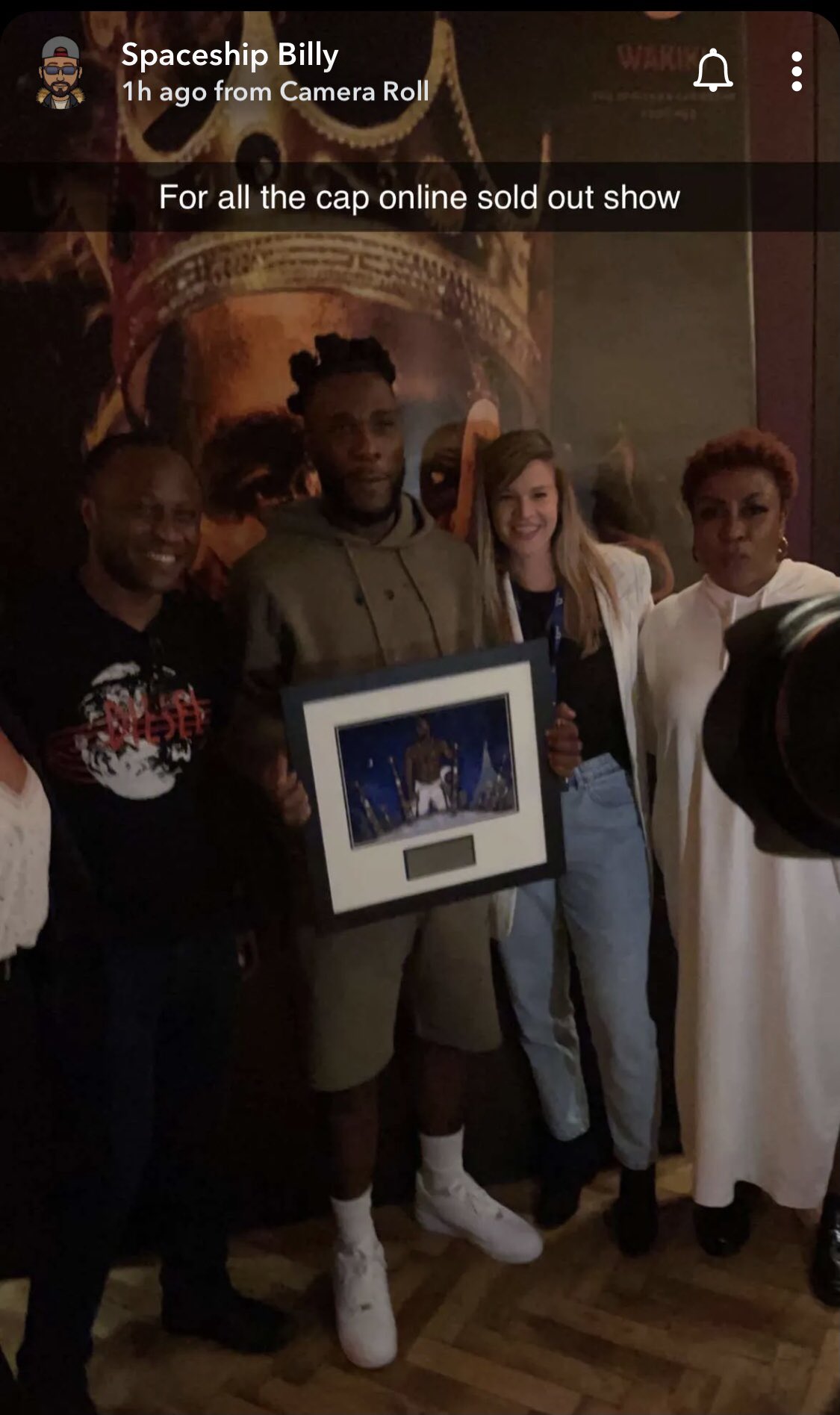 It would be recalled that in May, it was revealed that Burna Boy was set to embark on a music tour, which includes making his first headline appearance at The O2, one of London’s biggest entertainment arena in August 2021.

The London concert will be the first leg of Burna Boy’s Space Drift Arena tour. He will later proceed to Los Angeles, America in October, then head to Paris, France and Amsterdam, Netherlands in November for the rest of the tour.

The Afrofusion star first ever graced the stage of The O2 arena alongside British superstar, Stormzy at the BRIT Awards in 2020, but returned on Friday for his first-ever headline show which recorded great success.

The spaceship arrival is representation of his record label. In 2014, Burna Boy split from Aristokrat records and in February 2015 went on to launch his own label called Spaceship Entertainment. Following this, Burna Boy released his second album titled ‘On a Spaceship’ on 25 November 2015.

Following this grand arrival and beautiful performances on o2 stage, other Nigerians music stars like Omah Lay, Ruger and Rema were given their first time opportunity to performed at one of London’s biggest entertainment arena.

Wizkid made history by being the first African artiste to sell out the O2 Arena twice, first in 2018 at AfroRepublik concert held in the arena and in 2019 during the Starboy Fest.

Other artistes that have performed at the arena include Burna Boy, Davido and Tiwa Savage who also sold out the arena in 2019 and a host of other Nigeria artistes.

Watch the video of Burma’s entry below;

Bandits Release Another 32 Kaduna Baptist Students, 31 Still In Captivity – CAN