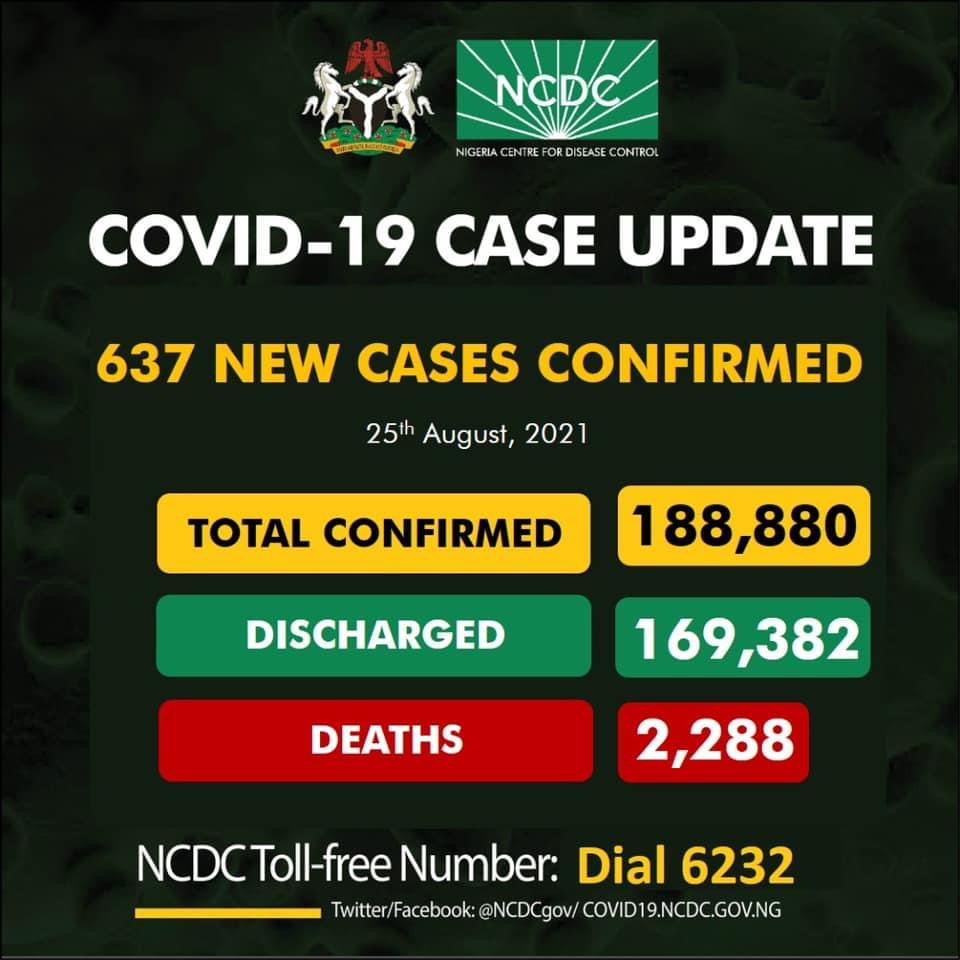 Nigeria Centre for Disease Control (NCDC) says that the country’s COVID-19 infections on Wednesday stood at 188,880.

A total of 637 additional infections and seven deaths were recorded on August 25, NCDC announced via its verified website on Thursday.

However, the new infections indicate a decrease from the 655 cases reported on Tuesday.

The public health agency noted that the seven COVID-19 related deaths recorded on Wednesday increased the country’s fatality figure to 2,288.

The agency said that there was a surge of the Delta variant in five states, and cautioned Nigerians that it was more contagious than previous versions of COVID-19.

It advised unvaccinated people to get vaccinated, adding that “everyone in areas of substantial/high transmission should wear a mask, even if vaccinated.”

The public health agency did not indicate if the majority of the known active cases were from the contagious Delta variant.

It stated that over 2,727,834 million samples of the virus out of the nation’s roughly 200 million population were tested, with an average test positivity rate of six percent.

The agency said that the country had now successfully treated 169,382 COVID-19 cases following the discharge of 347 additional people on Wednesday.

It added that the multi-sectoral national emergency operations centre, activated at Level 2, has continued to coordinate the national response activities.