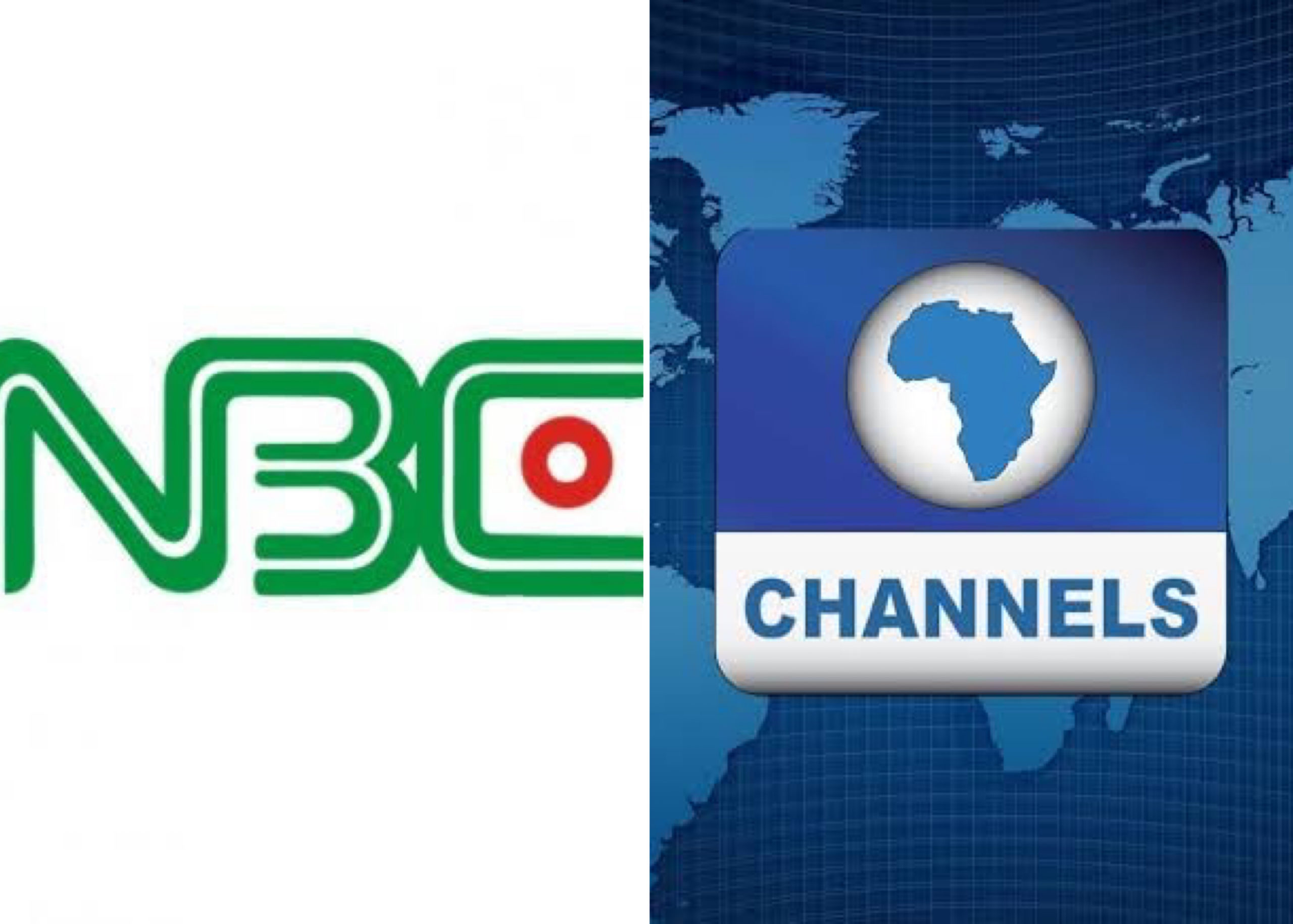 While appearing as a guest on Sunrise Daily on Tuesday, the governor accused President Muhammadu Buhari of trying to “Fulanise” Nigeria, describing his administration as the worst in handling security matters.

He said he was disappointed at the way the president has handled certain critical matters in the country, especially insecurity.

The governor was reacting to the president’s open grazing policy, expressing that;

Mr President is pushing me to think that what they say about him, that he has a hidden agenda in this country is true because it is very clear that he wants to fulanise but he is not the first Fulani president.

Go back to 2015, what did he say, human rights issues, he talked about press freedom, about the economy, corruption, security, tell me one that Mr President has achieved.

He has achieved some level of development in other sectors but these prominent things that are concerns to Nigerians and we are all worried about.. tell me when Mr President has come out to address them. Is it corruption, we are worse in the history of this country.

While the presidency believes that open grazing could be a solution to the lingering farmers/herders clashes, Ortom believes that it will only worsen insecurity.

However, in a August 24 letter titled ‘Notice of Infraction’ which was signed by Director General of NBC, Balarabe Shehu Ilelah, the comments of the governor were “divisive, inciting and unfair”.

National Broadcasting Commission monitored the broadcast of your programme Sunrise Daily between 7am and 9am on Tuesday August 24, 2021.

The programme which had as guest the Executive Governor of Benue State, Governor Samuel Ortom was observed to contain inciting, divisive and unfair comments which were not thoroughly interrogated by the anchors.

It stressed that Ortom’s statement negates some provisions of Nigeria Broadcasting Code and that;

Consequently, Channels Television is required to explain why appropriate sanctions should not be applied for these infractions of the Nigeria Broadcasting Code. Your response should reach the Commission within 24 hours of receipt of this letter. 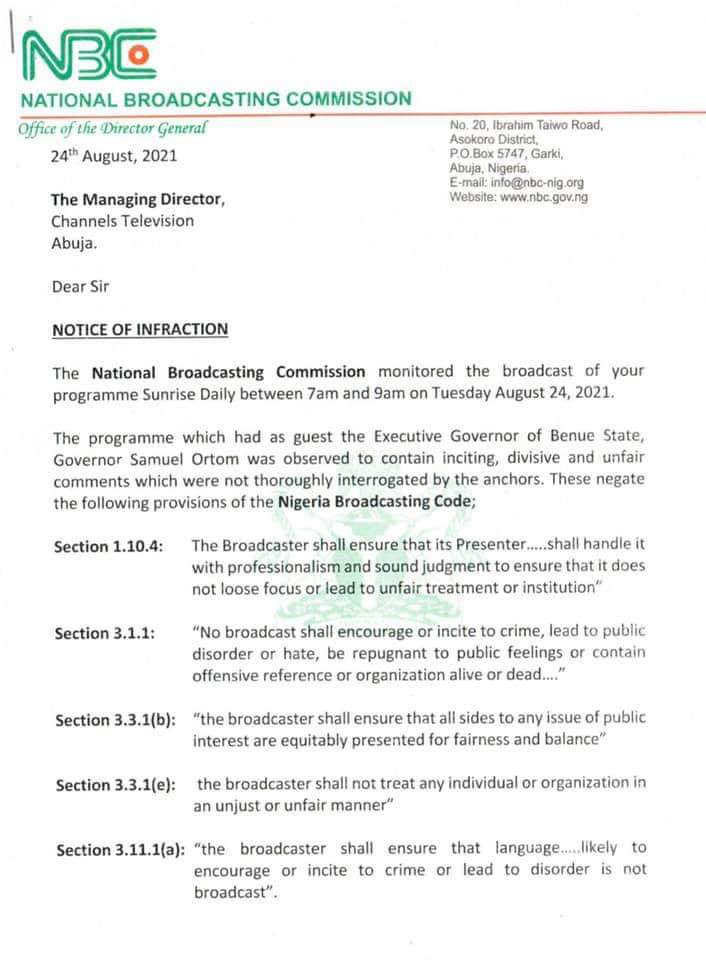 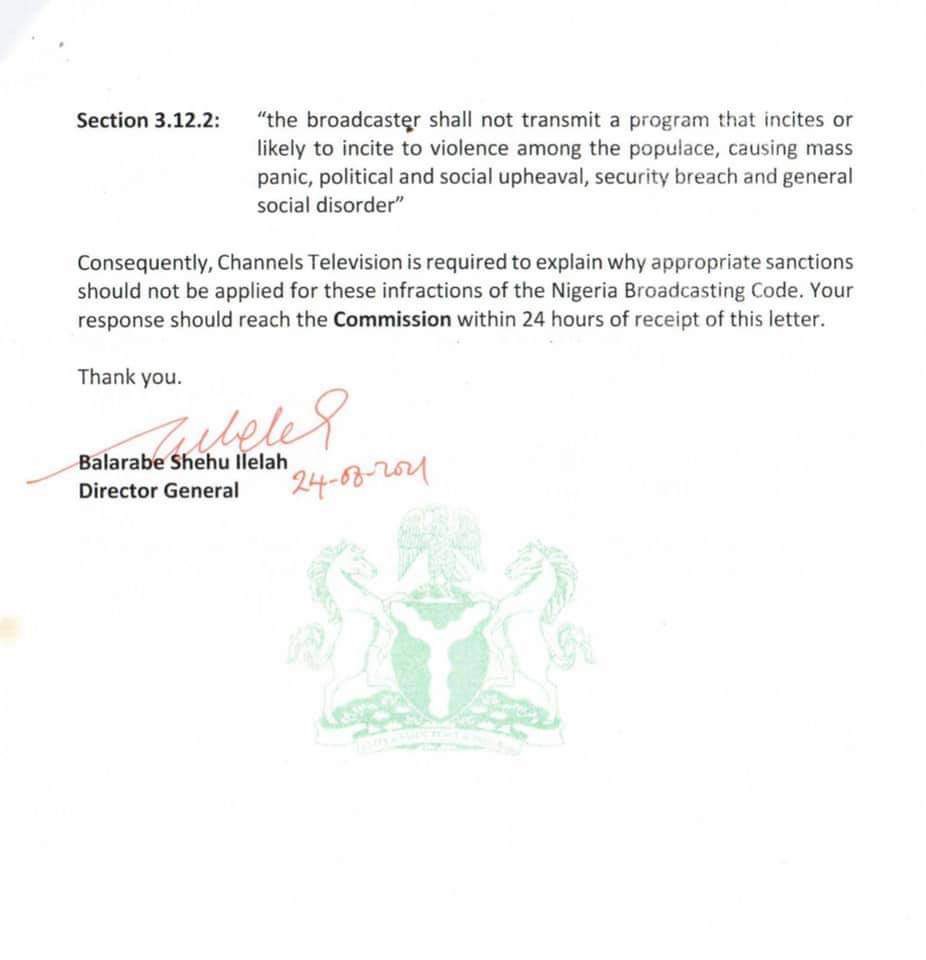