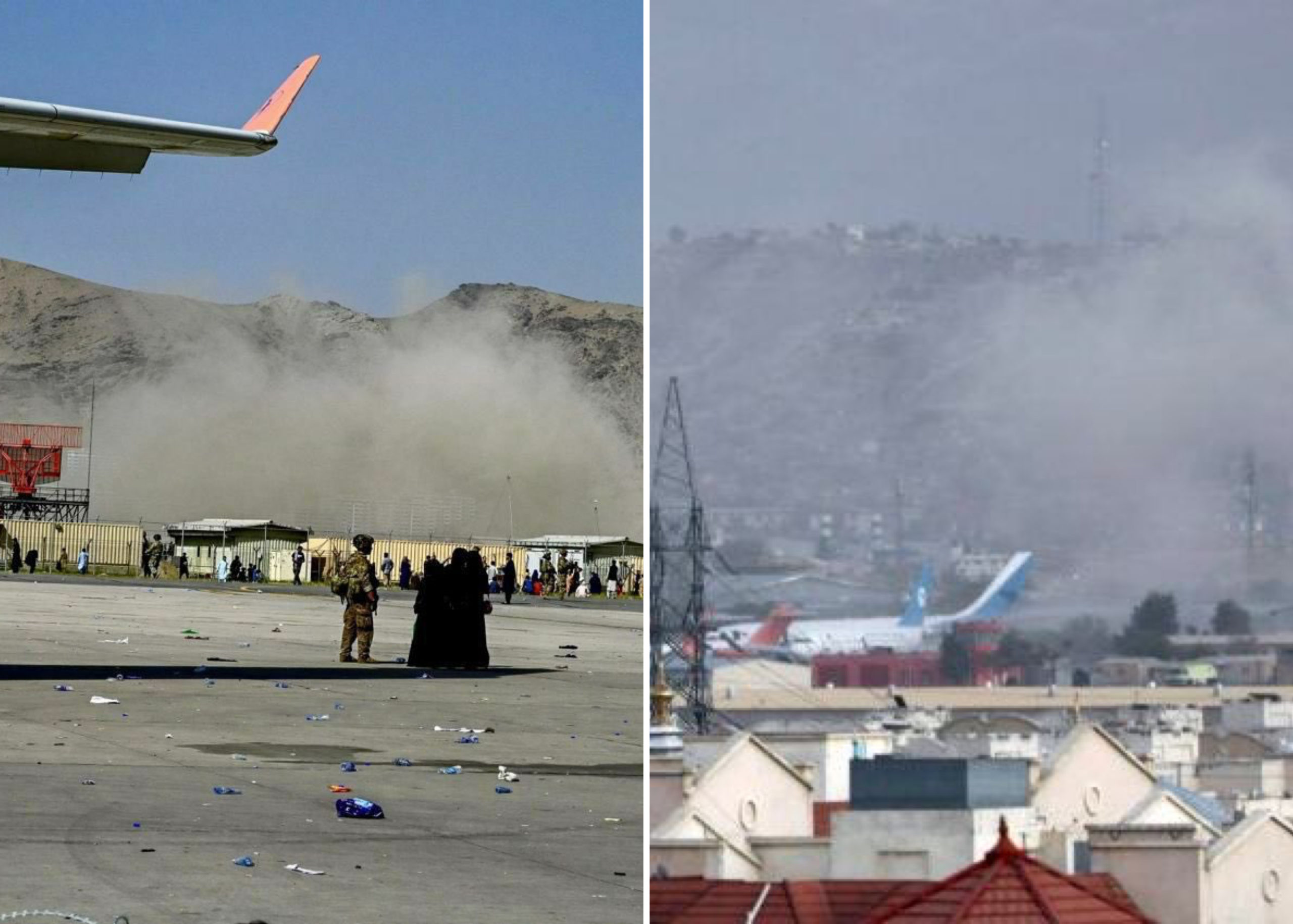 There has been an explosion outside Kabul airport in Afghanistan on Thursday, amid efforts to evacuate foreign citizens and diplomats out of the country.

We can confirm an explosion outside Kabul airport. Casualties are unclear at this time. We will provide additional details when we can.

We can confirm an explosion outside Kabul airport. Casualties are unclear at this time. We will provide additional details when we can.

Abbey gate had been closed after several countries had asked people to avoid the airport earlier in the day due to a terrorist attack threat.

A suicide bomber reportedly detonated explosives at the airport in Kabul where the U.S. military personnel were injured. Another explosion was heard at Baron Hotel in Kabul, Fox News reported citing officials.

It was unclear how many people were injured in total. No immediately fatalities were reported, but several media outlets said the intensity of the airport bombing might have killed some travellers.

The attack came barely hours after the Western nations warned of a credible threat of attack at the airport, which has seen an unprecedented upsurge in travellers as foreigners and Afghans scamper to leave the country in the wake of Taliban takeover.

James Heappey, British armed forces minister, early on Thursday, said there was “very, very credible reporting of an imminent attack” at the airport”.

Similarly, Alexander De Croo, Belgium prime minister, said his country had received information from the US and other countries about the “threat of suicide attacks on the mass of people”.

London also issued a warning to its citizens, saying “if you can leave Afghanistan safely by other means, you should do so immediately”.

US government and its allies raised the alarm with a series of advisories warning their citizens to avoid the airport but no specifics were given in the terror advisories.

Recall that on August 15, Taliban fighters invaded Kabul, and took over power after Ashraf Ghani, the Afghanistan president, fled the country.

Thousands of Afghans had flocked to the airport as they tried to get on evacuation flights in an attempt to flee the country.

Taliban had pledged not to attack western forces during the evacuation but insisted that the process must be completed by August 31.

Afghans and foreigners have fled Afghanistan via the US-led airlift since the hardline Taliban movement took control of the country on August 15.

Huge crowds continued to throng the airport, their bid for a way out of Taliban rule becoming increasingly desperate ahead of the August 31 deadline set by Biden to end evacuations and withdraw troops.

Biden and his aides have not budged on the hard deadline — even as some foreign nations warned they would be forced to leave at-risk Afghans behind.

US Pentagon earlier Thursday reiterated that operations would continue until the cut-off despite CIA sending its top man to Kabul to negotiate an extension of the August 31 withdrawal deadline for U.S. and allied personnel still trapped in the country.

President Joe Biden also maintained that the withdrawal date remained sacrosanct for Americans and their allies.

Several Western allies have already wrapped up their airlift operations including Canada, whose government said it was “truly heartbreaking” to leave behind those who wanted to be rescued.

Taliban have promised a softer brand of rule from their first stint, which ended in 2001 when the United States invaded because they gave sanctuary to Al-Qaeda.

However, many Afghans fear a repeat of the Taliban’s brutal interpretation of sharia law, as well as violent retribution for working with foreign militaries, Western missions or the previous US-backed government.

There are particular concerns for women, who were largely banned from education and employment and could only leave the house with a male chaperone during the group’s 1996-2001 rule.

Some of the Afghans massed outside the airport have foreign passports, visas or eligibility to travel, but most do not. Several people have died in the chaos around the airport in recent days.

Despite the harrowing scenes, the Taliban have ruled out any extension to next Tuesday’s deadline to pull out foreign troops, describing it as “a red line”.

Turkey, which had more than 500 non-combat troops stationed in Afghanistan, on Wednesday said it had started pulling out its forces.

The withdrawal signalled an apparent abandonment of the plans it had been negotiating to help secure Kabul’s strategic airport after the American departure.

Viewers discretion advised! See some graphic photos and videos below; 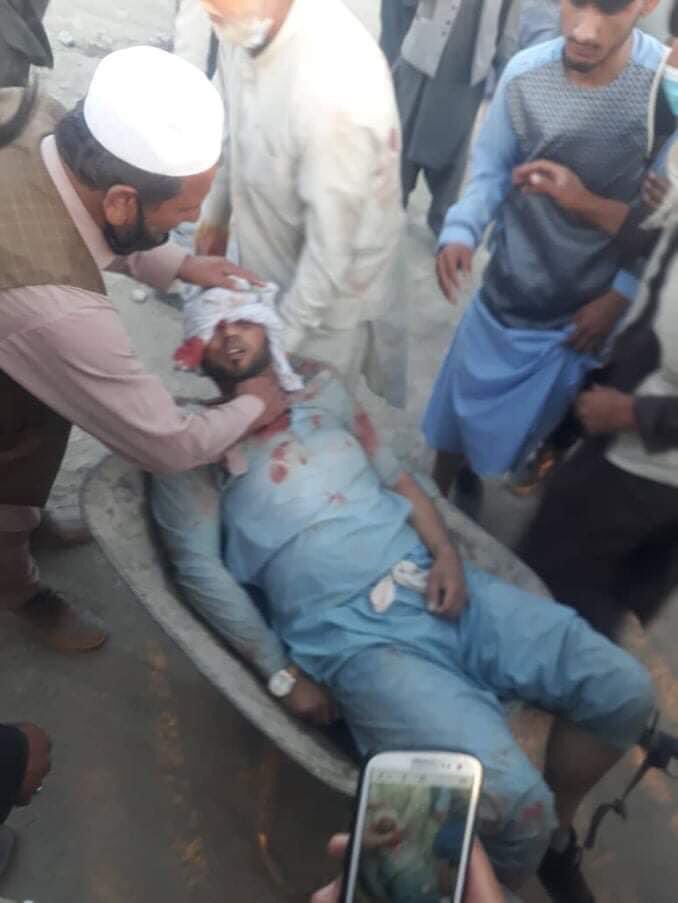 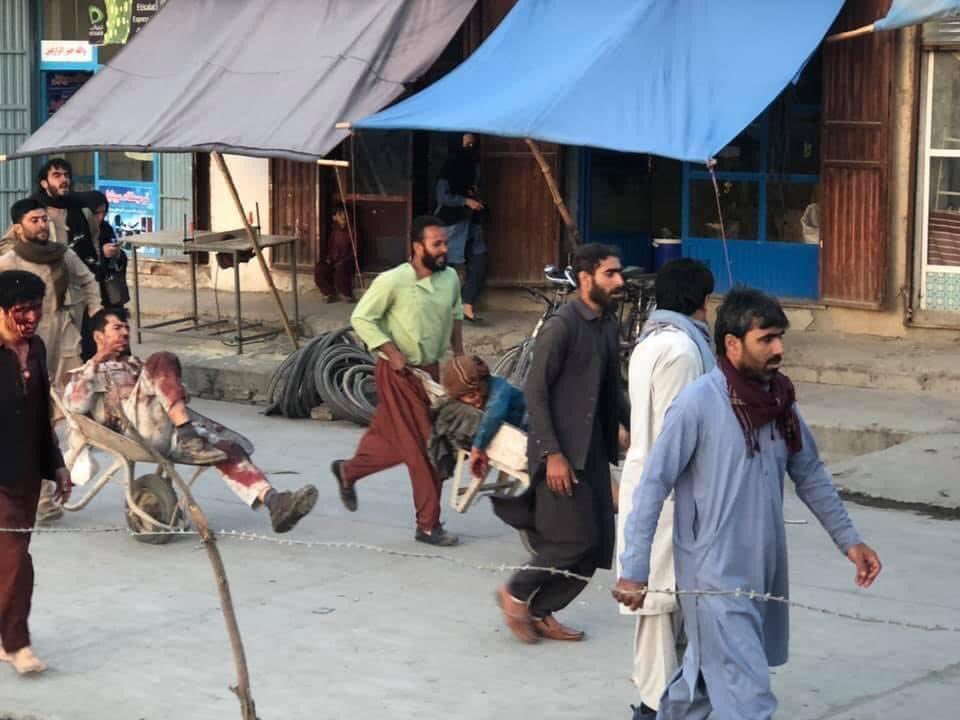 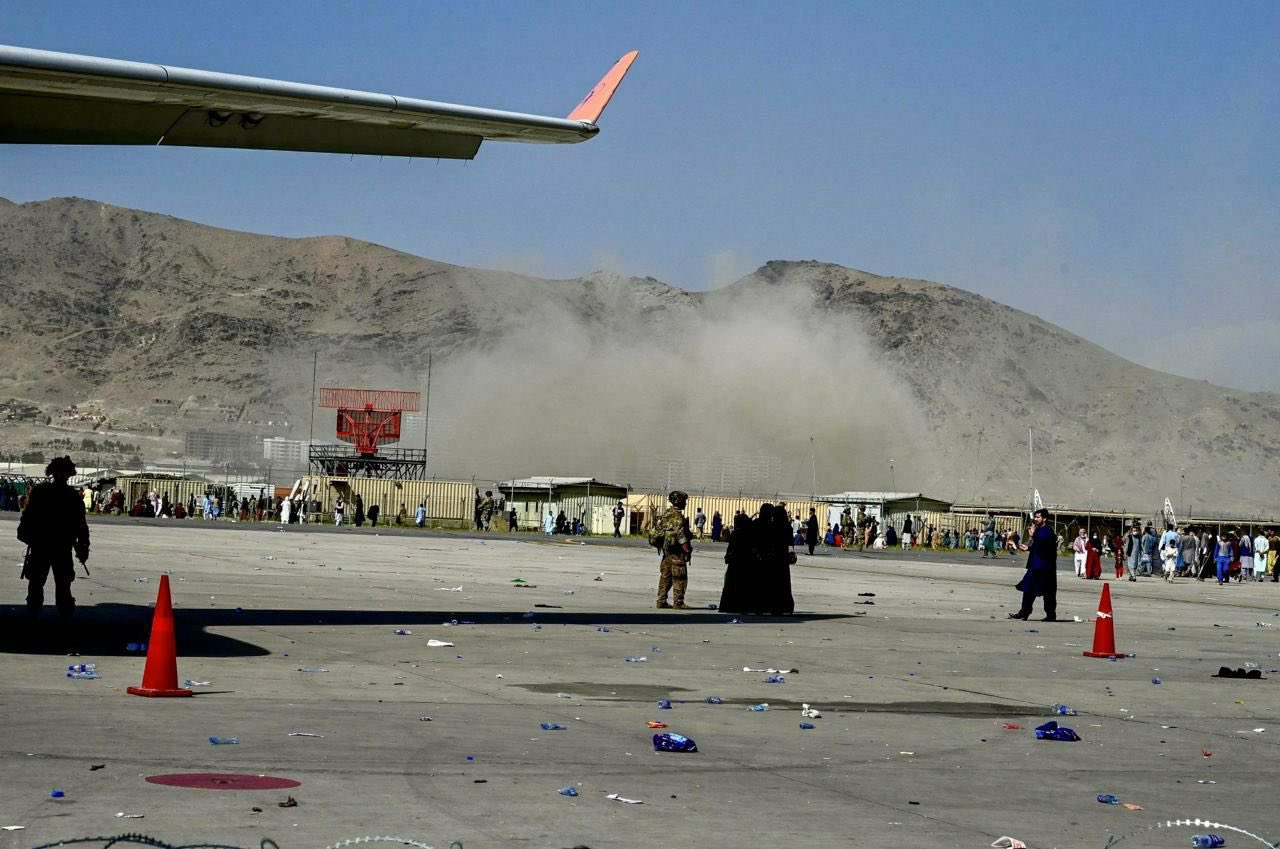 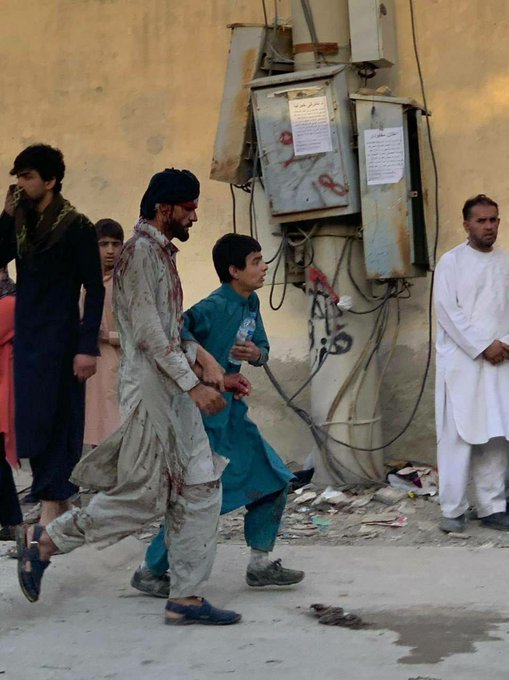 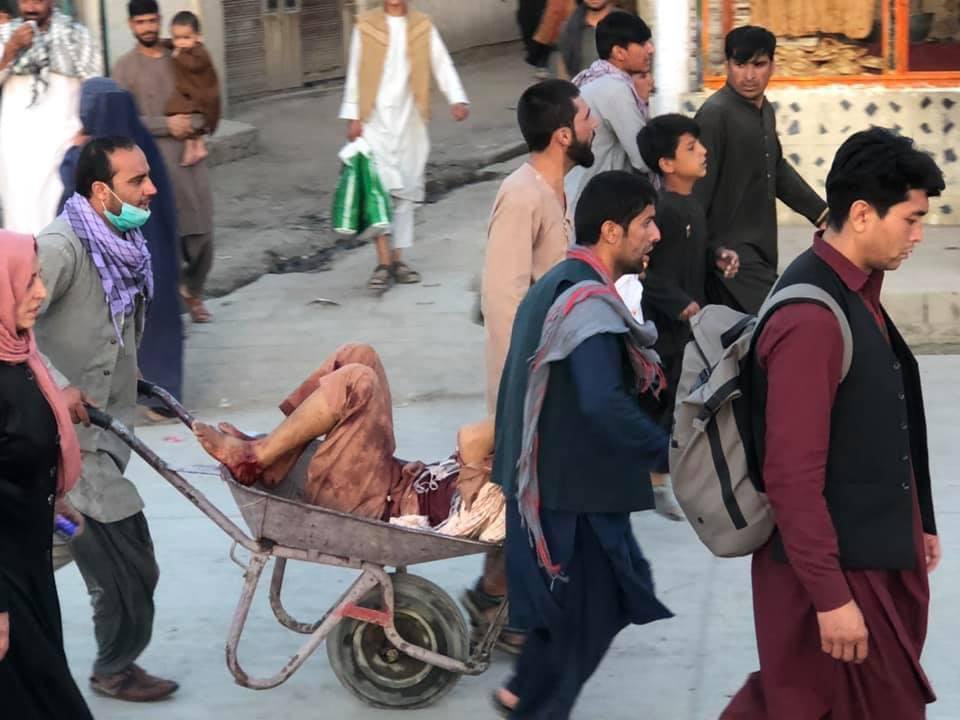 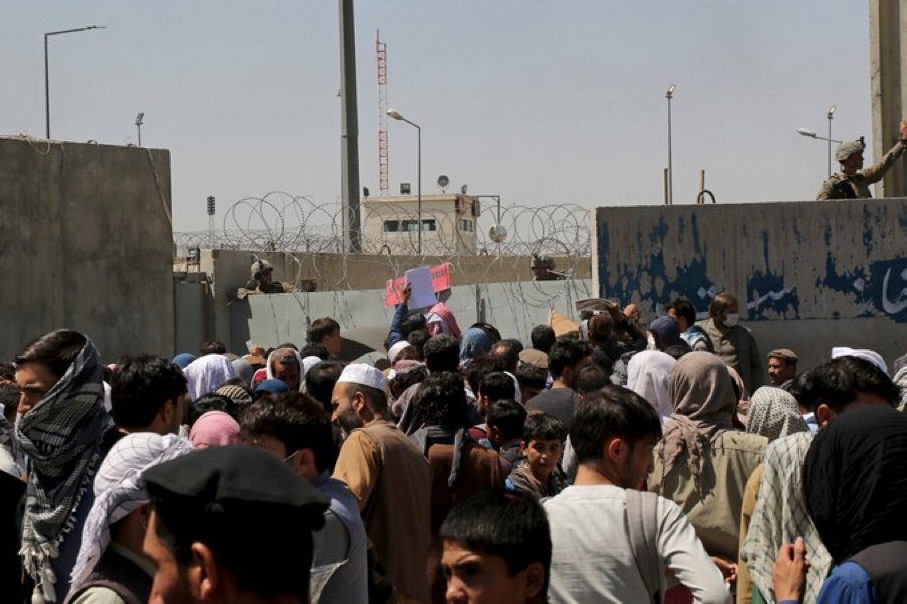 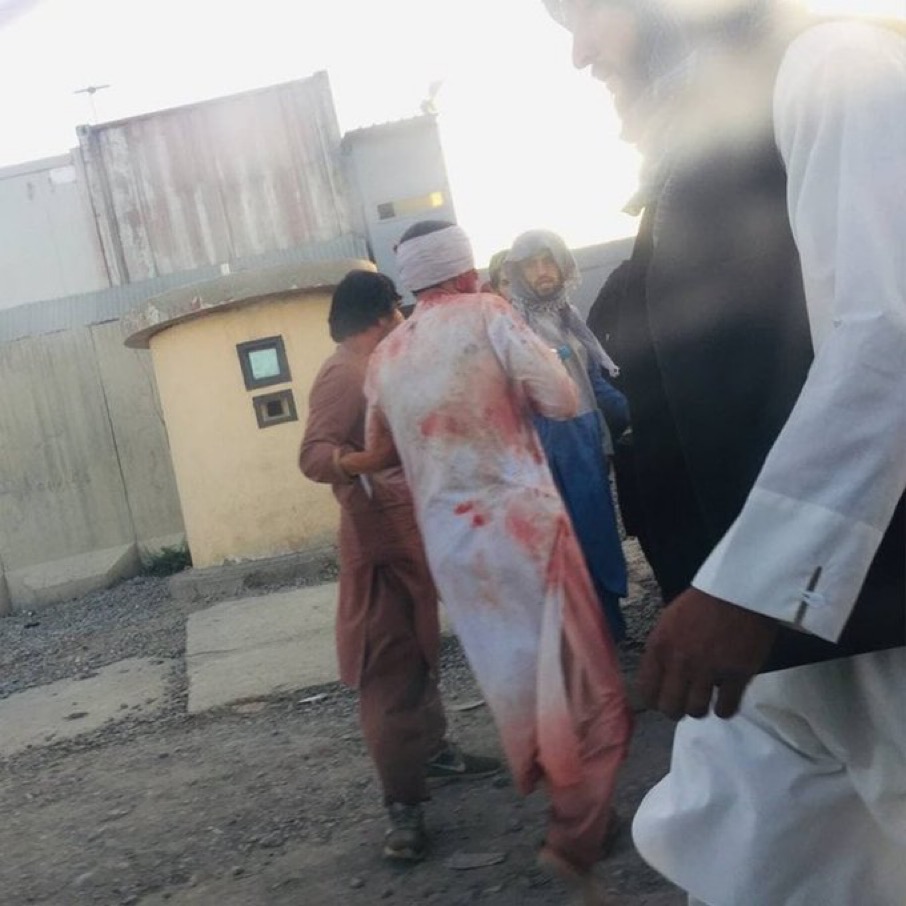 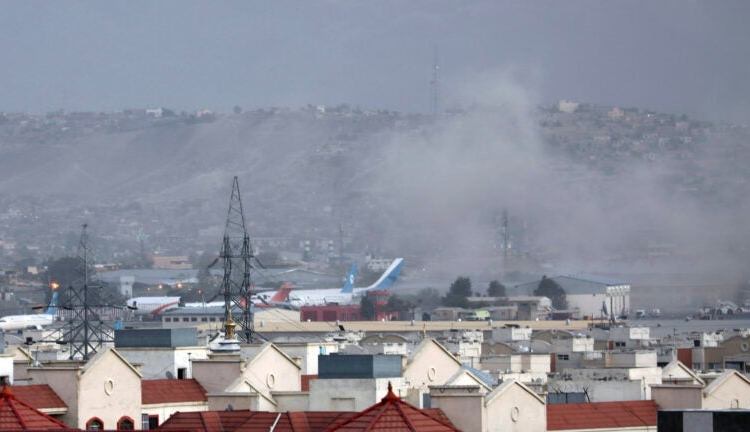 Warning (Graphic Content): Casualties are piling up in the aftermath of the #KabulAirport explosion. At least 13 have been killed, and multiple reports indicate that US troops & citizens are among the casualties.pic.twitter.com/jP5fHQ9bBu