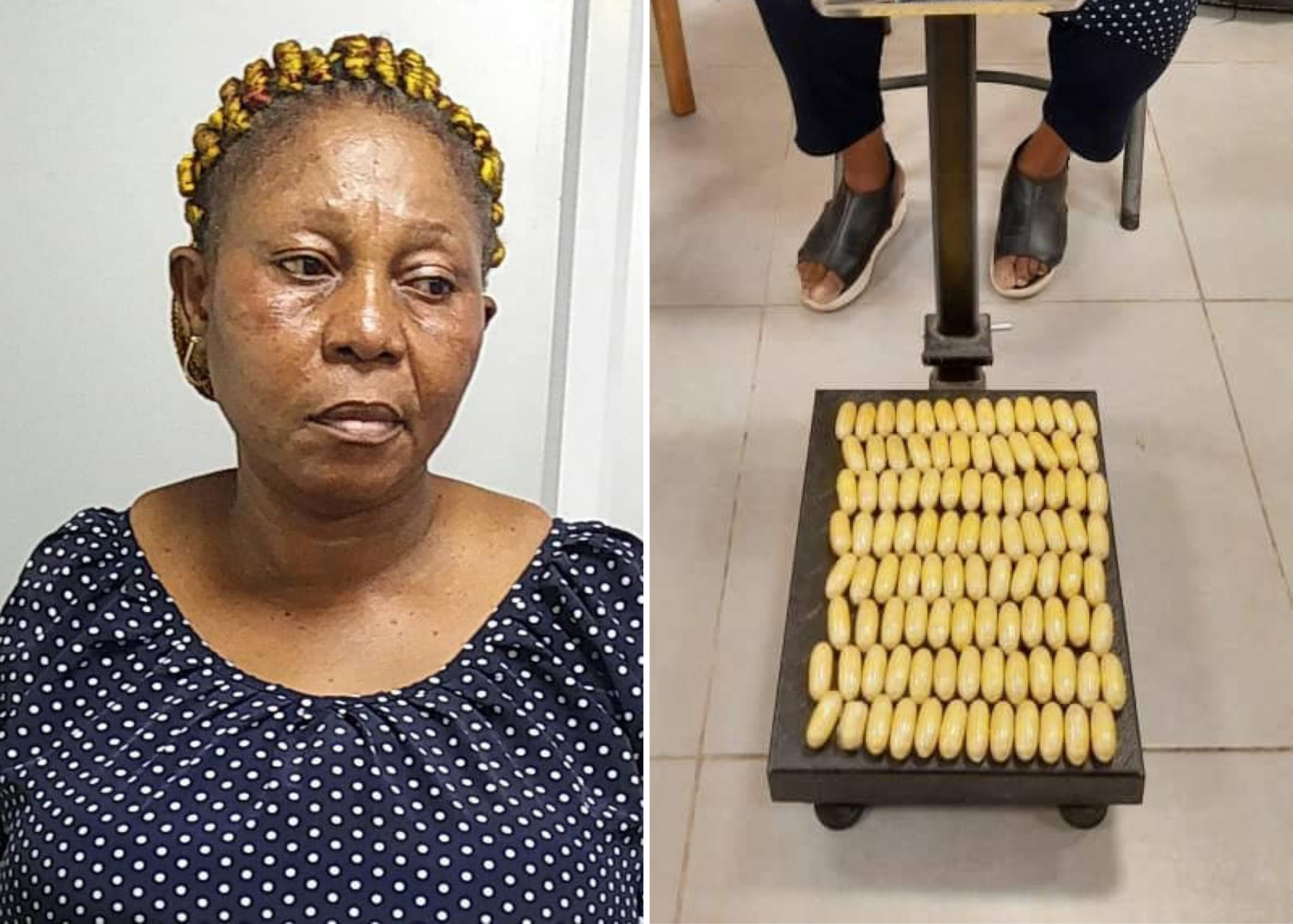 Mrs. Nnadi was arrested on Tuesday, August 3, during the outward clearance of passengers on a Qatar Airways flight to Florentine, Italy.

A statement by Femi Babafemi, Director, Media & Advocacy said; “The drugs found on her were concealed in five containers of hair relaxer cream.” 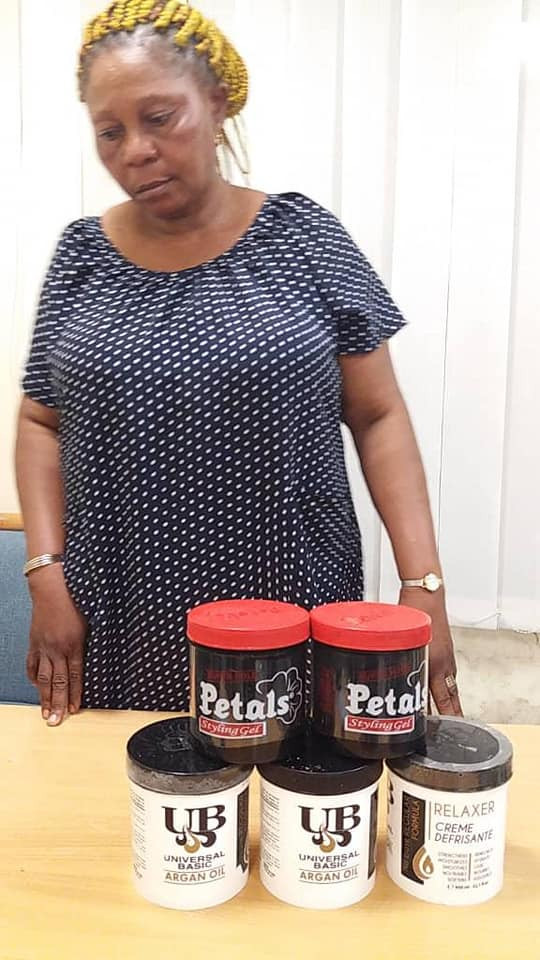 In the same vein, on Thursday, August 12, operatives of the MMIA Command of the Agency intercepted a United Kingdom-bound consignment of illicit drugs at NAHCO export shed of the airport.

Further investigation reveals the consignment contains 66.600kg of cannabis sativa; 1.600kg heroin and 1.450kg of cocaine with a combined weight of 69.65kilograms, all concealed inside cosmetics.

Earlier on Thursday, August 5, narcotics officers on routine patrol intercepted another consignment of 25.8 kilogrammes of cocaine and cannabis concealed inside foodstuffs going to London, UK at NAHCO export warehouse.

When the export package was opened and examined, 2.3kg of cocaine and 23.5kg of compressed cannabis were discovered inside.

Chairman of NDLEA, Brig. Gen. Mohamed Buba Marwa (Retd) has commended the officers and men of MMIA command for the huge seizures and arrest. 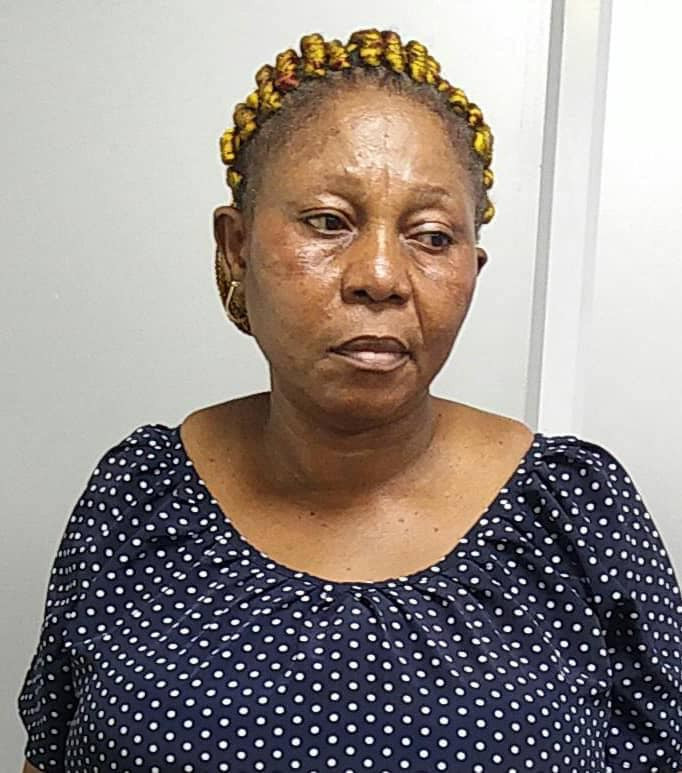 He charged them to sustain the current momentum, assuring them that President Muhammadu Buhari recognises their efforts and would continue to motivate them to do more.