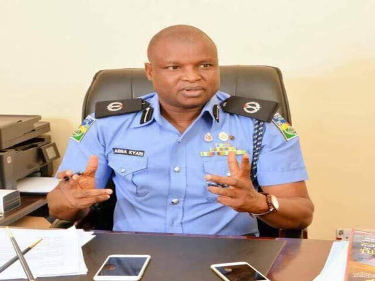 An in-house panel has been set up by Police Service Commission to study the documents presented by United States Federal Bureau of Investigation (FBI).

The document indicted suspended Deputy Commissioner of Police, Abba Kyari in an international fraudulent scheme reportedly carried out by Instagram celebrity, Abbas Ramon, also known as Hushpuppi and his gang.

Though, Kyari was earlier probed by a Police investigative panel set up by Inspector-General of Police (IGP), Mohammed Adamu, and headed by Joseph Egbunike, a Deputy Inspector-General of Police, a new panel set up by the Police Service Commission to probe him is being headed by Barr. Tijani Mohammed, Director, Department of Police Discipline in the commission.

The panel was inaugurated by the Permanent Secretary/Secretary to the commission, Alhaji Abubakar Ismaila.

Head of Press and Public Relations of PSC, Ikechukwu Ani, announced this in a statement on Thursday in Abuja.

Recall that DCP Kyari was on July 31 suspended by the PSC, following recommendation by the Inspector General of Police (IG), Mr Usman Baba.

The recommendation followed a bribery allegation brought against him by U.S Federal Bureau of Investigation (FBI).

FBI alleged that the suspended DCP was paid a bribe by a serial internet fraudster, Ramon Abbas, aka Hushpuppi, to arrest one of his friends in a $1.1million (over N583,300,000) deal.

Hushpuppi asked Kyari to arrest and jail a fellow fraudster, Kelly Chibuzor Vincent after both were locked in a dispute presumably over how to share the loot received from the Qatari businessperson.

Vincent subsequently contacted the victim and informed them that they were being scammed by a syndicate involving him and Hushpuppi.

This elicited anger from Hushpuppi, who contacted Kyari to arrest and jail his rival over the dispute. Hushpuppi said Kyari sent pictures of Vincent in jail and subsequently sent a bank account number to him (Hushpuppi) to which a wire transfer should be made having done a ‘good‘ job as sent by Hushpuppi.

Speaking further, Ani said that the PSC panel would examine the facts of the allegations as contained in the FBI indictment, as well as the extant rules to keep abreast with the matter, pending the submission of the Police Investigative Panel report.

He added that the idea was to analyse the information gathered and make appropriate recommendation/s to the commission.

The PSC spokesman said the report of the panel would assist the commission take an informed decision after the submission of the Police Investigative Panel report.

US Confirms First Omicron Case In Traveler Returning From…

US Reopens Borders After 20 Months